Dominic Calvert-Lewin has endured a disappointing campaign. Much like Everton’s start to the season, Calvert-Lewin’s displays at the beginning of the season were promising. He scored in each of the Toffees’ first three games in the Premier League and was showing signs of replicating his form in the previous season under Carlo Ancelotti, where he scored 16 goals in 33 league appearances. That was until things took a turn for the worse. The 24-year-old suffered two major injuries that have kept him out of the squad for the majority of the season. His absence has been a source of misery for the Everton fans, as he has been Everton’s main source of goals for the past two seasons.

During his absence, Everton have endured a chaotic time on and off the pitch. Their poor form has seen them drop near the relegation zone at the sixteenth spot. While the Toffees are still four points clear of the zone, they would need to mount a strong comeback ahead of the international break to finish near the top half of the table.

The appointment of Frank Lampard as the manager has been welcomed by a large majority of Everton fans. During his time at Derby and later at Chelsea, Lampard integrated many youth players from the academy into the first team, and Everton fans seem excited at the prospect of promotion of their talented youth players from the academy. Although, there is a consensus that Calvert-Lewin very much remains a vital part of the attack and their main goal threat. Before his appointment as Everton’s manager, Lampard reportedly told Everton hierarchy to refuse any approaches for Calvert-Lewin, as the striker was a subject of interest for Arsenal, a scenario that highlights that Calvert-Lewin is very much in Lampard’s plans.

Let’s take a look at his stats in order to gauge whether the English striker can improve under Lampard.

The above viz. provides an overview of Calvert-Lewin’s stats. Despite his fewer appearances this season, the striker has fared well in terms of the majority of the attacking & creativity stats. His shot accuracy, average headed shots, and successful attacking actions have been impressive. We can see in his passing & progression stats that he has maintained a passing accuracy of 88%, although that can be attributed to his fewer appearances. Calvert-Lewin displays decent ball control, passing, and vision. His aerial ability is impressive, and he is strong in aerial duels. 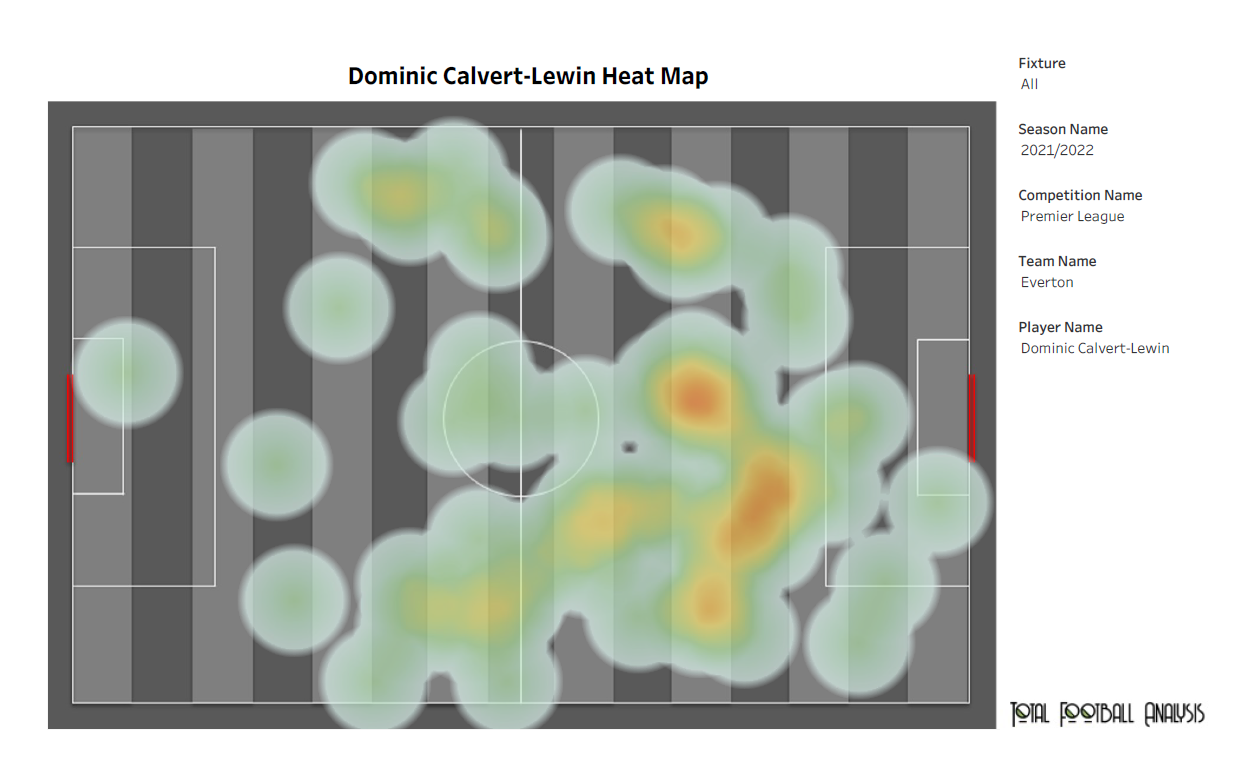 His ‘heat map’ displays the locations of the pitch where he has been most active. We can see that he spends most of his time in front of the opposition box, while also drifting into the half-spaces. In addition, we can get a sense of his defensive work rate as well. Calvert-Lewin is adept at exploiting the space behind the defenders, and his runs are often problematic for the defenders. His link-up play is also impressive as he can hold up the ball and play a pass into the channels, bringing others into the play. 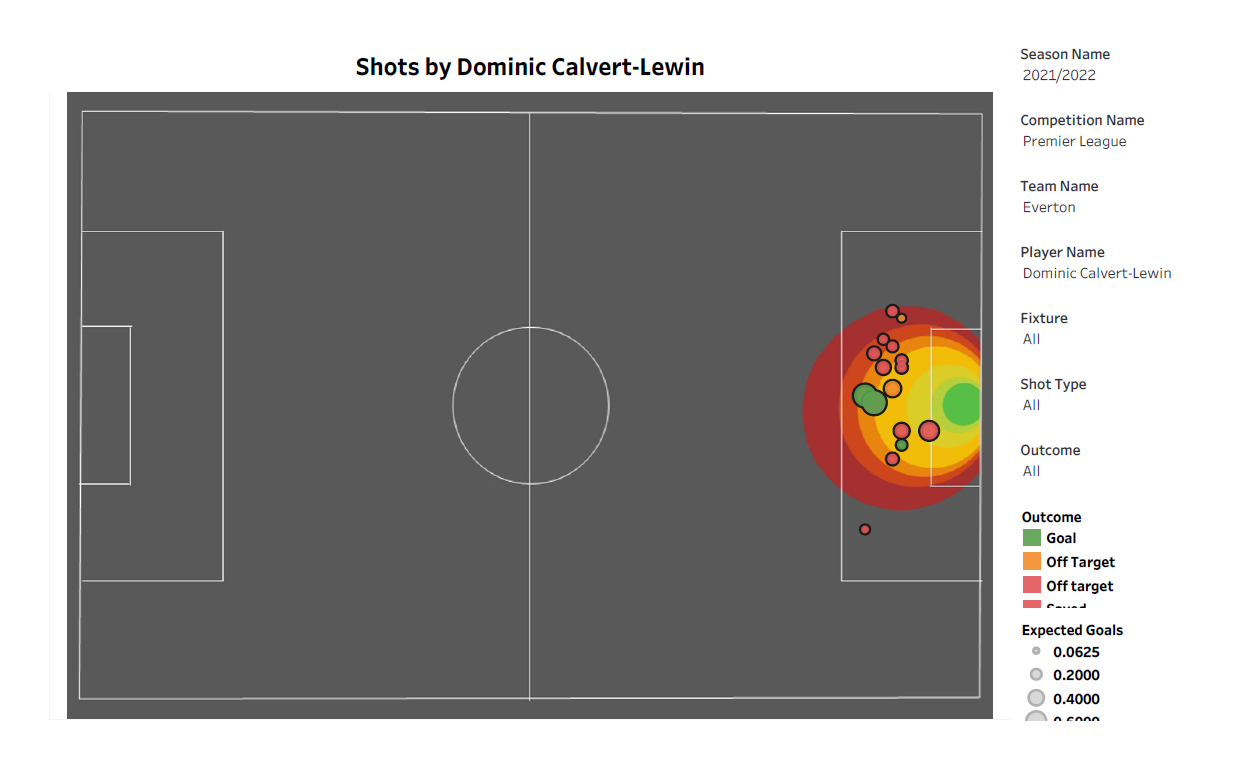 In the above viz., we can see Calvert-Lewin’s shot map from his six appearances in the league. We can see that he has taken all of his shots from inside the opposition box, further highlighting his adeptness at running behind the defenders. So far, he has scored three goals, all from inside the box.

There is no doubt that Calvert-Lewin would be integral if Everton are to turn around their fortunes and move up the league table. He has proved in the previous seasons just how threatening he is in front of the goal. Calvert-Lewin has all the goods that a striker needs, and he could reach peak form depending upon how Lampard deploys him.