Everton have completed the signing of Wolves captain Conor Coady on a season-long loan. A boyhood Liverpool fan, he was an integral part of Wolves squad that earned a promotion to the English Premier League and also played a huge role in their survival in the English top division. Everton were looking for players who could improve the situation at the club. They approached the 29-year-old, and he couldn’t decline a move to Merseyside. James Tarkowski was the first centre-back signed this season by Frank Lampard. Now, he has added another experienced player, and let us have a look at some of the stats that show how Coady could stabilise Everton’s defence in a long season up ahead. 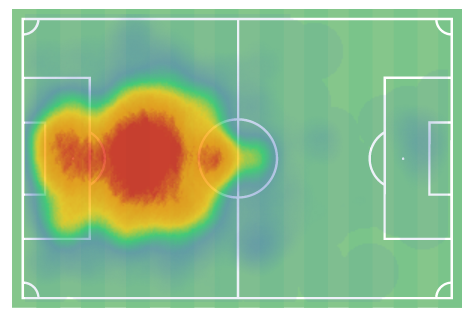 Coady has made 152 appearances in the English Premier League and scored five goals. He played every game last season and scored four goals. He played as the centre-back in a five-man defence for Wolves. The above viz shows the heat map of Coady from last season. It shows that Coady was the main defensive enforcer as he operated from the heart of the defence. Everton played their most recent game in a three-at-the-back formation. Frank Lampard will look to fit the English international into a similar role. 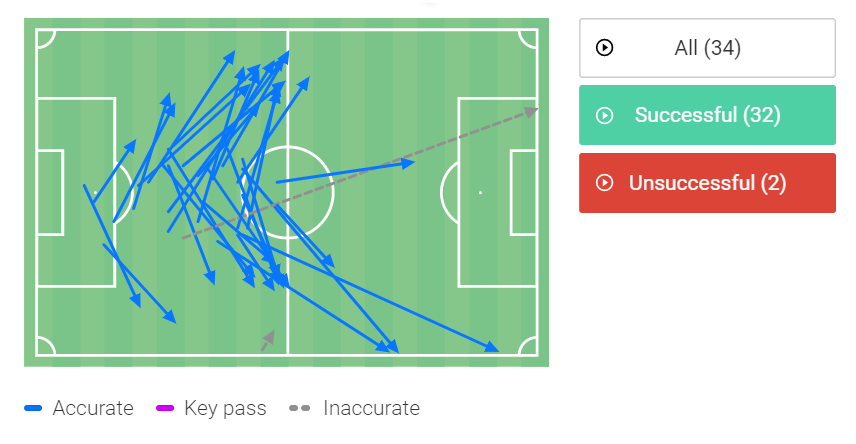 Coady is a modern-day defender who is comfortable with the ball at his feet. He is confident on the ball, and his stats from last season also show the same. He averaged more than 41.8 passes per match with a high accuracy rate of 91.5%. 1,590 passes were attempted last season, and these included 106 passes to the final third and 13 passes into the opposition’s penalty box. The above viz shows his passing stats against Norwich City in Gameweek 37 of the English Premier League 2021/22 season. Coady attempted 34 passes, and 32 of them landed on the feet of his teammates. The pass map shows that Coady was responsible for distributing the ball to the flanks, and that allowed his wing-backs to make forward runs. Lampard will be expecting the same from his new signing. 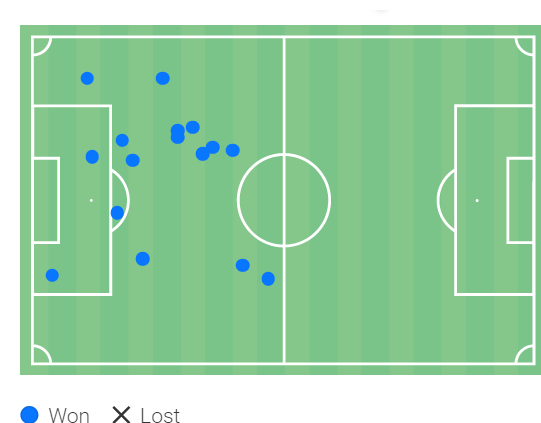 Defensively, the centre-back was involved in 285 duels and won 57.5% of them. These 285 duels included 141 defensive duels, 73 aerial duels, and 63 loose ball duels. Coady is a tall figure who is strong in the air and can win aerial duels. Last season, he won 63% of his aerial duels, 59% of his defensive duels, and 50.8% of the loose ball duels. The win percentage is high in comparison to other defenders, and that will be a big positive for Lampard. His other defensive contributions included 208 interceptions, 301 recoveries and 101 clearances. The above viz shows the recoveries Coady made against Brighton. He recovered the ball 16 times in that match, with a few coming in the middle third. This shows that Coady can also play a high defensive line when the team is attacking.

Lampard will look to fit the player into the starting XI as soon as possible. Mason Holgate was injured during the last game, and this could open the door for the new signing. Last season, Coady also scored four goals, and with Yerry Mina also in the squad, Everton could prove to be a threat inside the opposition’s penalty box. The 29-year-old will be eager to make his debut for the club this weekend.