Everton have been linked with a lot of players in the recent transfer window. Frank Lampard is looking to rebuild his side and has set his sights on players who can help Everton in the long run. Richarlison, their main player, moved to English Premier League rivals Tottenham Hotspur for a large fee. They have to find an alternative to replace him and add more players to their vulnerable attack. To improve their attack, the Merseyside team has focused its attention on former Manchester City striker, Edin Džeko. Inter Milan recently signed Romelu Lukaku, meaning that the Bosnian’s playing time will be affected. He is towards the end of his career and would like to play more games before hanging up his boots. Everton have a young attack and the experience of a 36-year-old could help the English club achieve their goals next season. 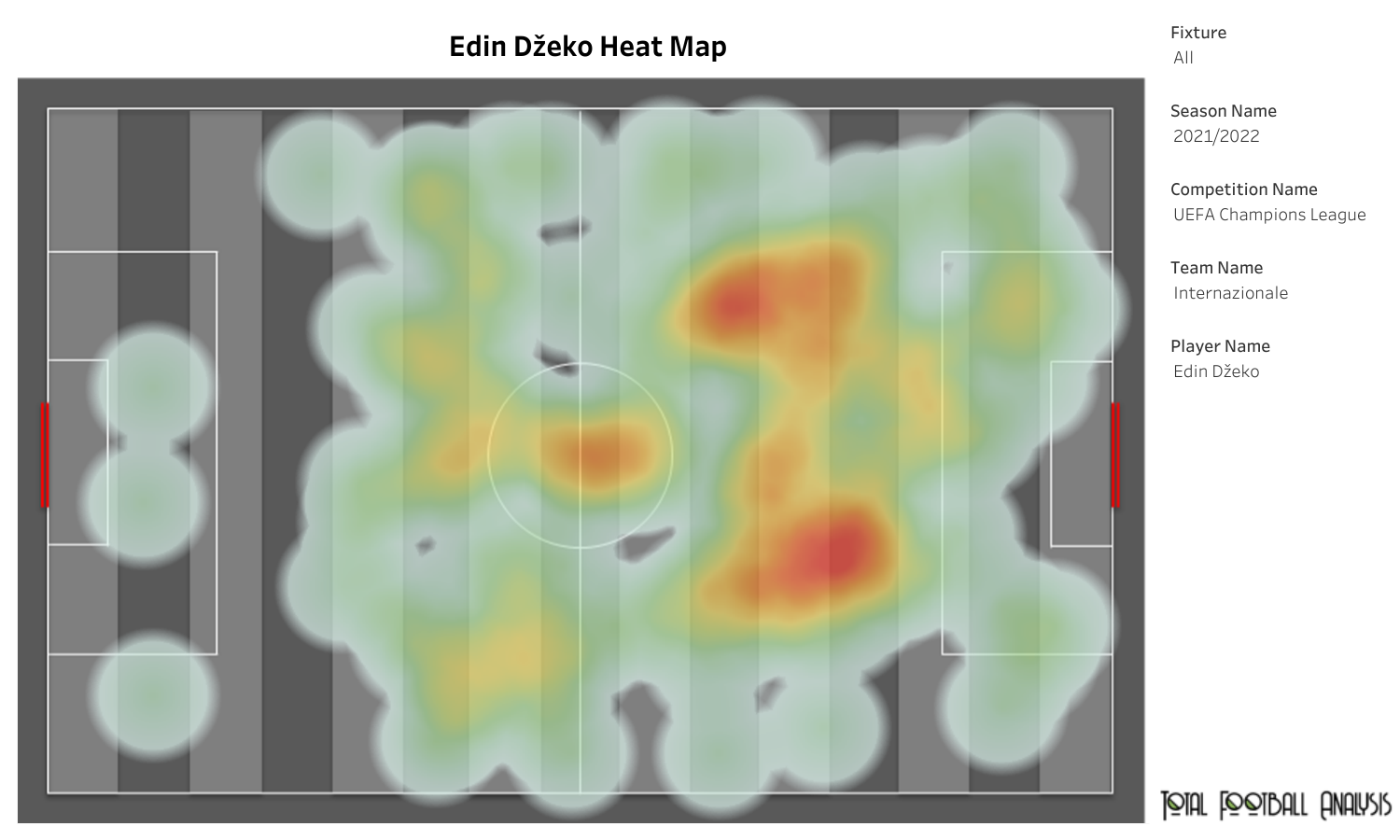 Džeko made 50 appearances in all competitions. He scored 17 goals and provided seven assists. The above viz shows the heat map of the player in seven UEFA Champions League matches. The Bosnian scored three goals and provided an assist to help Inter Milan reach the knockout stage of the competition. Inter Milan played with two strikers, and Džeko led the line from one side. 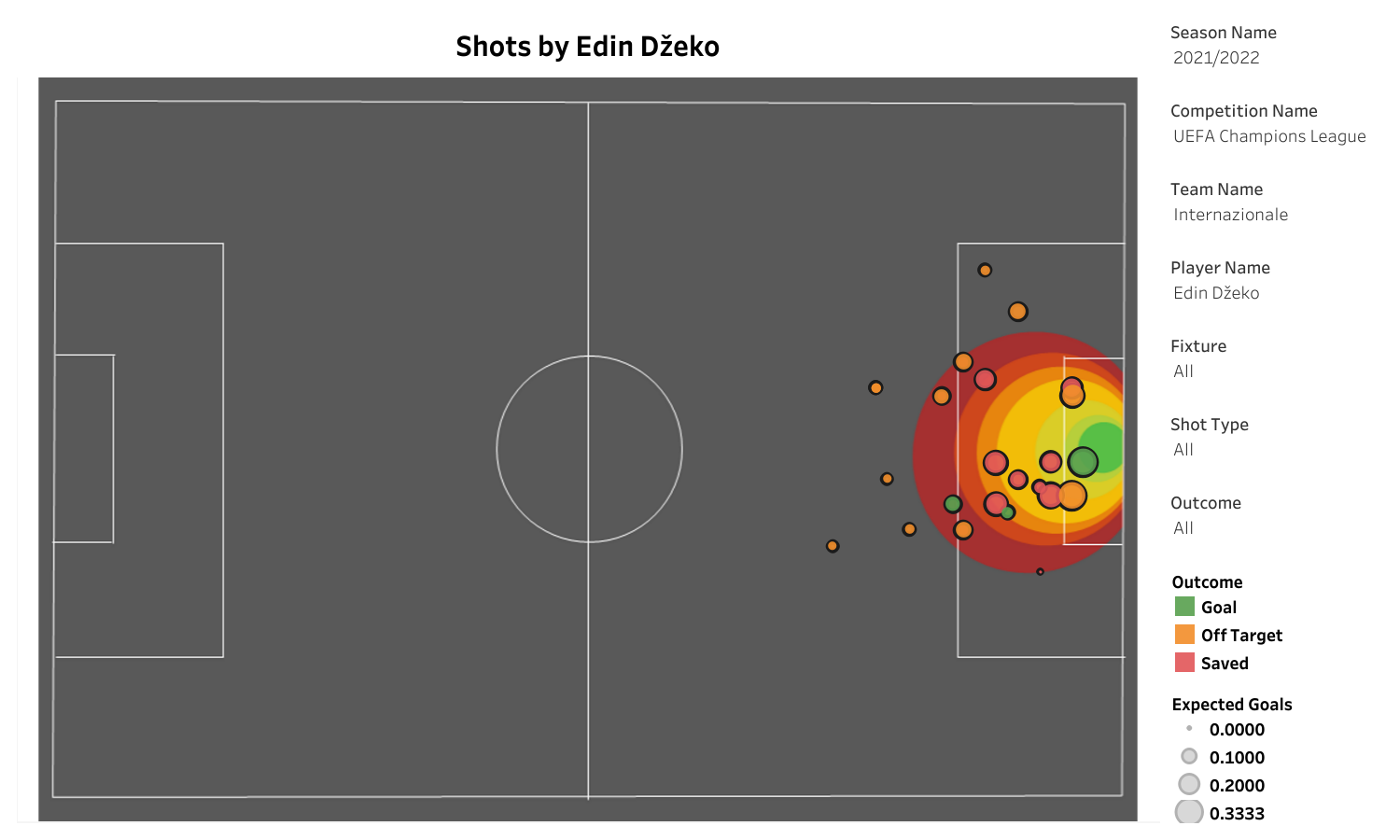 The 36-year-old striker was involved in 8.7 attacking actions in the elite competition with a 44.44% success rate. Džeko has a tall figure and is a threat in the air. In the UEFA Champions League, the player averaged 3.87 shots per 90 minutes. The above viz shows all the shots that were attempted by Džeko, and we can observe that the player attempted most of the shots from in front of the goal. He hit 50% of his shots on target. Everton already have Dominic Calvert-Lewin as their main striker; he is good in the air and could learn more from the experienced Bosnian. In their famous English Premier League 2011/12 title win, Džeko scored a famous headed goal that helped Manchester City to make a comeback. 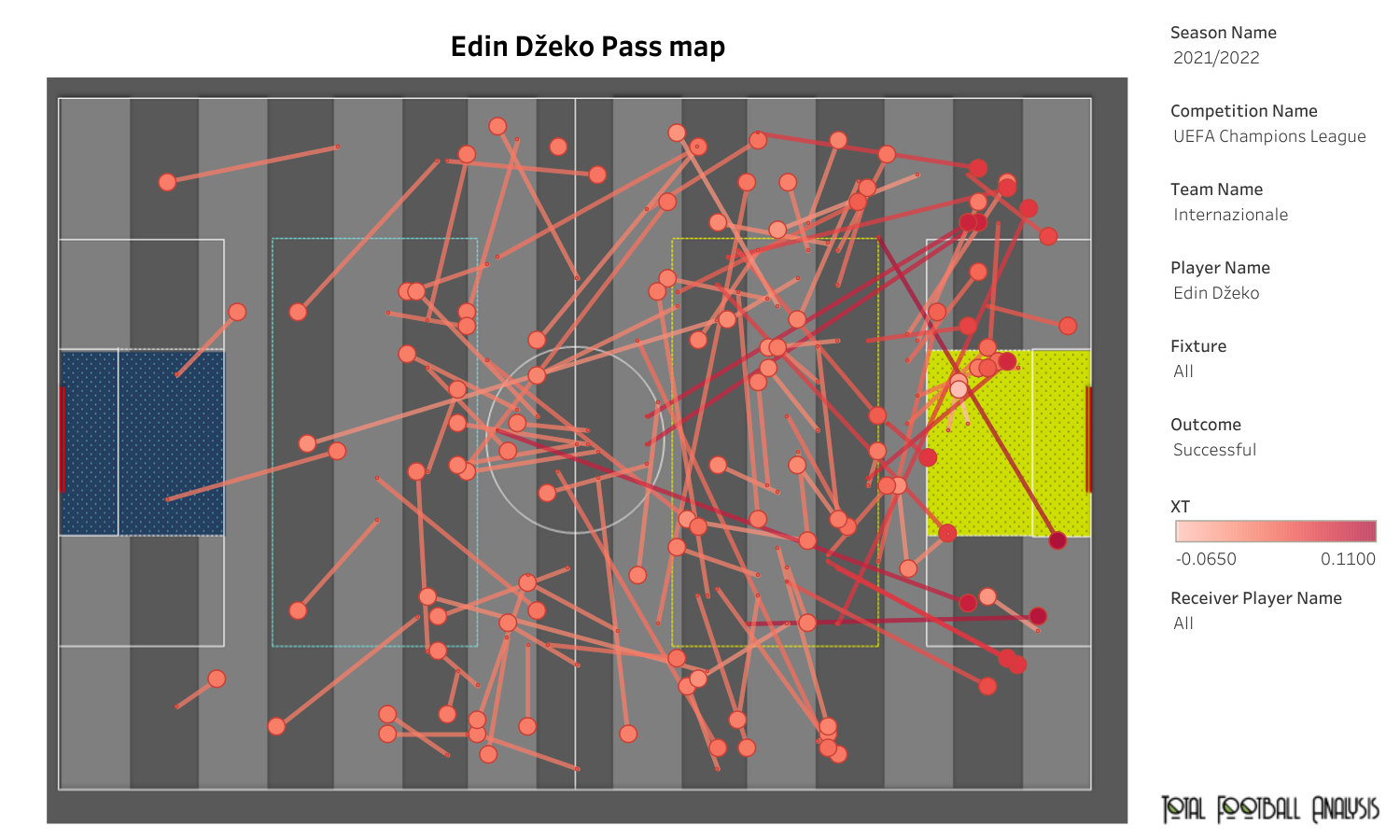 Džeko can also link up with his teammates and help them score goals. He averaged 24.8 passes per 90 minutes with a 74.7% passing accuracy rate. The above viz shows all the passes that were successfully delivered by the player. Džeko showed some variety in his passing and averaged 1.29 crosses, smart passes, and through passes per 90 minutes. He was able to find his teammate inside the opposition’s penalty box on a few occasions.

Everton could benefit a lot from the signing of the Bosnian. He has played in the English Premier League and has won two league titles with Manchester United. Frank Lampard would love to add an experienced player who can create and score goals.