Everton have entered the race to sign Leicester City’s midfielder, Hamza Choudhury. The 24-year-old is on the wishlist of Nottingham Forest, but it looks like Frank Lampard is also keen on bringing the midfielder to Merseyside. Choudhury has struggled for game-time at the English Premier League club and only made six appearances last season for the Foxes. He is now hoping to get more game-time and wants a move away from the King Power Stadium. The Englishman plays in a defensive midfield role and can provide solid defensive cover in front of the backline. 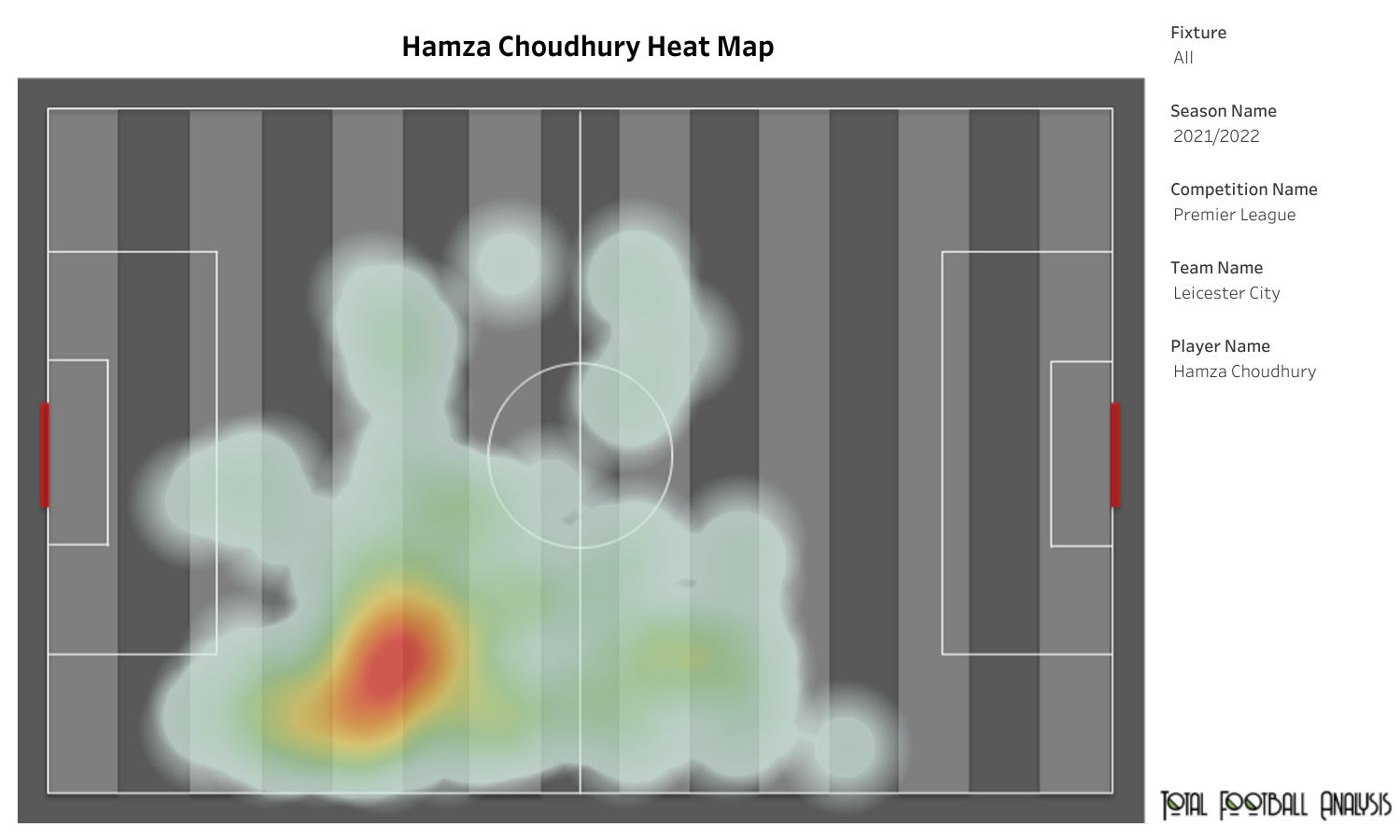 Last season, Choudhury made six appearances in the English Premier League, and this included four starts. Overall, he made 12 appearances, six from the bench. The above viz shows the heatmap of the midfielder in the Premier League. Choudhury was used as a defensive midfielder on the right side of the play. He was unable to score a goal or provide an assist as he made very few forward runs, and his average position was inside his team’s half. 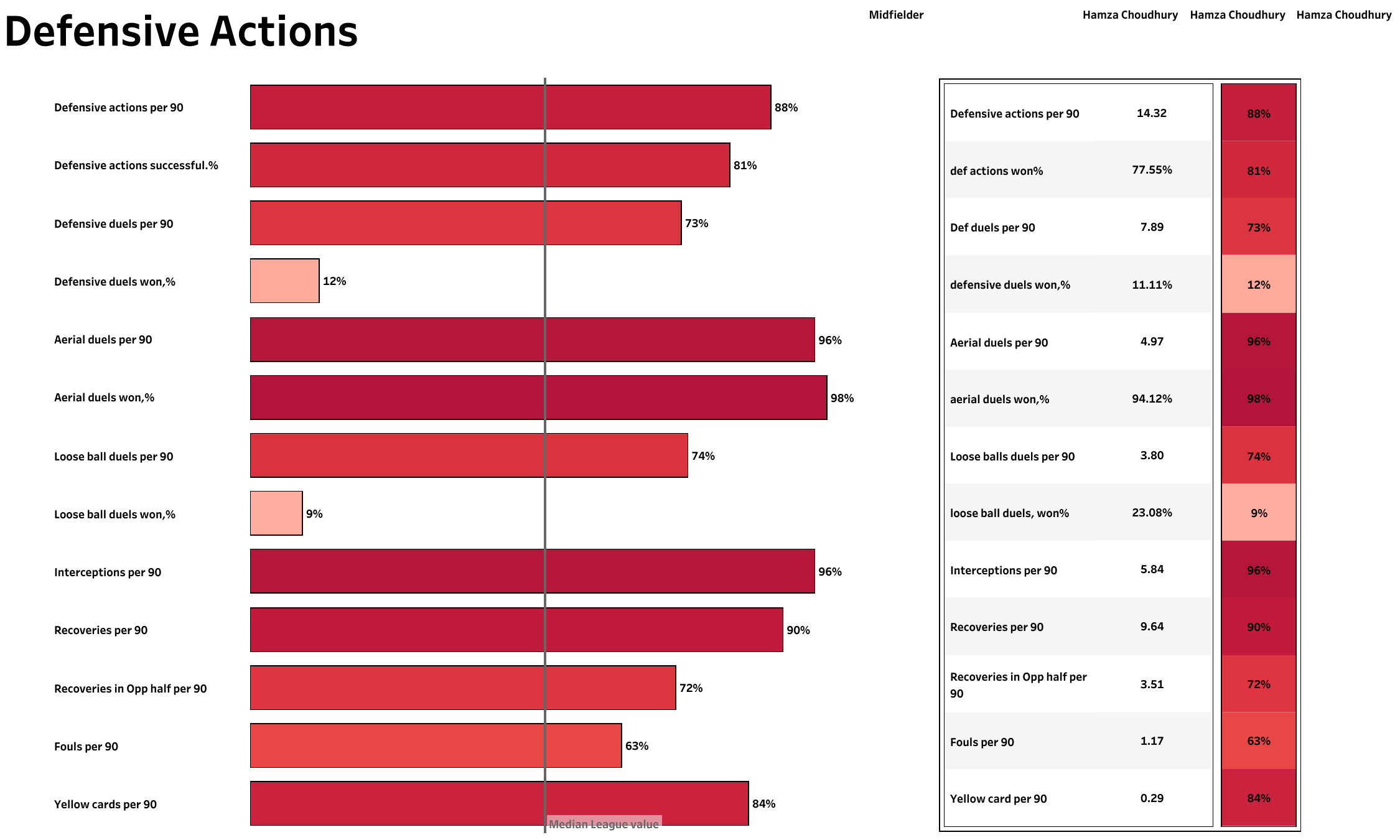 Last season, Choudhury impressed everyone with his defensive stats on the field. The defensive midfielder protected the backline by contesting a few duels and winning the ball in the midfield. When looking at the above chart, the general rule is that the longer the bar, the better the performance — you can see the league average in the middle, and the % is the percentile rank the player is in. The 24-year-old was involved in 14.3 defensive actions per 90 minutes with a 77.55% success rate. Choudhury’s tall figure allows him to win the aerial duels easily, and the player had a very high success rate of clearing the aerial balls. Other than this, his positioning was great as he averaged almost six interceptions per 90 minutes. The midfielder’s recovery rate was also high; he averaged 3.5 recoveries inside the opposition’s half per 90 minutes. 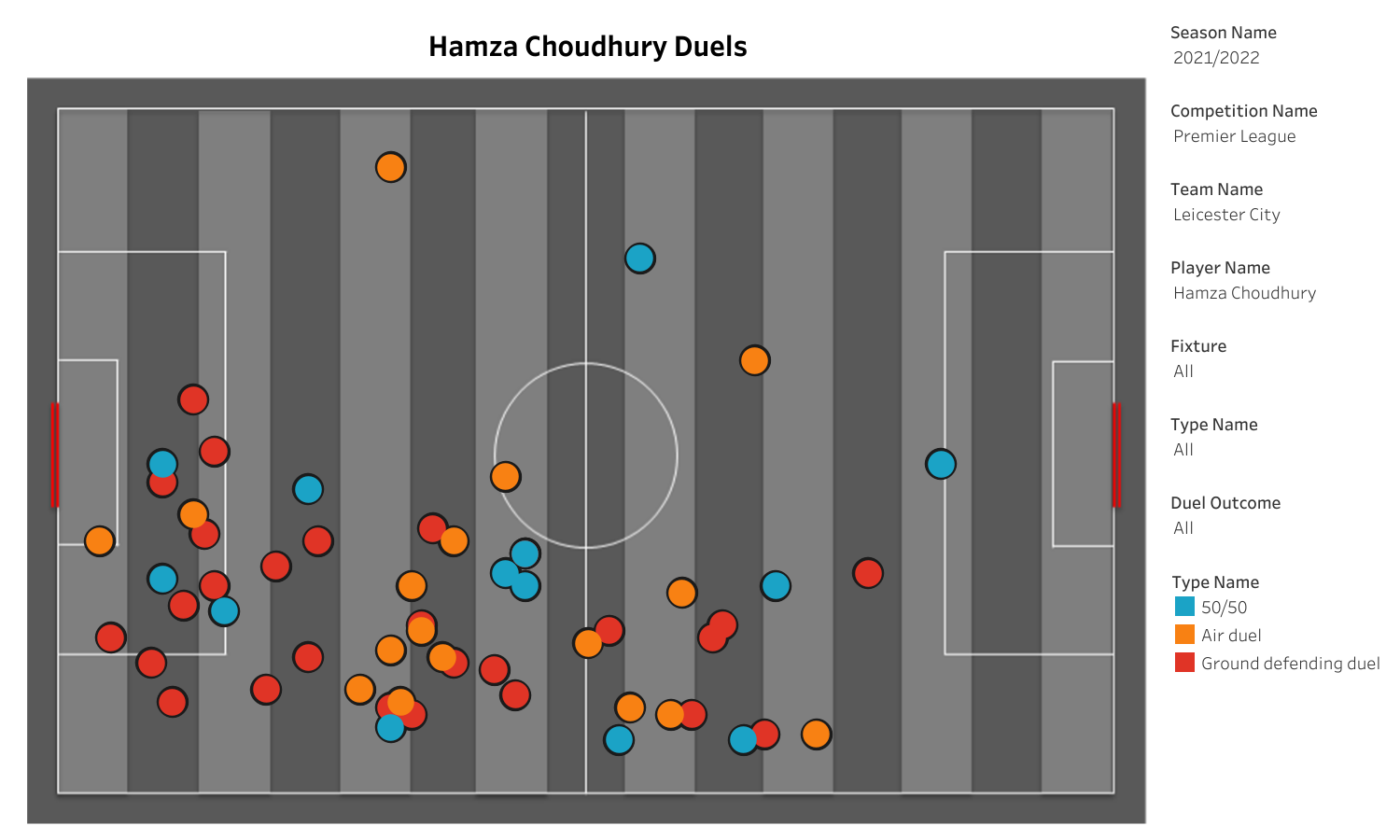 The above video shows all the duels that were contested by the midfielder. It can be observed that Choudhury contested most of the duels inside his half. He dealt with the aerial threat inside the middle third. Allan plays in the defensive midfield role for Everton. With his short stature, he struggles to win the ball in the air. However, he is strong enough to contest defensive as well as loose ball duels. Choudhury provides defensive stability aerially and on the ground.

Hamza Choudhury could be a perfect fit for Frank Lampard’s midfield. He has got limited opportunities under Brendan Rodgers but will be expecting more game-time at his new club. His defensive abilities are his strengths, and he could represent his county if he gets enough game-time to impress the manager with his performances. Everton are leading the chasing pack.