Idrissa Gana Gueye was signed by PSG in 2019 after the midfielder spent three seasons with Everton in the English Premier League. He started his career in France with Lille in 2009 and was signed by Aston Villa in 2015. Soon after, he caught the eye of Everton and the Toffees signed him. They later sold him to PSG for a high profit. Now, the player is unwanted in the French capital, and they have offered their former club a chance to sign him. Frank Lampard is short of midfield options and is looking for players to improve his team.

The Senegalese international has already made 134 appearances in the English Premier League and has over 200 appearances in the Ligue 1. The 32-year-old has also featured in the UEFA Champions League 36 times. He is a veteran and could be a valuable addition to Everton’s side. Gueye plays a defensive role in the midfield. He likes to challenge for the ball and is strong in the defensive duels. 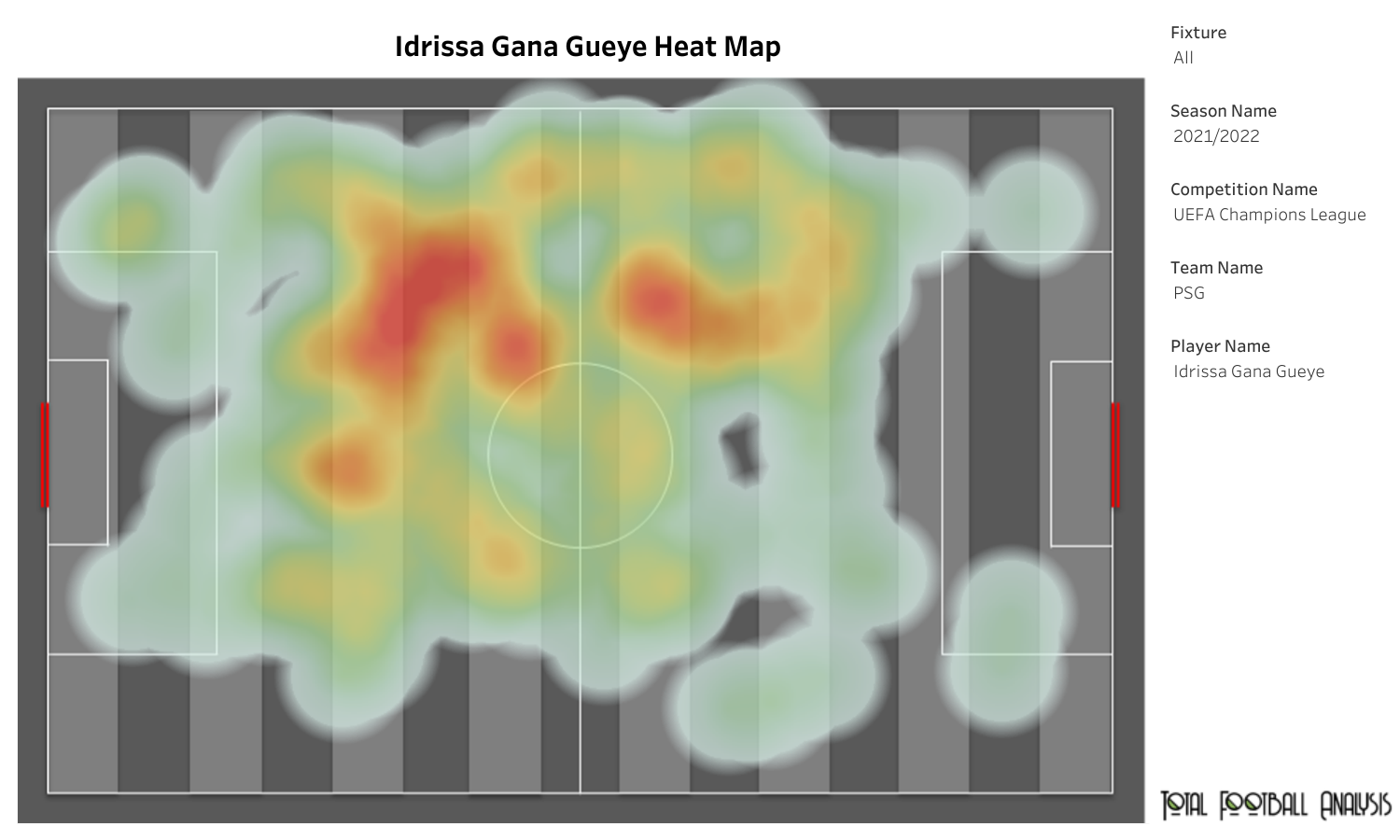 Last season, Gueye made 33 appearances in all competitions for the French club. He scored four goals and provided an assist. The above viz shows the heat map of the midfielder from the seven UEFA Champions League games that he featured in. He scored a goal in the elite competition as well. The above viz shows that Gueye featured as the left central-midfielder in the team. He played a defensive role in the midfield during his Everton days and once again, could prove handy for the team. 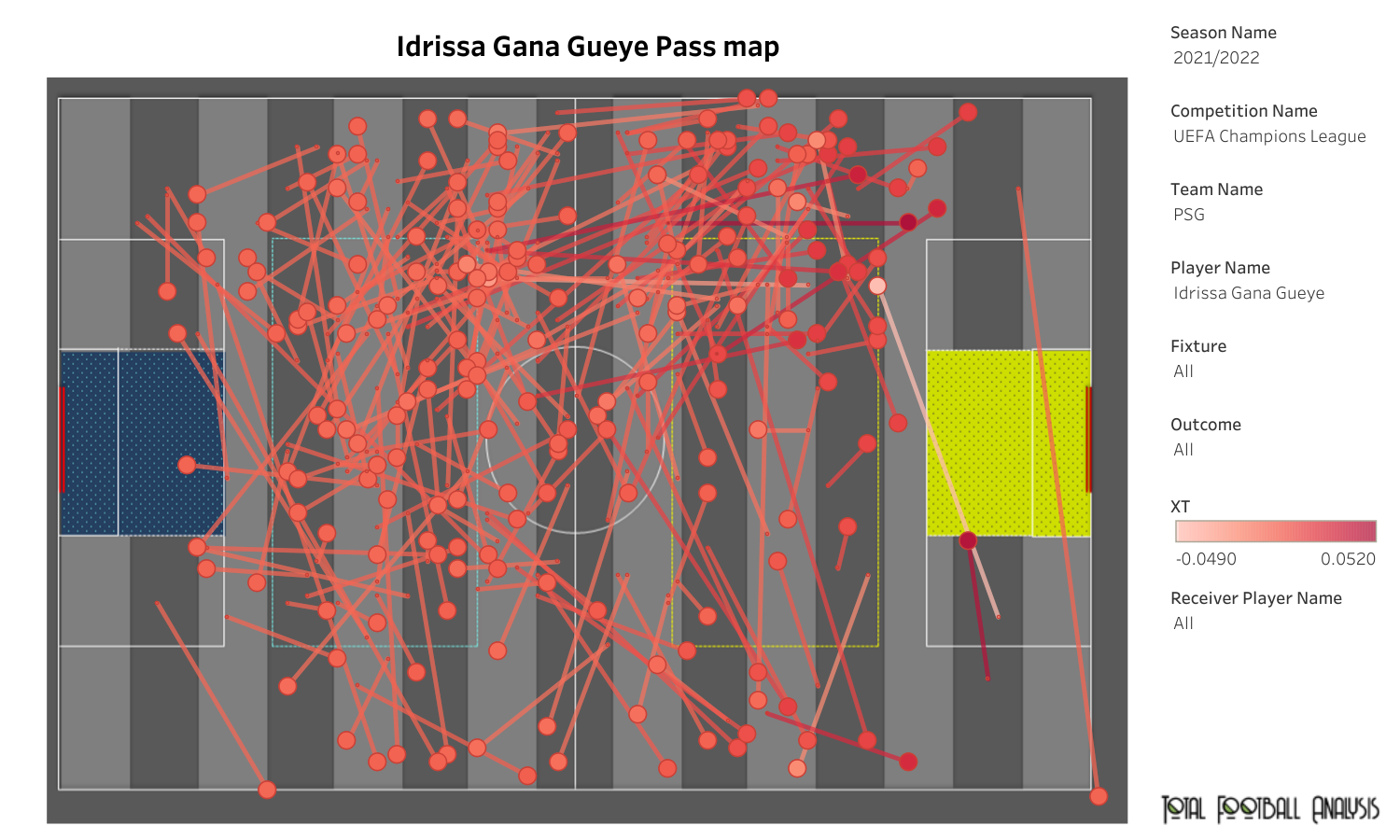 Gueye averaged 44 passes per 90 minutes last season in the UCL and had a high passing accuracy rate of 91.9%. The above viz shows all the passes that were attempted by Gueye. This shows that most of the passes were directed towards the wings, the midfielders, and the defenders. He averaged only 4.6 passes into the attacking third, but that was due to the defensive role he played in the team. 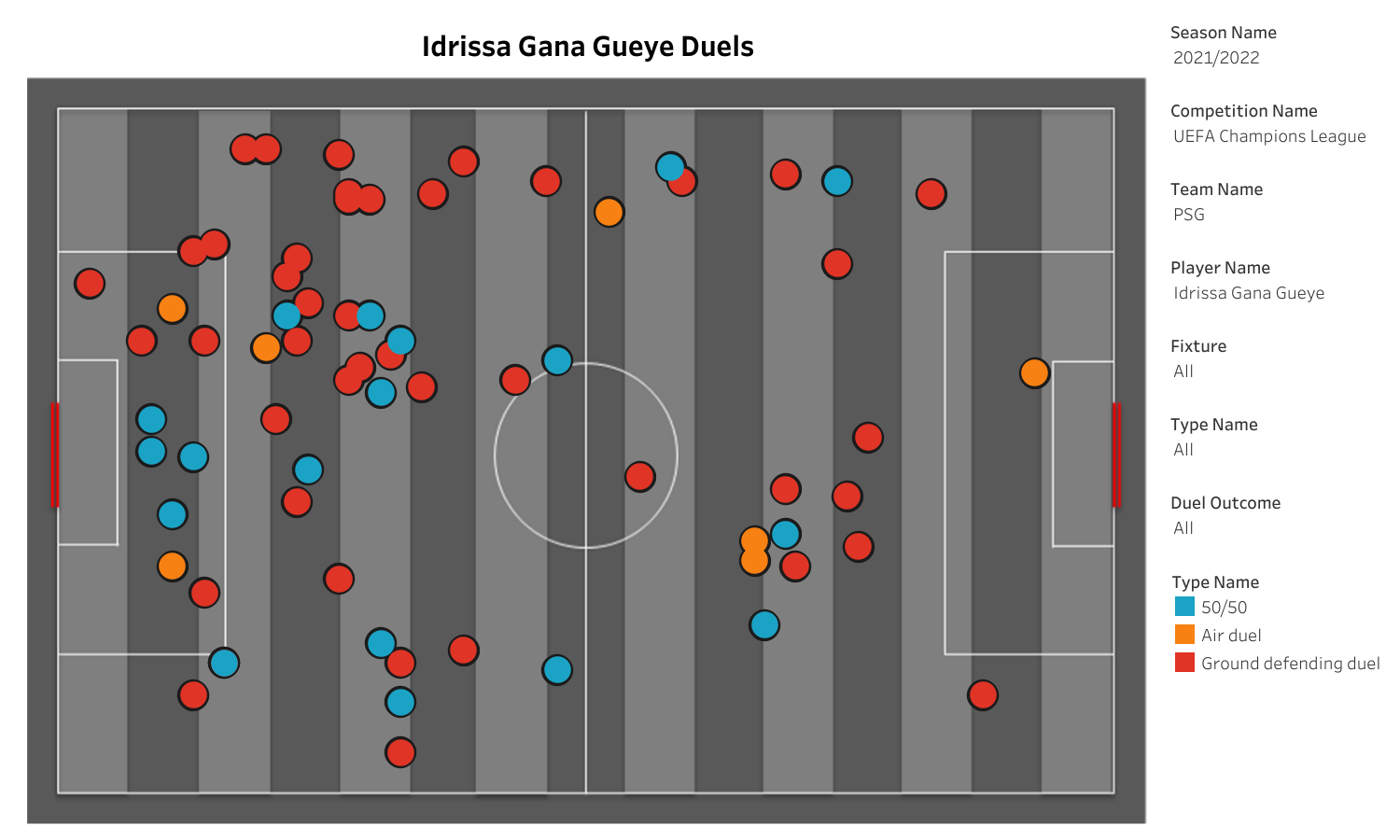 Gueye’s defensive abilities make him an asset for the team. The midfielder likes to tackle and averaged 14.3 defensive actions per 90 minutes with a 70.6% success rate. Most of the duels he contested were defensive duels. Other than this, he averaged 4.6 interceptions and 6.7 recoveries per 90 minutes.

Everton need a defensive midfielder who could provide a defensive shield in front of the centre-backs. Idrissa Gueye could be the player they are looking for. He has gained a lot of experience and would save a lot of money for the Toffees. They might consider buying him in the summer.