Everton’s recent 3-0 win over Leeds in the Premier League was claimed by many as a step in the right direction. It was the first time that the Toffees secured three points in the league since the start of December. In addition, they managed to keep a clean sheet for the first time since November. Everton’s win means that they are now five points above the relegation zone, ending their run of six league fixtures without a victory.

In a match where Donny van de Beek gathered all the limelight after his excellent performance in a deep midfield role, the 24-year-old Jonjoe Kenny had one of his most impressive games in an Everton shirt. He was an important part of a collective display that saw the Toffees take three points. Kenny spent the second half of last season on loan with Celtic. After impressing initially, his form declined, and he was unable to secure a place in the starting XI. In the current campaign, the 24-year-old had started only three Premier League games before Saturday, and none, until the 1-1 draw at Chelsea in December.

Under Everton’s previous manager, Rafa Benitez, Kenny did not show many promising signs to secure a place in the starting lineup. However, ever since Frank Lampard took charge of the Toffees, the full-back has been impressive in his appearances, especially in the game against Leeds. Lampard praised Kenny’s attitude in training and also stated that he is a quality player with great technical skills for a defender.

Let’s take a look at his stats to gauge whether he could go on to play an important role under Lampard. 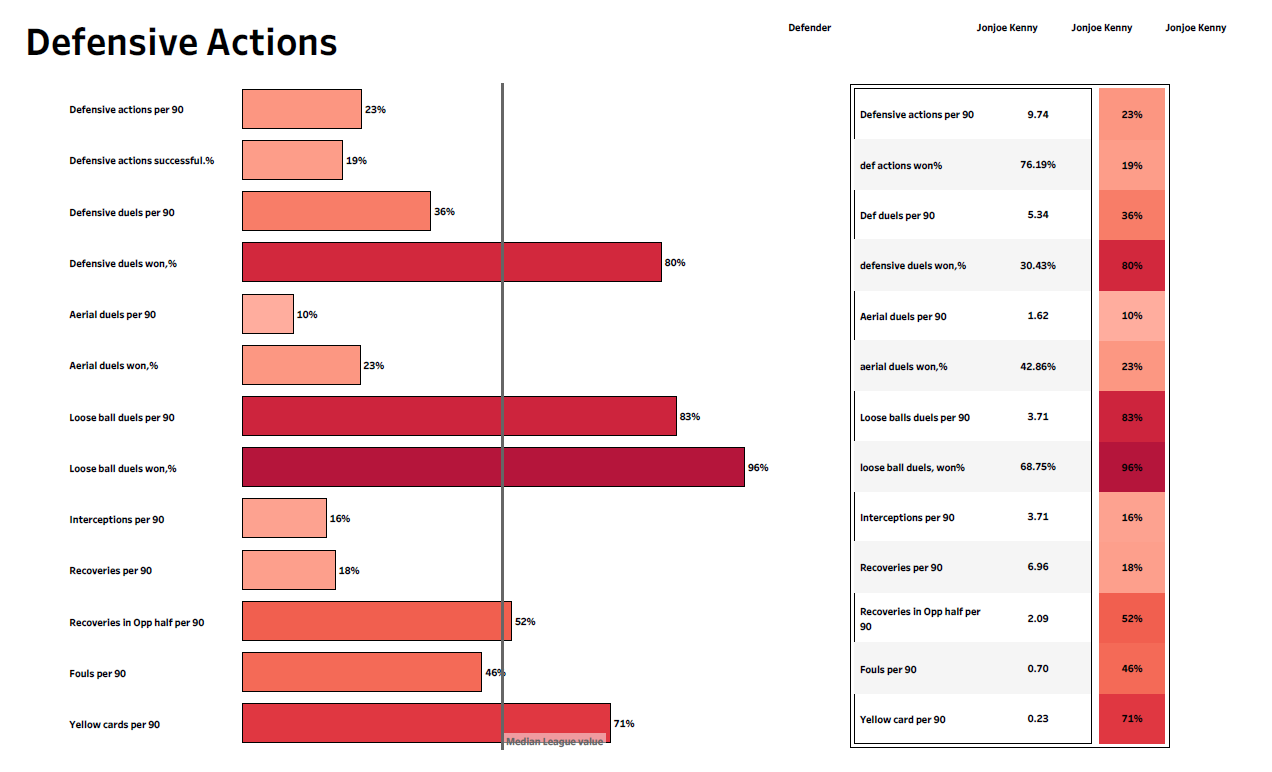 In the above viz., we can see Kenny’s defensive stats. Although most of his stats are below the league median, Kenny has been impressive in his recent appearances. He slotted in at left-back in the game against Leeds and put in a brilliant display containing Raphinha, aiding his side during the attacking phases. Kenny delivered two key passes and had 55 touches of the ball without losing possession. In his defensive half, the 24-year-old made two clearances, three interceptions while also making three recoveries. We can see that Kenny has fared well in terms of defensive duels won, average loose ball duels, and loose ball duels won. The full-back has demonstrated good crossing ability and movement to get into threatening areas in the opponent’s half. 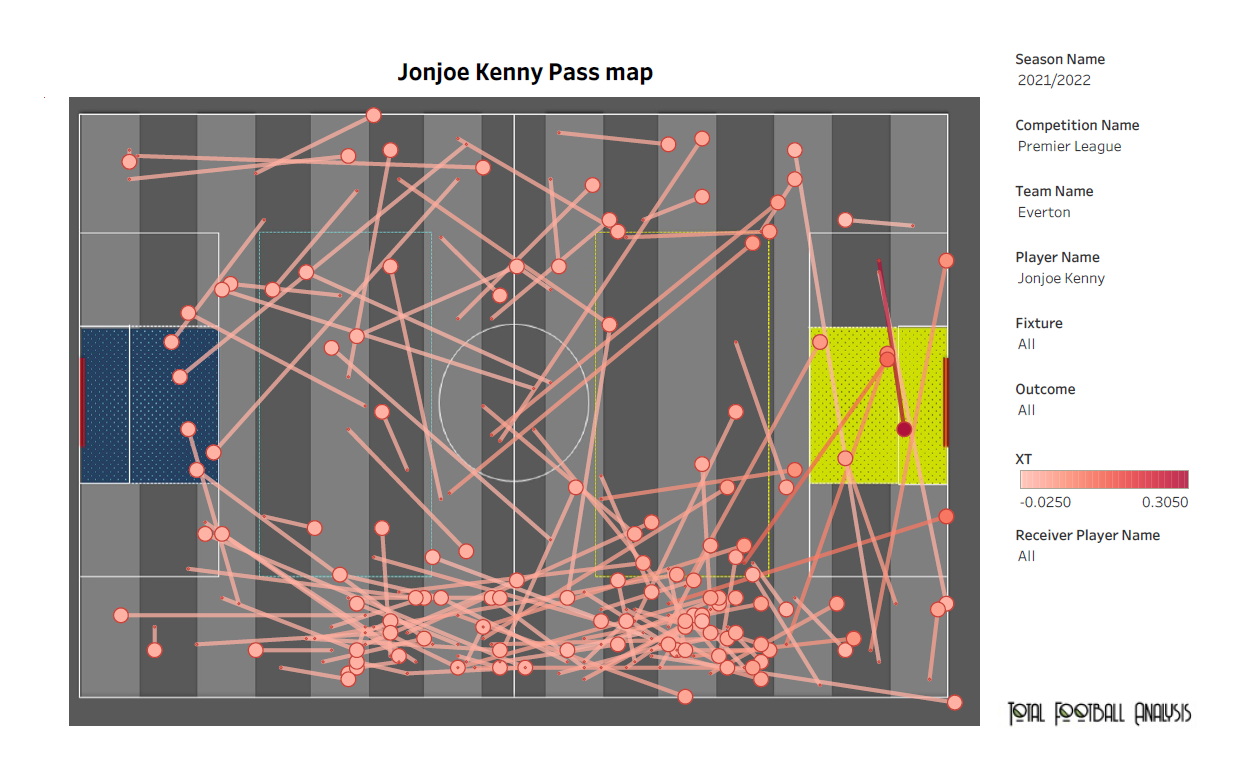 The above ‘pass map’ highlights the wide array of passes and crosses that Kenny has delivered. The 24-year-old is effective when receiving the ball on the touchline and passing inside, while his long balls still leave a lot to be desired. He possesses the ability to play line-breaking passes from deep areas, as indicated by the above viz. as well. We can also see that he has attempted many diagonal passes into the centre of the pitch and in the opponent’s half as well.

The above viz. highlights the areas of his activity on the pitch. Although he is usually deployed at right-back, he displayed his versatility on the opposite wing at left-back in the win against Leeds. We can see his movement down on the right flank while he has also popped up in other areas of the pitch. His extensive movement in the forward areas is evident in the above ‘heat map’. Kenny’s work rate off the ball is also impressive, and he is good at pressing the opponent.

Kenny’s recent performances have shown encouraging signs. If he keeps his consistency in the upcoming games, then he could go on and play an important role under Lampard.