Kristoffer Ajer is on the transfer wishlist of the English Premier League side, Everton. The Norwegian joined Brentford at the start of the 2021/22 season from Scottish giants Celtic after spending five years at the club. He impressed in his first season with the Bees, and Everton are interested in signing him. The defender is strong in the air and isn’t afraid of contesting duels. He played for a Brentford side that defended well throughout the season. 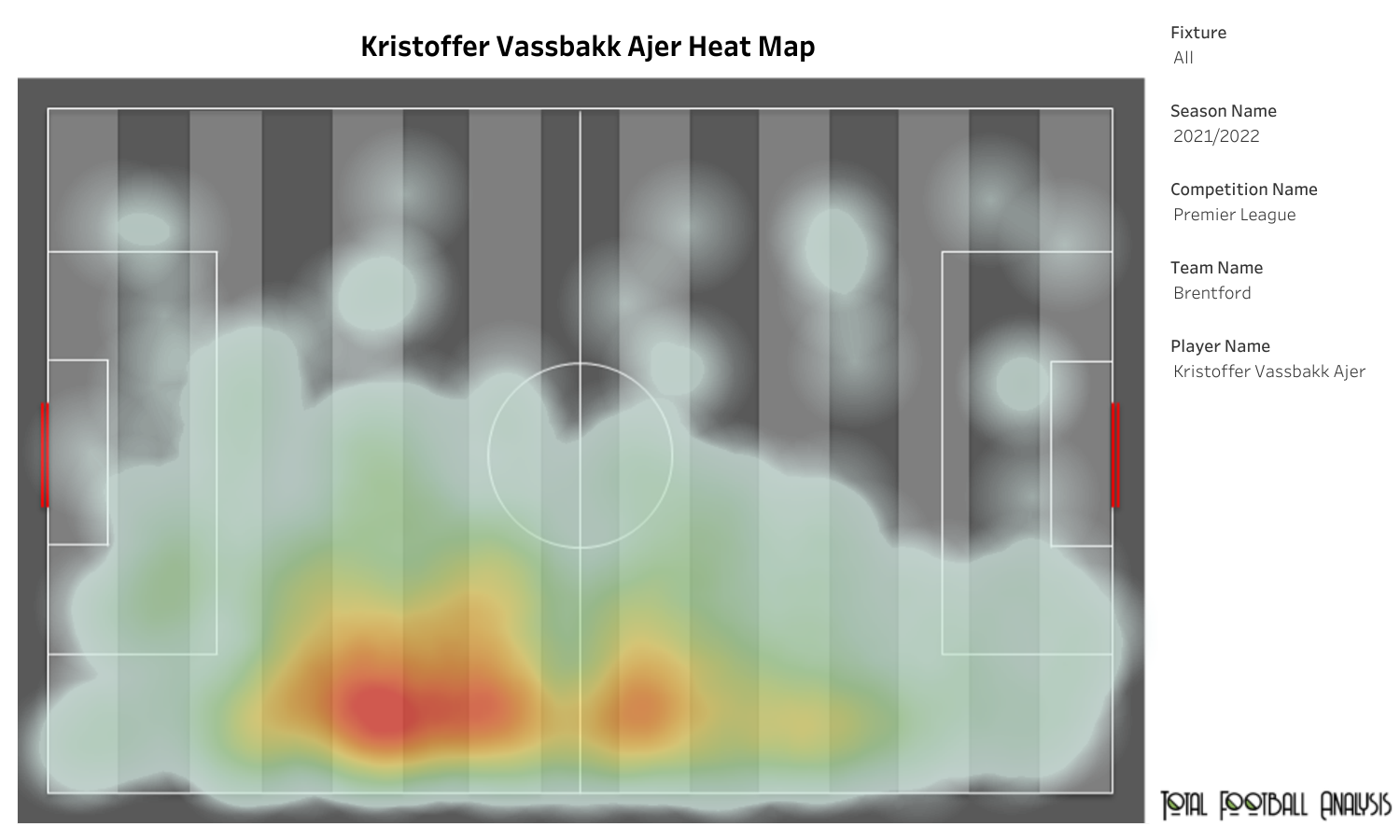 The Norwegian made 24 appearances for the Bees and missed a few games due to injuries. He scored a goal and also helped in setting up three goals for his side. Brentford usually played in a back three and operated with two wing-backs. The above viz shows that Ajer played towards the right side of the back three and covered a lot of areas on the pitch. His heat map shows that the player has covered some areas in the attacking third. He made some forward runs and, overall, took 21 touches inside the opposition’s penalty box. 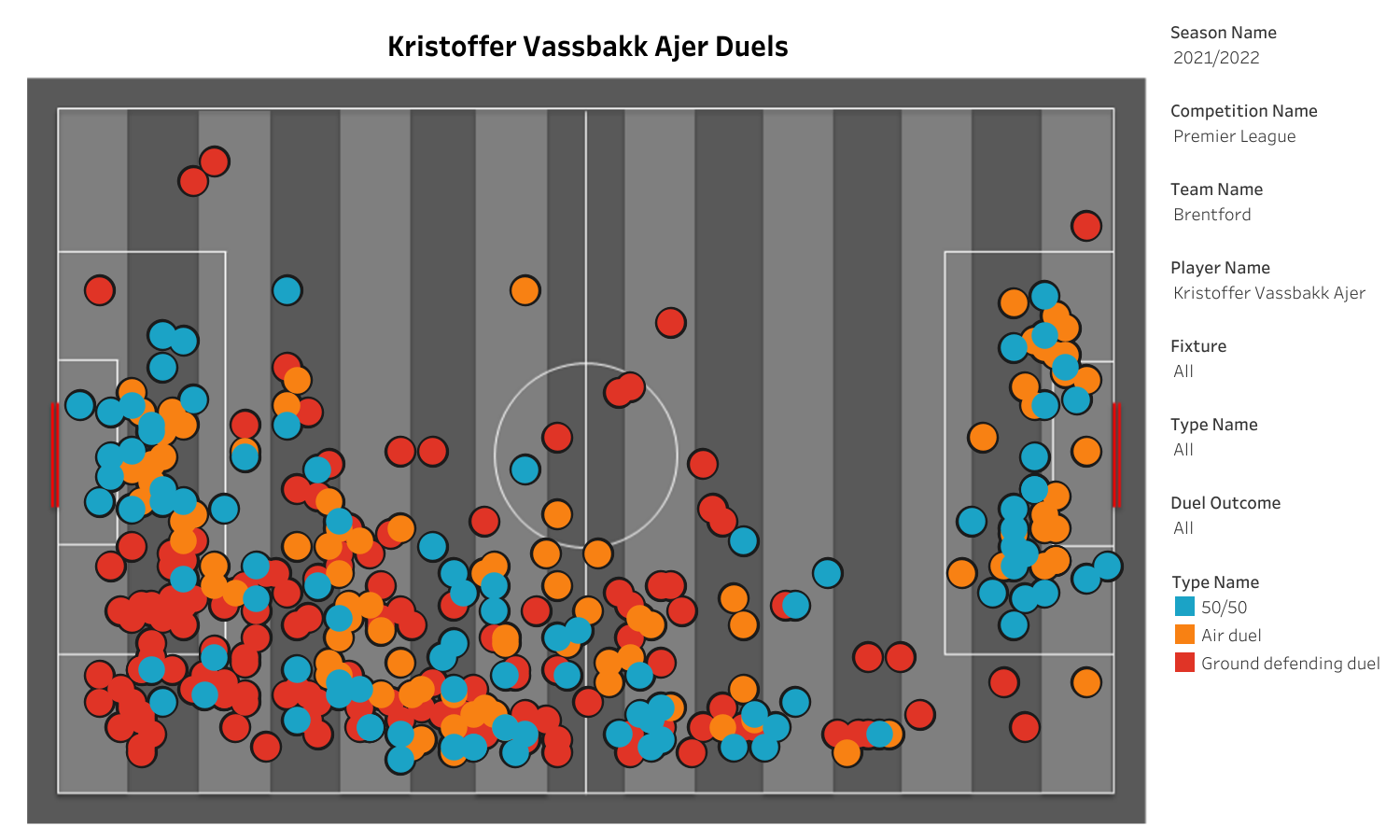 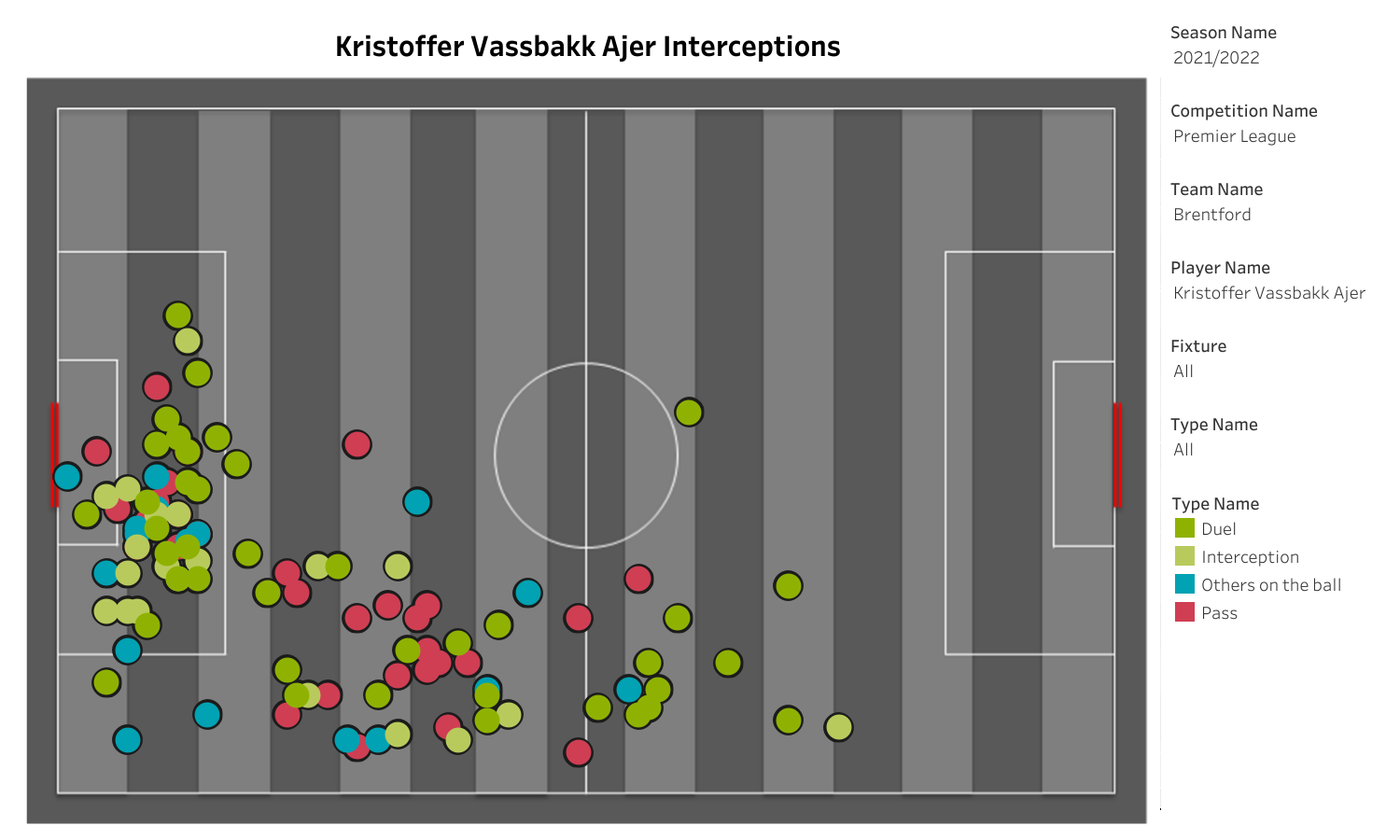 Kristoffer Ajer is just 24-years-old and has a lot to offer. He can pass the ball and can defend his team’s goal. The player was ever-present in Brentford’s backline and has adjusted well to life in the English Premier League. He could be a valuable signing and Everton could acquire him at a low price.