Everton are still looking for players who can help them reclaim their place in Europe. Frank Lampard is targeting players mainly from the English Premier League. Everton are also looking for a move for Tottenham Hotspur forward player, Lucas Moura, after getting linked with their midfielder, Harry Winks. Moura has mostly featured as a substitute for Antonio Conte’s team after Dejan Kulusevski played some outstanding football to cement his place in the side. The former PSG player is looking for more minutes on the pitch and could be on the move away from the North London club. Everton need players who could help them to move up the league table. The Brazilian played a crucial role in some of the matches for Spurs and helped them to reach the UEFA Champions League. 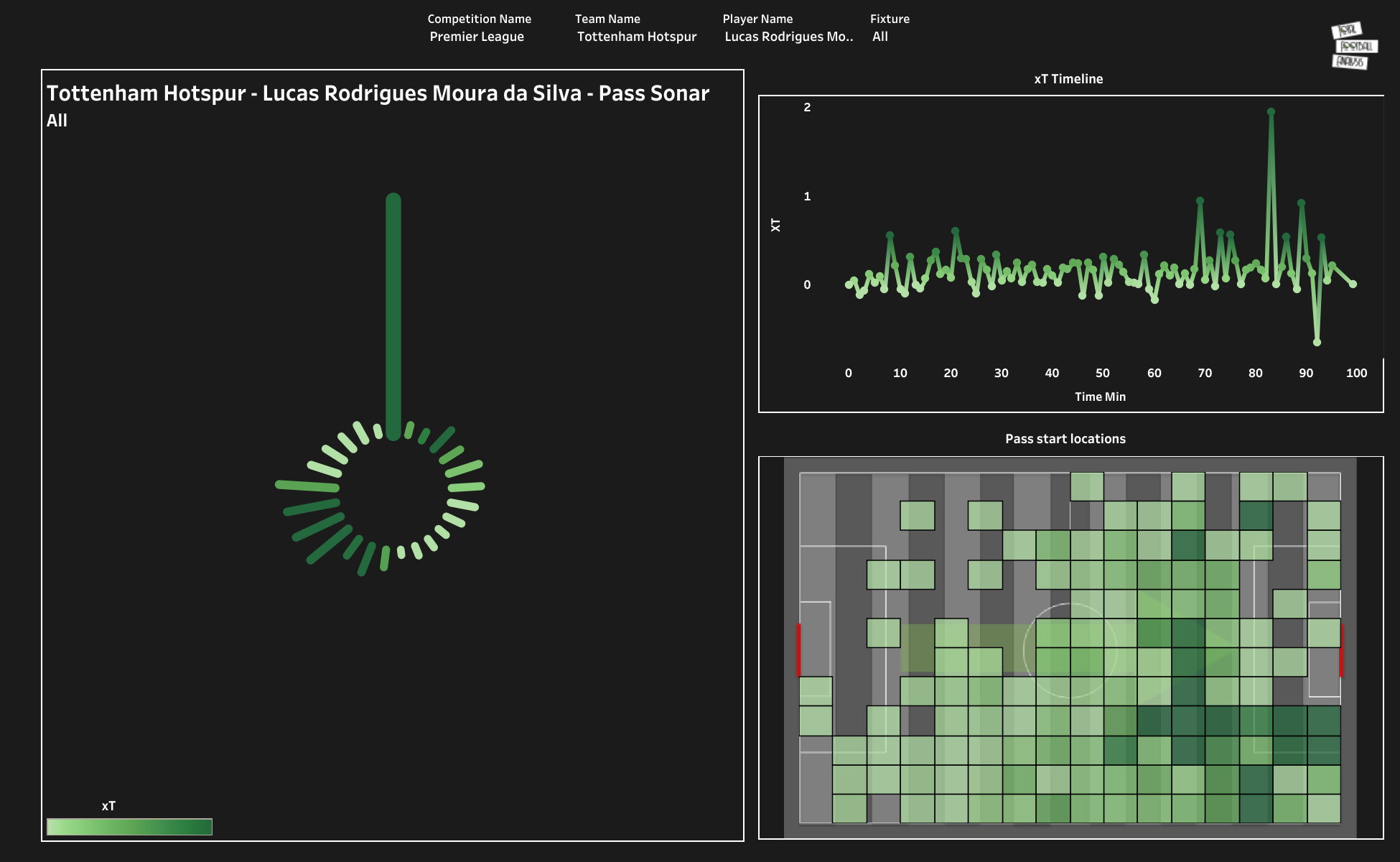 Moura made 34 English Premier League appearances for Spurs and started in 19 matches. He scored two goals and assisted six times to help his teammates score goals. The above viz shows the pass start location and the threat created from passes at different time intervals. By looking at the pass start location map, we can observe that Moura operated on his favoured right side and attempted a few passes from inside the opposition’s penalty box that created the highest threats. He came on as a substitute in 15 matches and created most of the threats from passes during the last ten minutes of the matches. 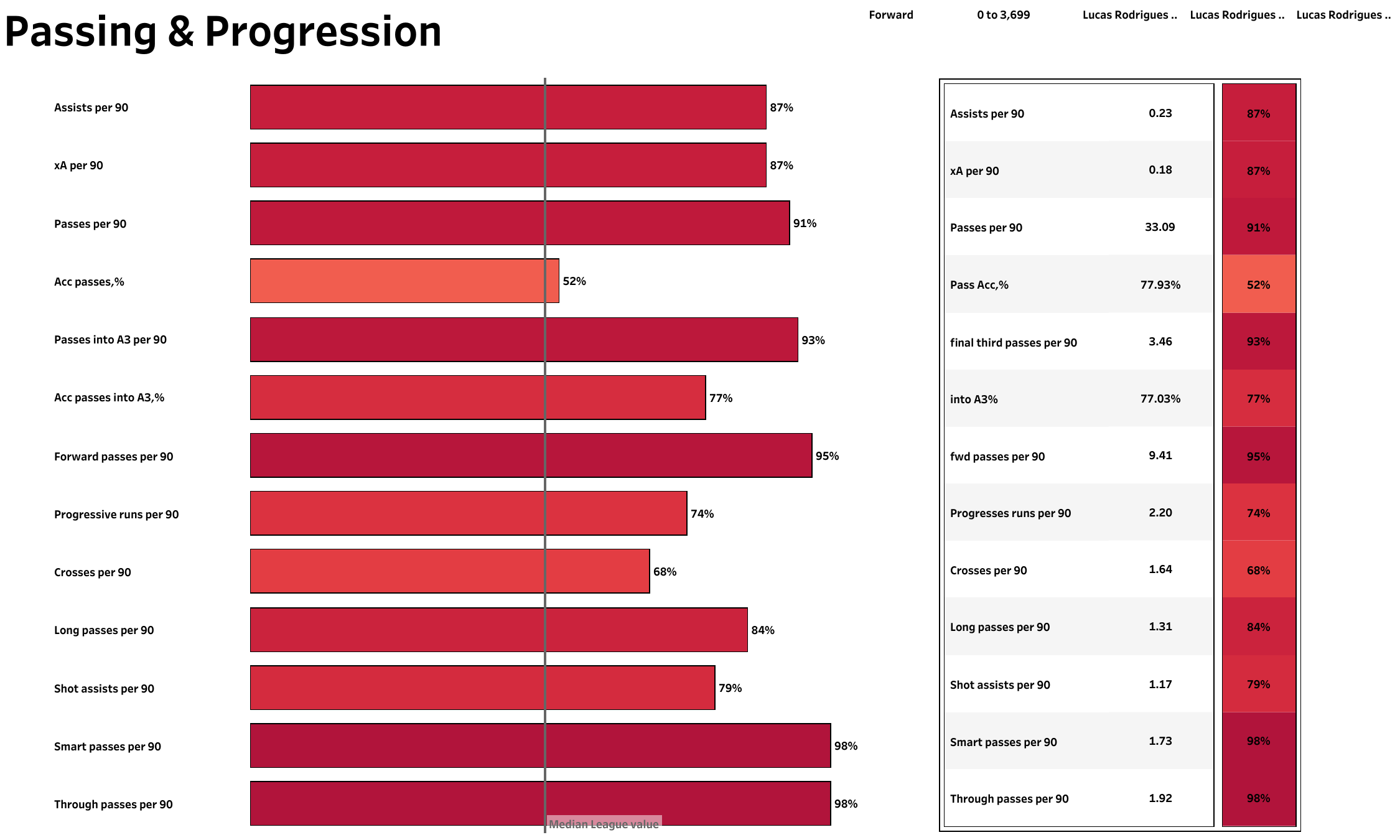 When looking at the above chart, the general rule is that the longer the bar, the better the performance — you can see the league average in the middle, and the % is the percentile rank the player is in. The above viz shows the passing stats in comparison to other forwards in the league. Moura averaged 33.09 passes per 90 minutes with an accuracy rate of 77.93%. He attempted 3.46 passes into the opposition’s final third and had a high percentile rank. The 29-year-old had a very high percentile rank for attempting smart passes and through passes. 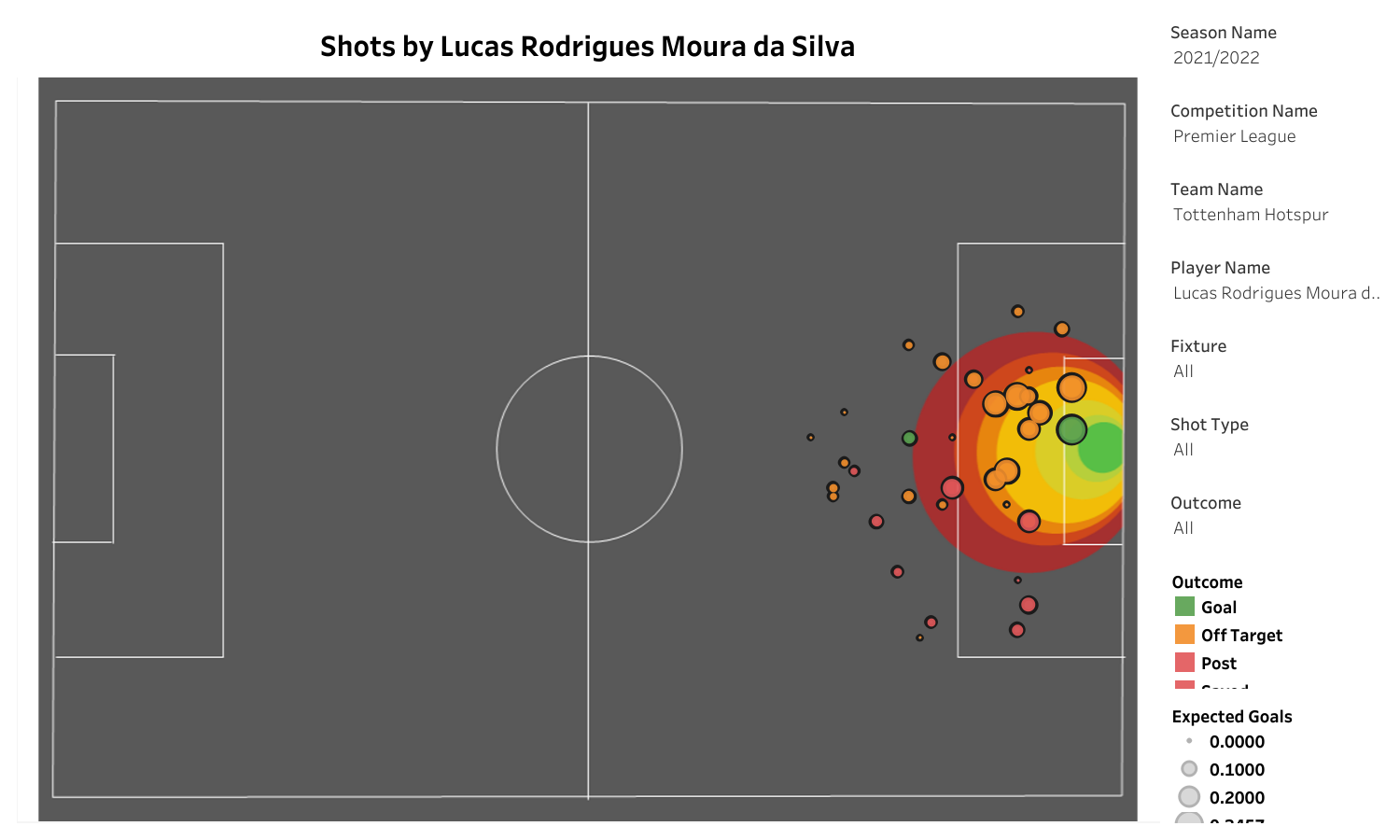 Moura attempted 35 shots last season and averaged 1.64 shots per 90 minutes. He managed to hit the target eight times and scored two goals. One of the goals was scored from inside the opposition’s 6-yard box. The above shot map shows that the Spurs forward failed to hit the target from the left side. Moura had a higher shot accuracy rate when he attempted shots from his favoured right side.

Everton are in desperate need of players and also want to strengthen their right wing position. Lucas Moura is a right-sided forward player and could play a crucial role in Everton’s rise to the top. He carries ten years of experience playing in European football. Everton will have to offer a lot of money to sign the player.