Alex Iwobi was signed by Everton from Arsenal in 2019 to strengthen their attack. He is into his third season at Goodison Park and is yet to deliver his best. The player struggled to cement his place in the starting XI and featured from the bench in most of the matches. However, a managerial change at the Merseyside club has changed the fortunes of the Nigerian international. Alex Iwobi has now become a regular starter under Frank Lampard. He has featured in 24 league games, and 11 of those were under Frank Lampard. The 26-year-old has been a regular for the last nine matches and has made some crucial contributions in Everton’s battle to survive relegation this season. The player has been flexible with his positioning and has recently featured as a wing-back for his side. Here are some of the stats that highlight his performance under the new manager in the English Premier League. 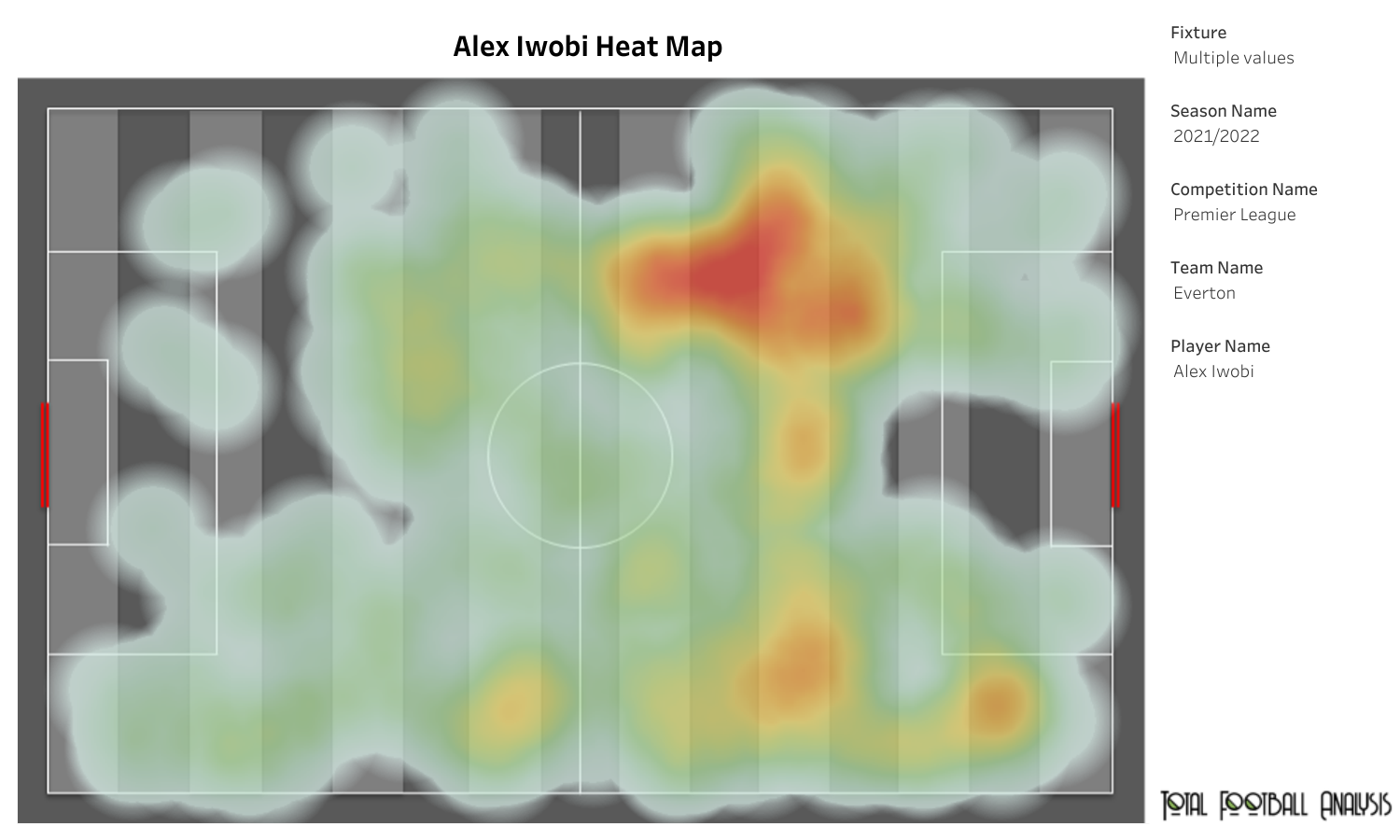 Iwobi featured as a central midfielder under Frank Lampard in the first few matches. He featured on the left side of the midfield three, scoring two goals and providing two assists. Iwobi scored a goal and provided an assist under the new management. In the recently concluded matches, Iwobi featured as a right wing-back for the Toffees. The player has featured on the wide side throughout his career, and the manager is now making use of his speed and skills. He has taken 21 touches inside the opposition’s penalty box and likes to get inside the box from the wider sides.

Iwobi attempted eight shots and only managed to hit the target once. His xG rate was low at 0.83.

The 26-year-old has also made defensive contributions for his side. From the above viz, we can observe that most of the duels he has contested are defensive duels, followed by loose ball duels (50/50 duels) and aerial duels. He also made 50 interceptions in the 11 matches he played. The player also recovered the ball well by making 86 recoveries, of which 37 were made inside the opposition’s half.

In the last two games, he featured as a wing-back and provided an assist in the last game. He is becoming a regular in the starting XI and is gaining the trust of the manager. The team will be looking for more contributions from the player that could help his team earn safety this season.