Everton secured their retention in their second to last game of the recently concluded English Premier League season. The Toffees struggled throughout the season and failed to show consistency. They failed to create chances to score goals, and the defence was a bit leaky. The former Chelsea captain will look to keep these things behind and move on to the next season. He is actively participating in player transfers and is looking to reshape his team by introducing new players and removing unwanted ones. One of the players that Lampard is looking for is Conor Gallagher. The Englishman had an impressive season for Crystal Palace (on loan) and is already on the transfer list of many clubs. Conor Gallagher plays in a similar position to what Lampard used to play during his playing days. The midfielder created and scored a few goals for Crystal Palace, and here are some of the stats that show why he is in demand. 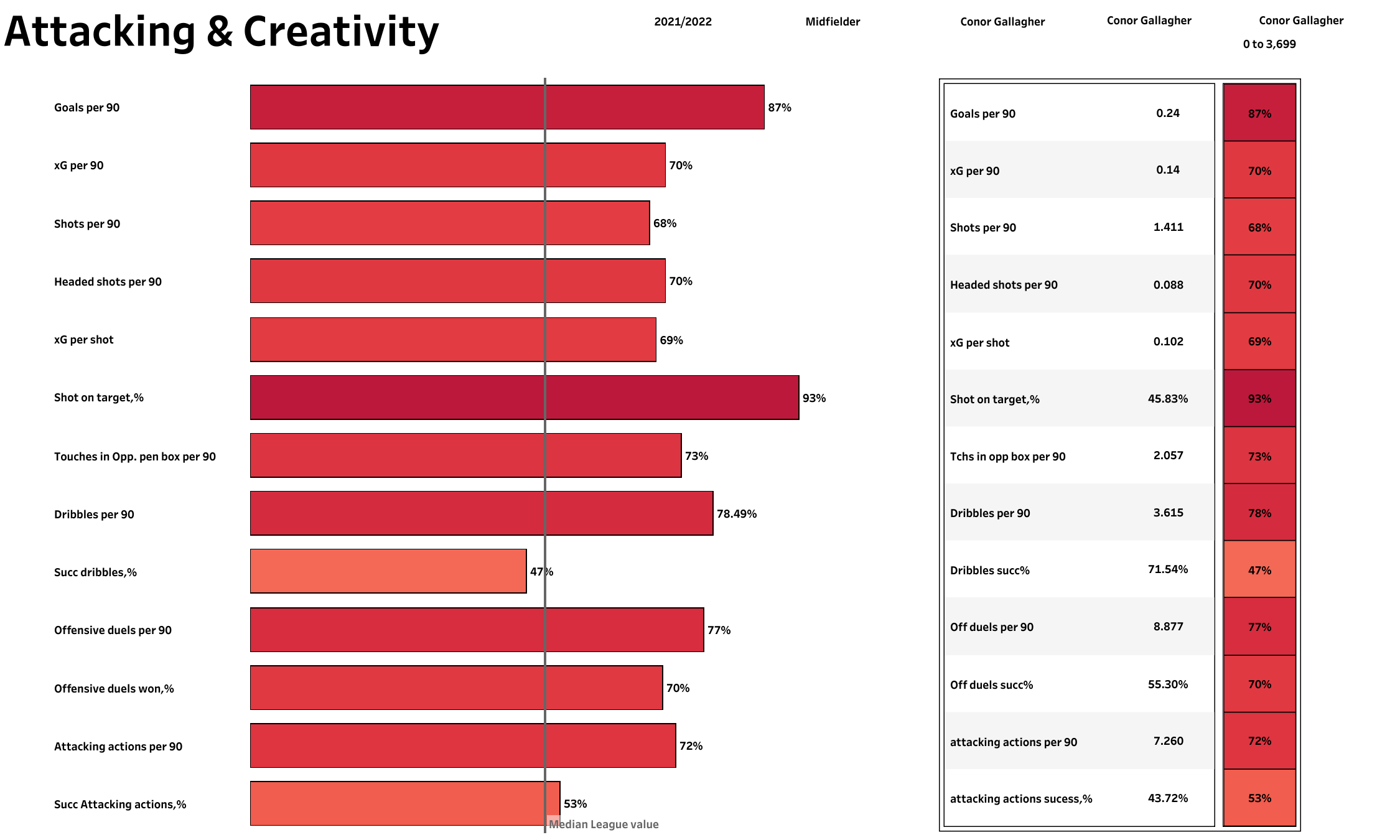 Gallagher made 34 league appearances for the Eagles. He netted eight goals and provided three assists. The midfielder was the top performer for Patrick Viera’s side throughout the season. When looking at the above chart, the general rule is that the longer the bar, the better the performance — you can see the league average in the middle, and the % is the percentile rank the player is in. The 22-year-old had a high percentile rank amongst other midfielders in the league. In a league full of top midfielders, the player has impressed everyone with his performances. Gallagher averages more than one shot per 90 minutes and has a shot accuracy rate of 45%. Other than this, he can also dribble the ball and find spaces inside the opposition’s penalty box. 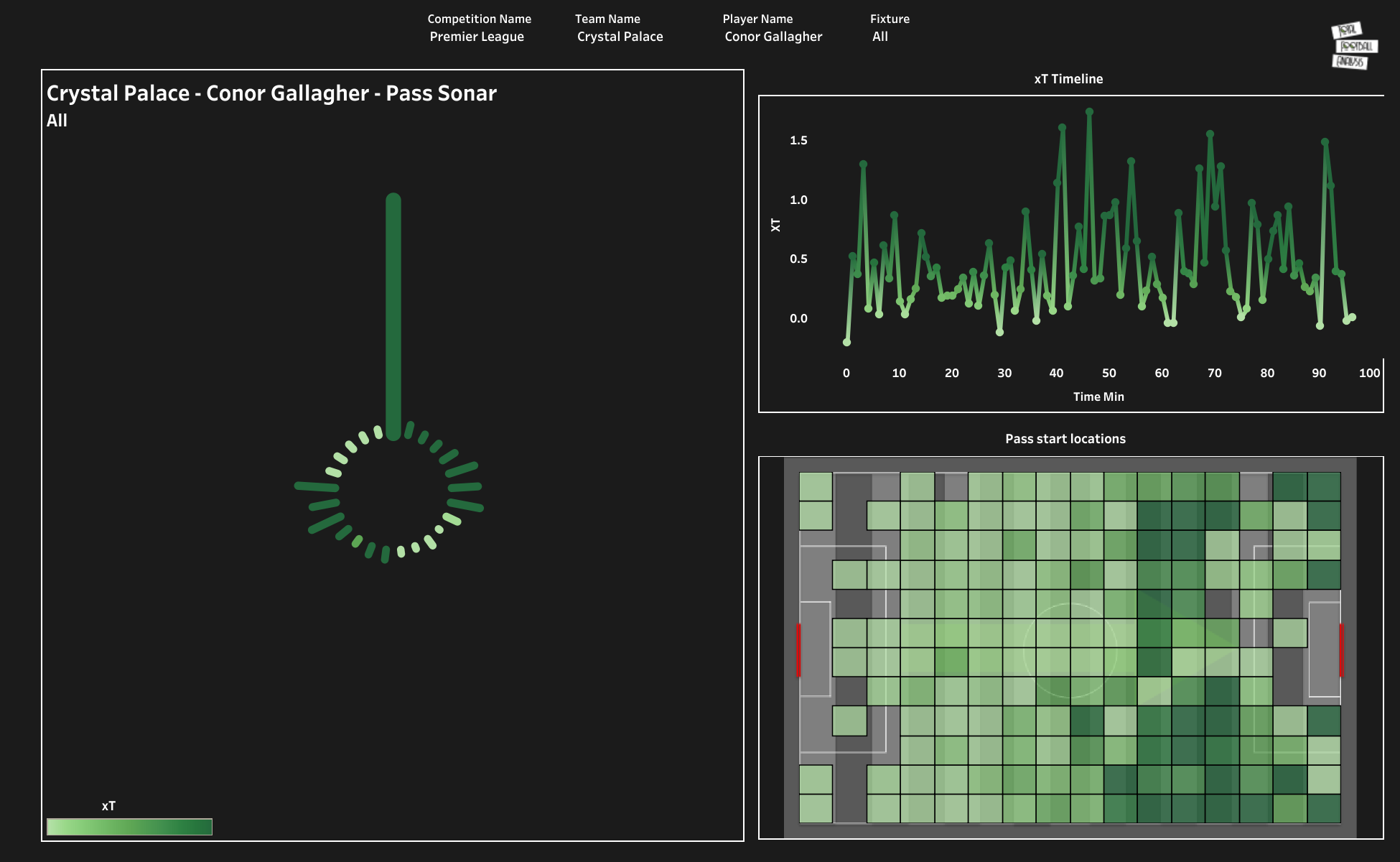 Gallagher played as a box-to-box midfielder and covered every area on the pitch. His favoured position was towards the right side, and his passing was more effective during the second half of the matches. The midfielder likes to stretch the opposition defence and build up play with the wide attackers and full-backs. Most of his passes were towards right-back Joel Ward, followed by Jordan Ayew, who also featured on the right throughout the season. The highest threat is created by the passes towards Wilfried Zaha. 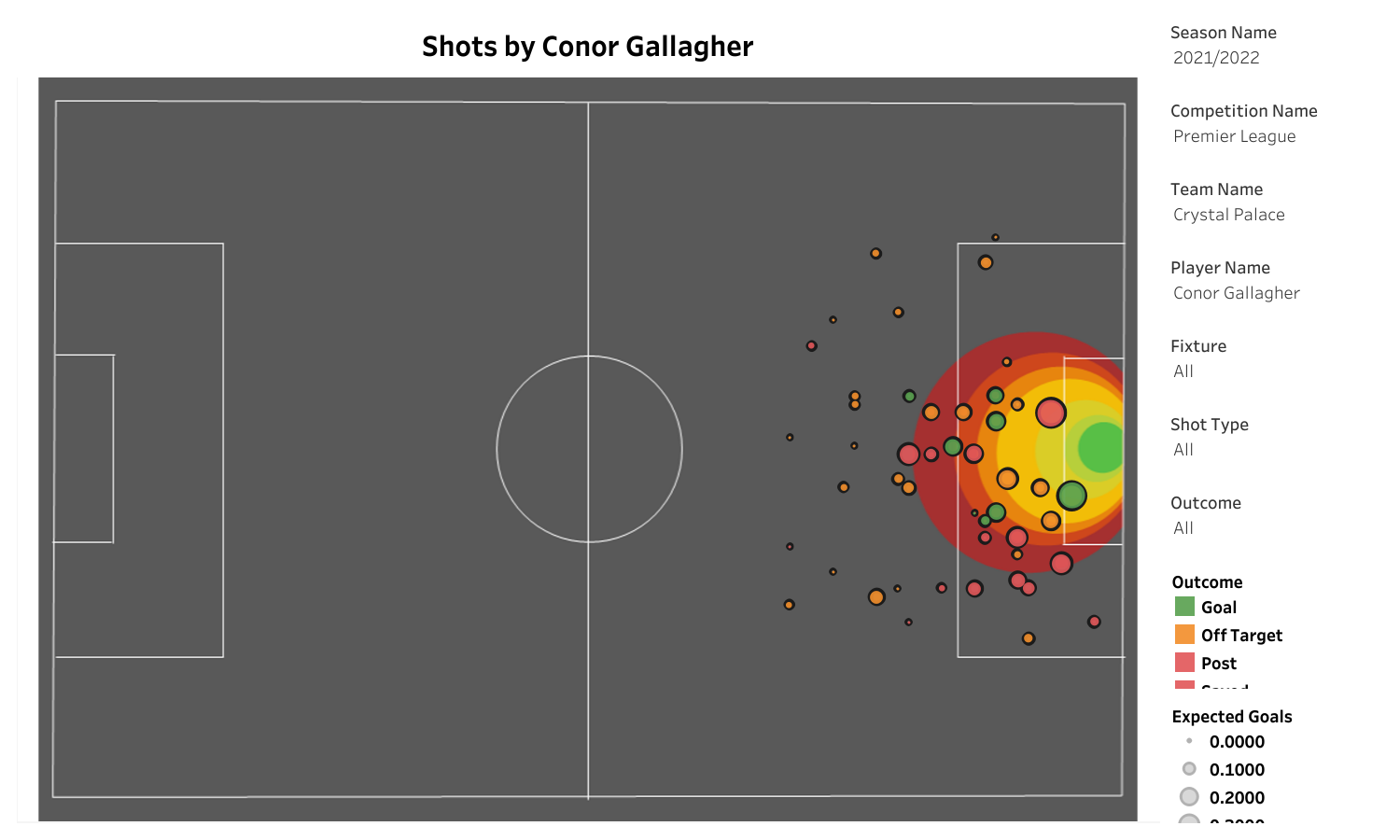 Frank Lampard’s factor will play a crucial role in signing the youngster. He has already played for Chelsea and is considered one of the greatest midfielders in the English Premier League. Conor Gallagher will also think about learning from the best and could be on the move to Goodison in the summer. He could be the driving force behind Everton’s charge towards European qualification.