Everton lost their previous match by a scoreline of 2-3 against Brentford and are just two points above the relegation zone in the English Premier League table. However, they have a game in hand over the other opponents and could ensure their safety. Everton have struggled in front of the goal this season and have managed to score just 39 goals. The reason behind their struggles was the injury to their star striker, Dominic Calvert-Lewin. The Englishman missed most of the first half of the season due to injury and left Everton with only a few options to attack. Due to Calvert-Lewin’s injury, Richarlison also struggled to make his mark on the team and contributed less. Frank Lampard also made some shocking decisions by benching Calvert-Lewin in some of the previous games. However, the former Chelsea player introduced Calvert-Lewin to the starting XI in the previous match, and the striker netted a goal. Richarlison also scored in the previous match. Here are some of the stats that show why the manager must start these players alongside each other in the attack. 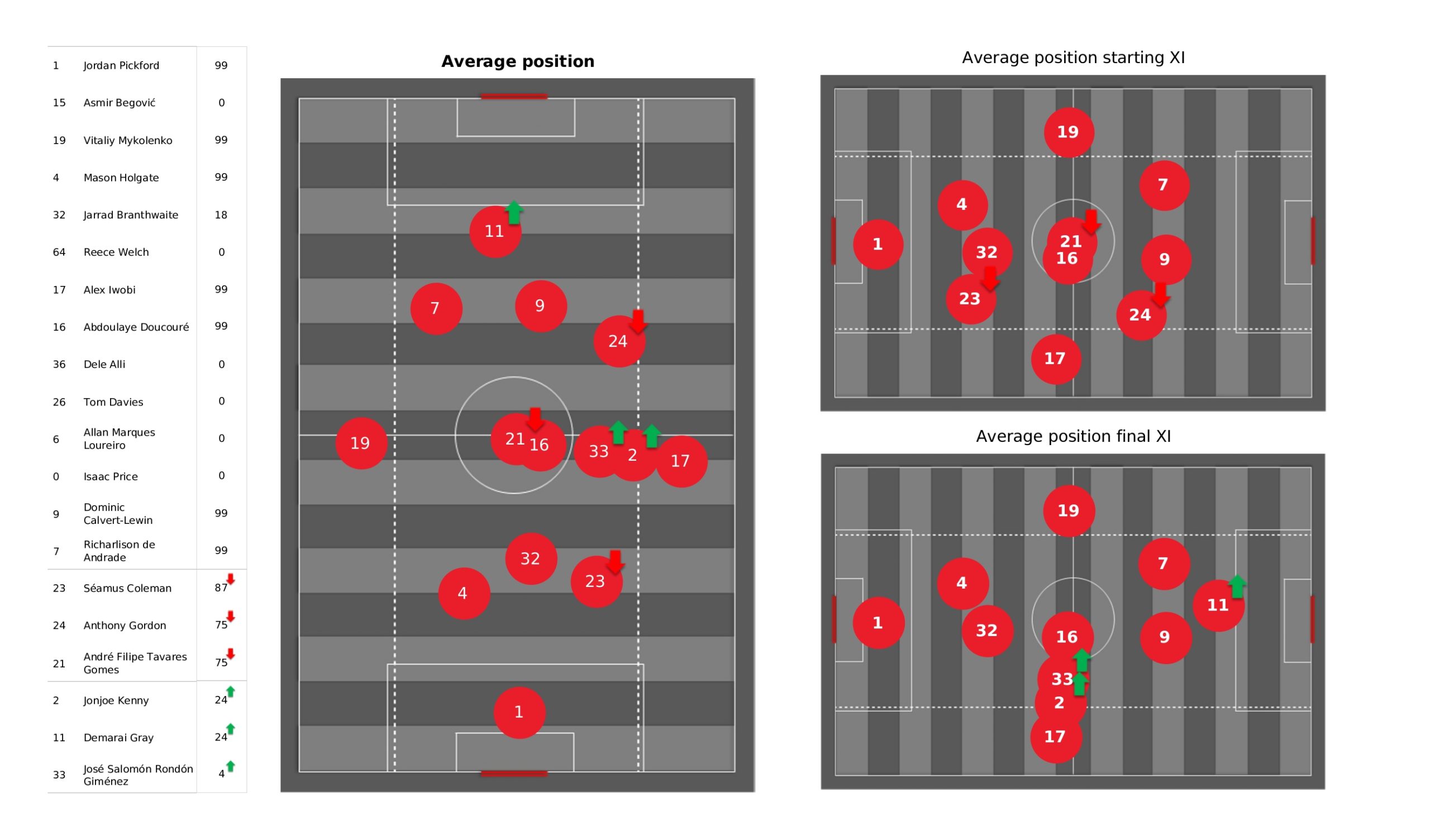 Richarlison and Calvert-Lewin started together for the 11th time this season. Everton have managed to win four of these games and have drawn one. The other six matches have ended in some form of defeat. However, the Toffees have scored 16 goals in those 11 matches and only 23 in the other 25 matches. The above viz shows the average position of Everton players in their last game. Frank Lampard’s men started in a 3-4-3 formation, with Dominic Calvert-Lewin playing in the centre and Richarlison on his favoured left side. The manager made changes in the second half, and their final position looks like they played as the front two. 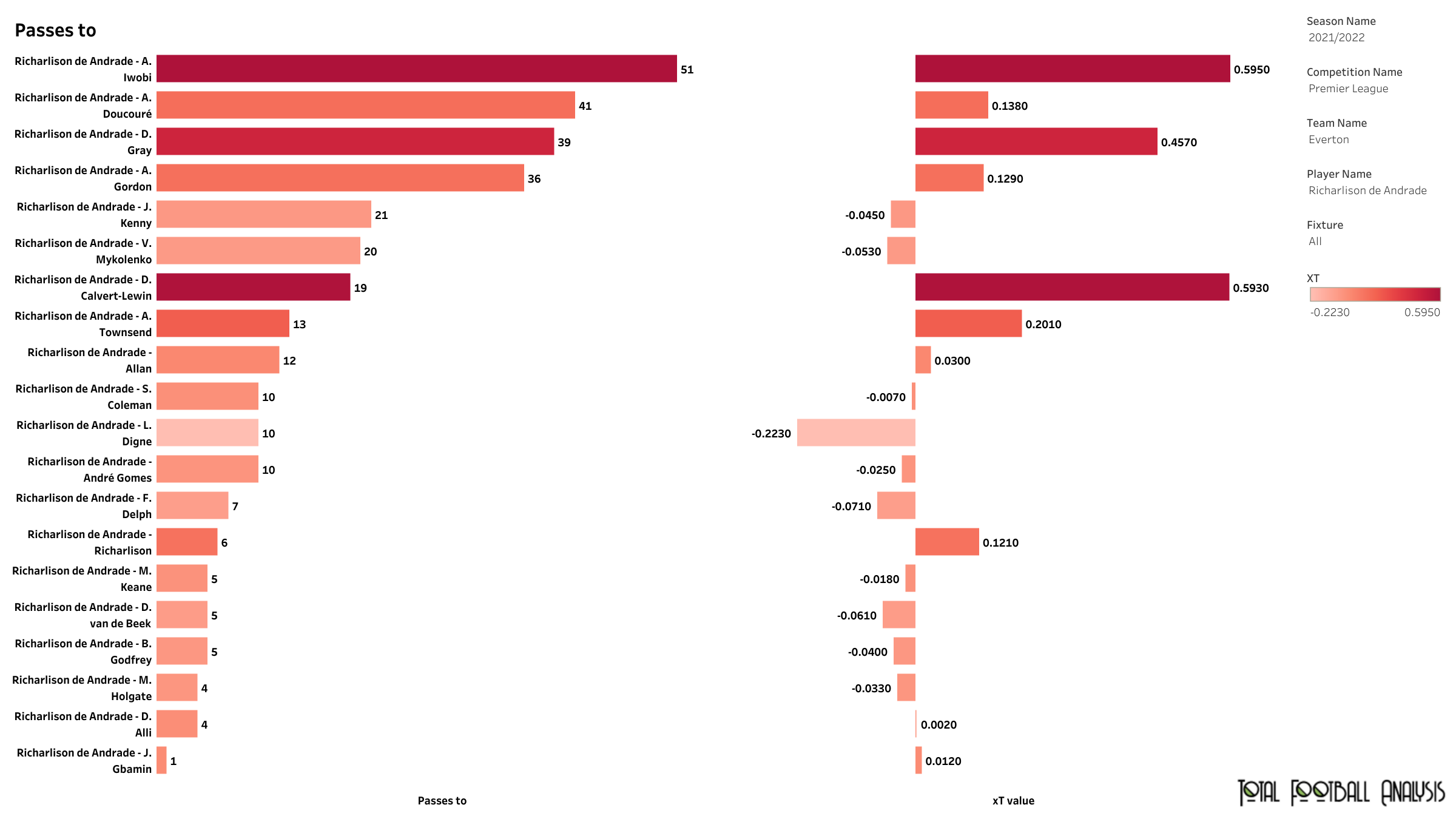 This season, the duo has only combined for one goal. Richarlison provided an assist in the opening fixture. Since then, they have failed to combine for more goals. However, from the above viz, we can observe that Richarlison has attempted 19 passes towards his teammate, and those passes have created the highest threats from passes for the Brazilian.

Due to a lack of game-time and injuries, the productivity of the duo has been hampered. Richarlison has benefitted from his partner’s absence and has scored seven goals (two more than last season’s tally). Dominic Calvert-Lewin scored 16 goals last season and is just stuck on four goals this season. Their partnership is crucial for Everton if they want to ensure their survival in the top division. The quality that these two provide also encourages their teammates to perform better. Frank Lampard will look to start both these players in the remaining two matches and ensure their safety.