Everton are considering a move for Watford forward, Emmanuel Dennis. Watford were relegated from the English Premier League towards the end of last season, and the Nigerian international is also looking for a move away from the Hornets. Richarlison is on the verge of leaving Everton, and Frank Lampard is looking for players who could replace him. Dennis had a decent season with Watford last time around, as he netted a few goals and also provided assists for his teammates. Richarlison was also signed from Watford by Everton and proved to be a big signing.

Dennis made 33 appearances for Watford last season, and 30 of those came as starts. He found the back of the net on ten occasions and also helped his teammates score six goals. 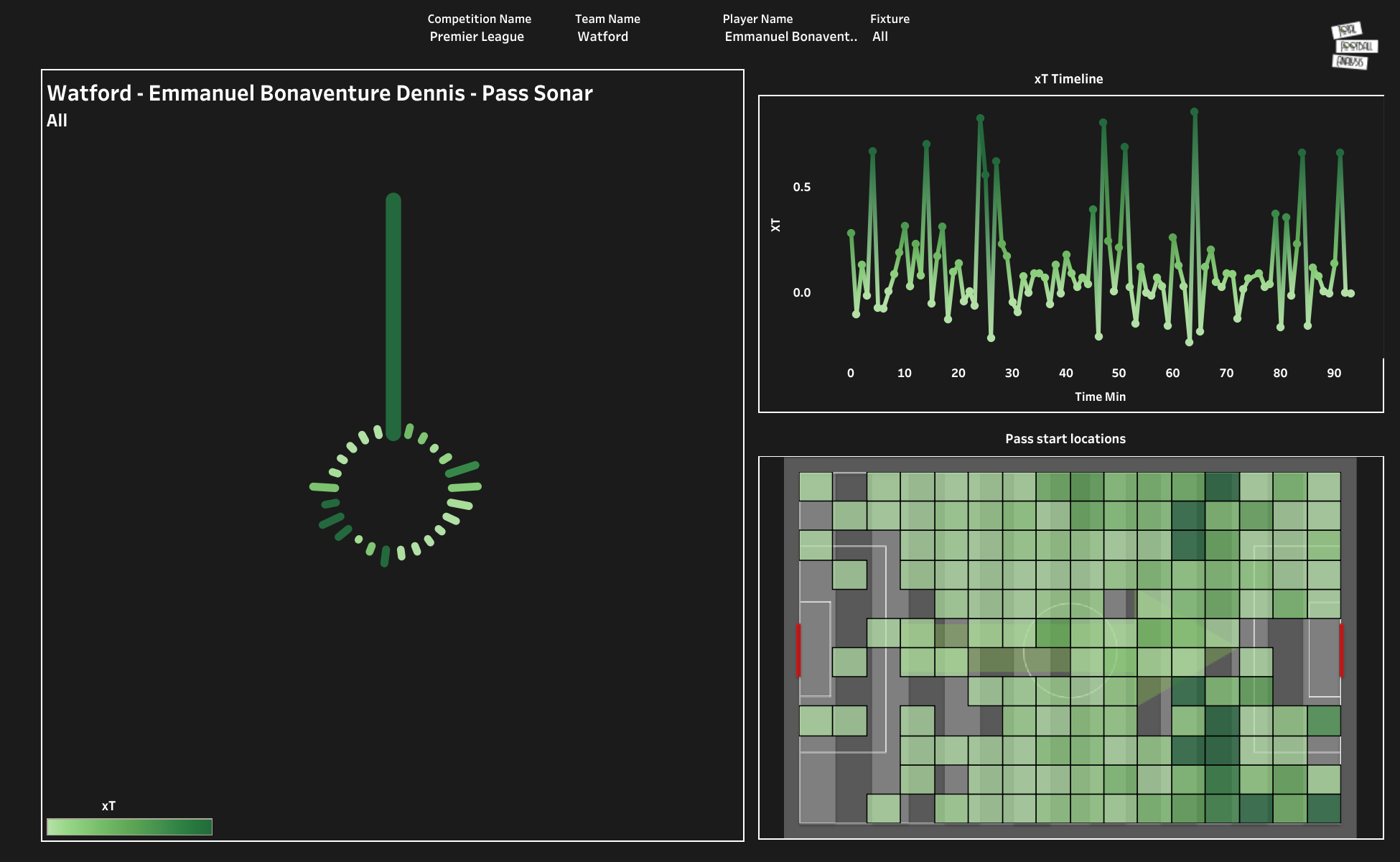 The 24-year-old mostly featured on the right side but was also used on the left wing by his manager. The above viz shows the pass start location as well as the threat created from passes at different time intervals. He stretched the opposition defence and often penetrated the opposition’s penalty box. Dennis averaged 3.48 touches inside the opposition’s penalty box per 90 minutes. Emmanuel Dennis averaged 18.4 passes per 90 minutes and had a passing accuracy rate of 70.64%. 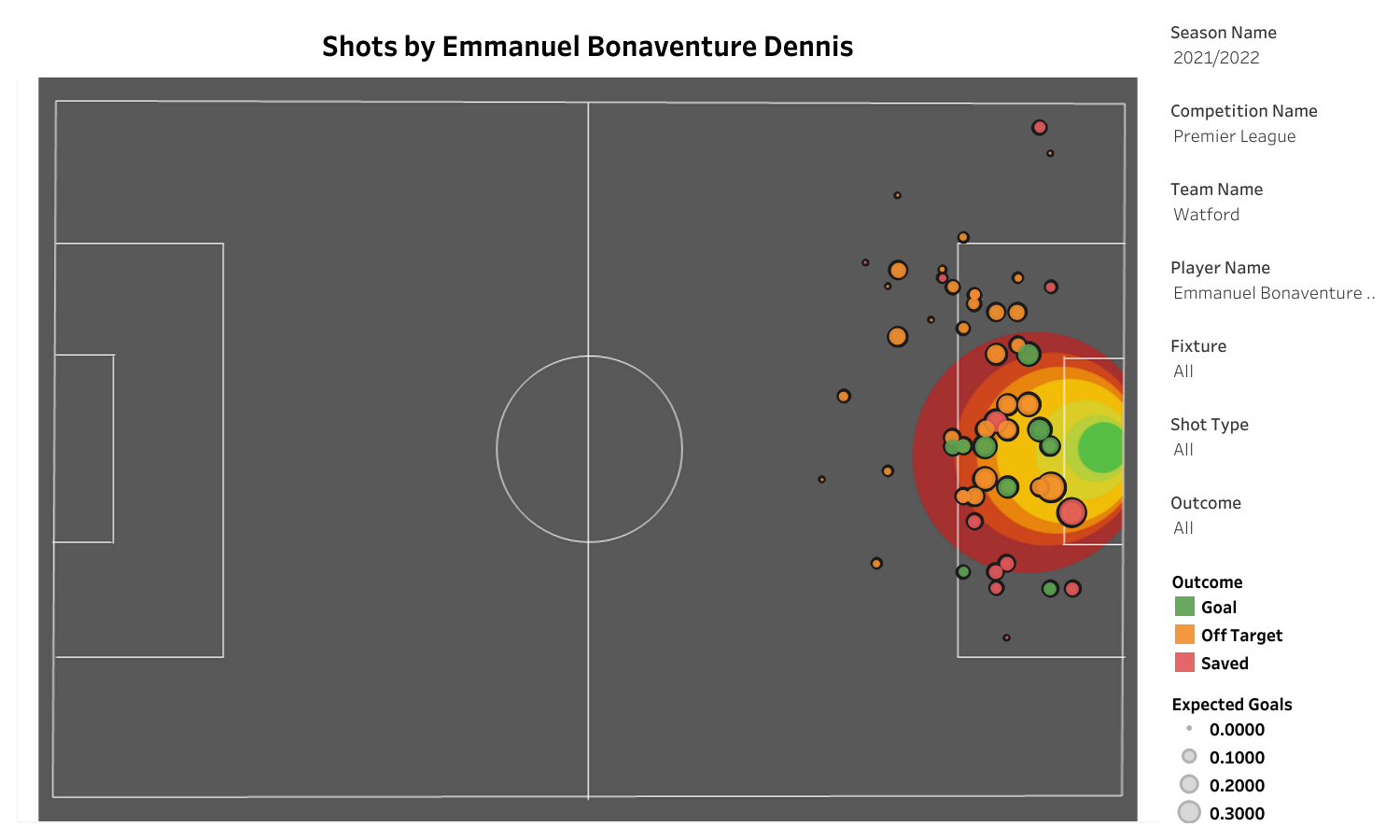 The forward was involved in 10.3 attacking actions per 90 minutes and had a 41.46% success rate. The above viz shows all the 56 shots that were attempted by Dennis last season. He managed to hit the target 22 times with a 39.29% shot accuracy rate. Dennis scored all the goals from open play and from inside the opposition’s penalty box. He had a high accuracy rate whenever he attempted shots from the right side. 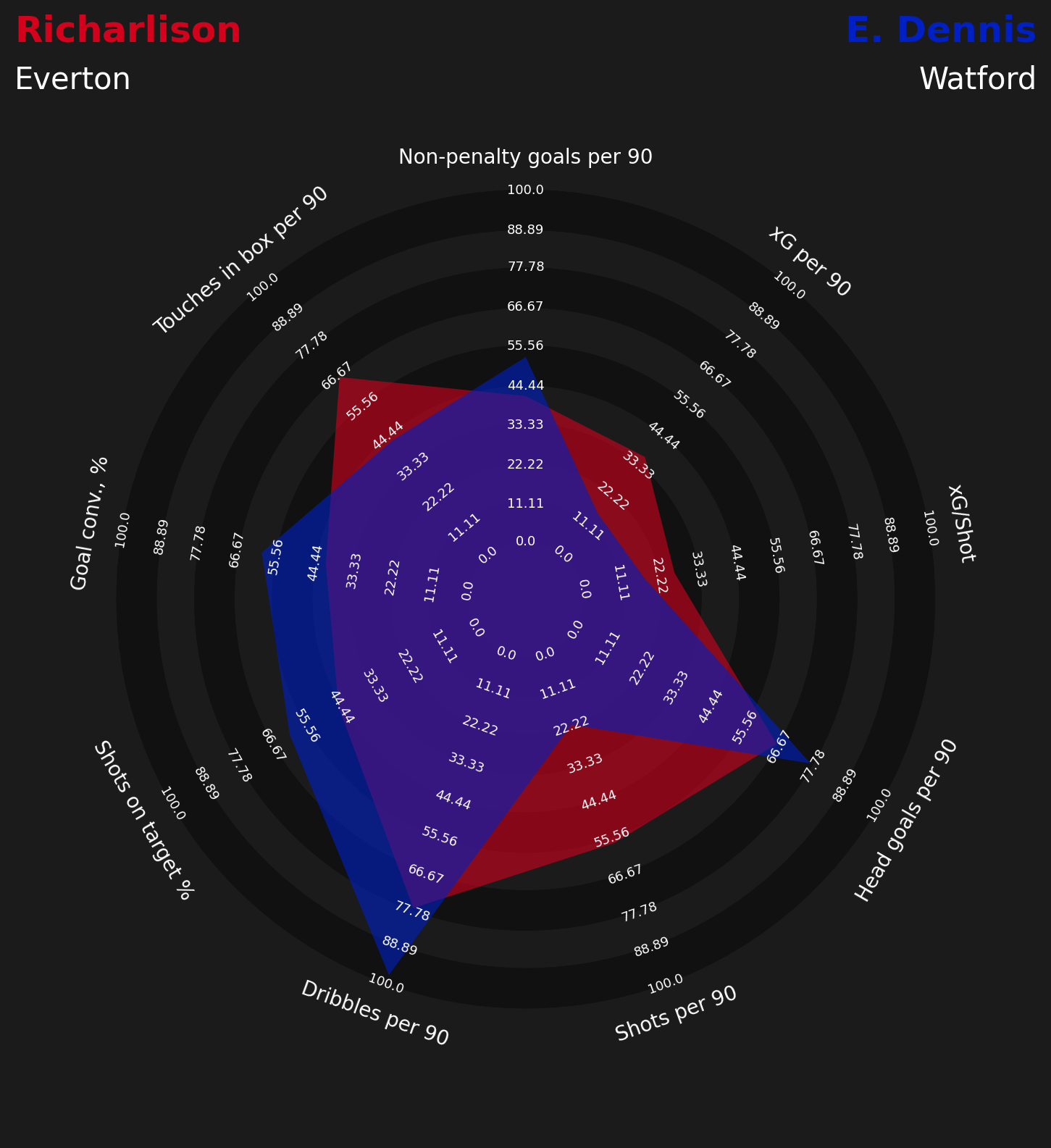 Richarlison also scored ten goals last season in 30 appearances and assisted five times. The above viz compares the attacking stats of Richarlison and Dennis. Richarlison is represented in blue, and Dennis in red. Richarlison scored three penalty goals, and Dennis scored all the goals from open play. The Watford forward attempted more dribbles and also had a higher shot accuracy rate than Richarlison. Dennis averaged 6.3 dribbles per 90 minutes and had a success rate of 60.94%. 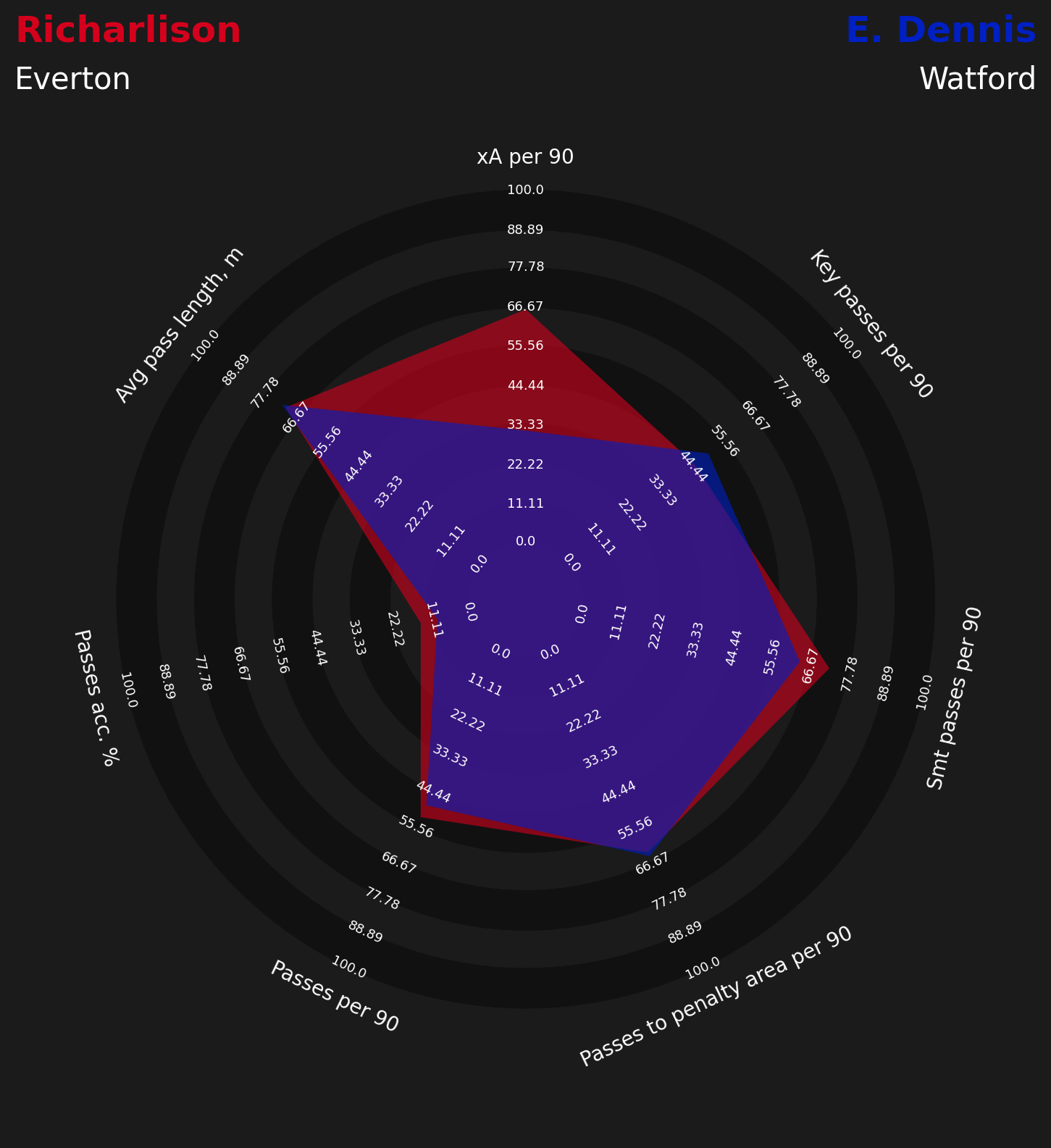 Emmanuel Dennis could turn out to be a perfect replacement for Richarlison. The Nigerian had similar stats to that of Richarlison and scored the same number of goals. Richarlison is heavily linked with a move away from Goodison Park. He has been their best player in recent seasons, and Everton will look to replace him with the best possible option. Signing the Nigerian will also save a lot of money for Everton. Dennis is also likely to opt for a move back into the English Premier League.