Everton are targeting English Premier League players to strengthen their squad for the next season. One of the players that have emerged as a target for Frank Lampard is Tottenham Hotspur outcast, Harry Winks. The Englishman has struggled to find his place in Spurs’ starting XI in recent years and is willing to leave the club. He was given some substitute appearances towards the end of the season, but the player demands regular football. Winks has been a part of Spurs’ set-up since 2014 and has also represented his country. The 26-year-old could be a valuable addition to Frank Lampard’s side as he brings a lot of experience with him. 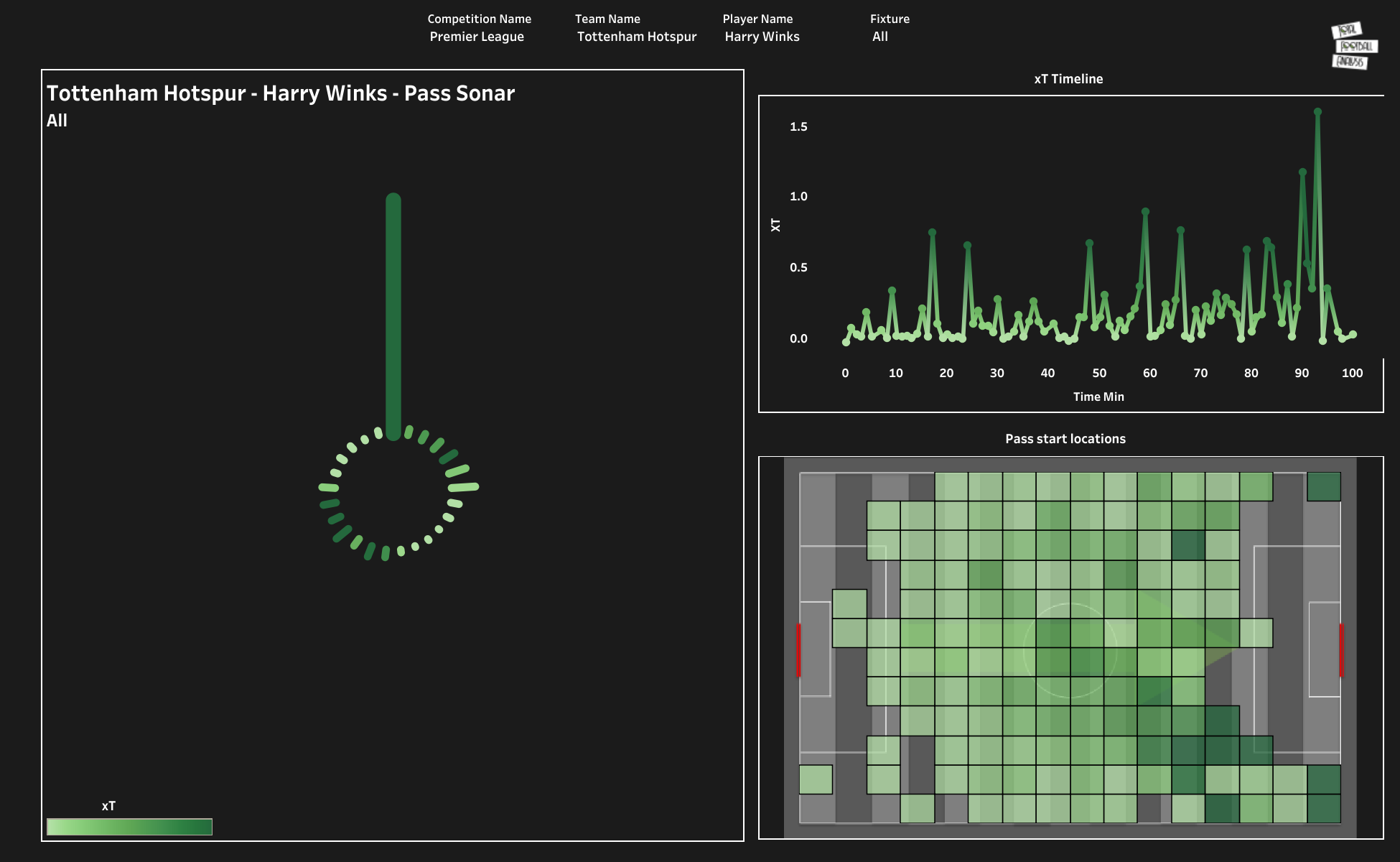 Winks made 19 appearances for Tottenham Hotspur in the English Premier League. He only made nine starts and provided an assist in one of the matches. The above viz shows the pass start location as well as the threat created from passes at different time intervals. The player played in the midfield and stretched the opposition defence by taking positions on the wide sides. The pass start location of the player shows that the highest threat was created by the passes that were attempted from the wider sides and were threatening towards the end of the matches. 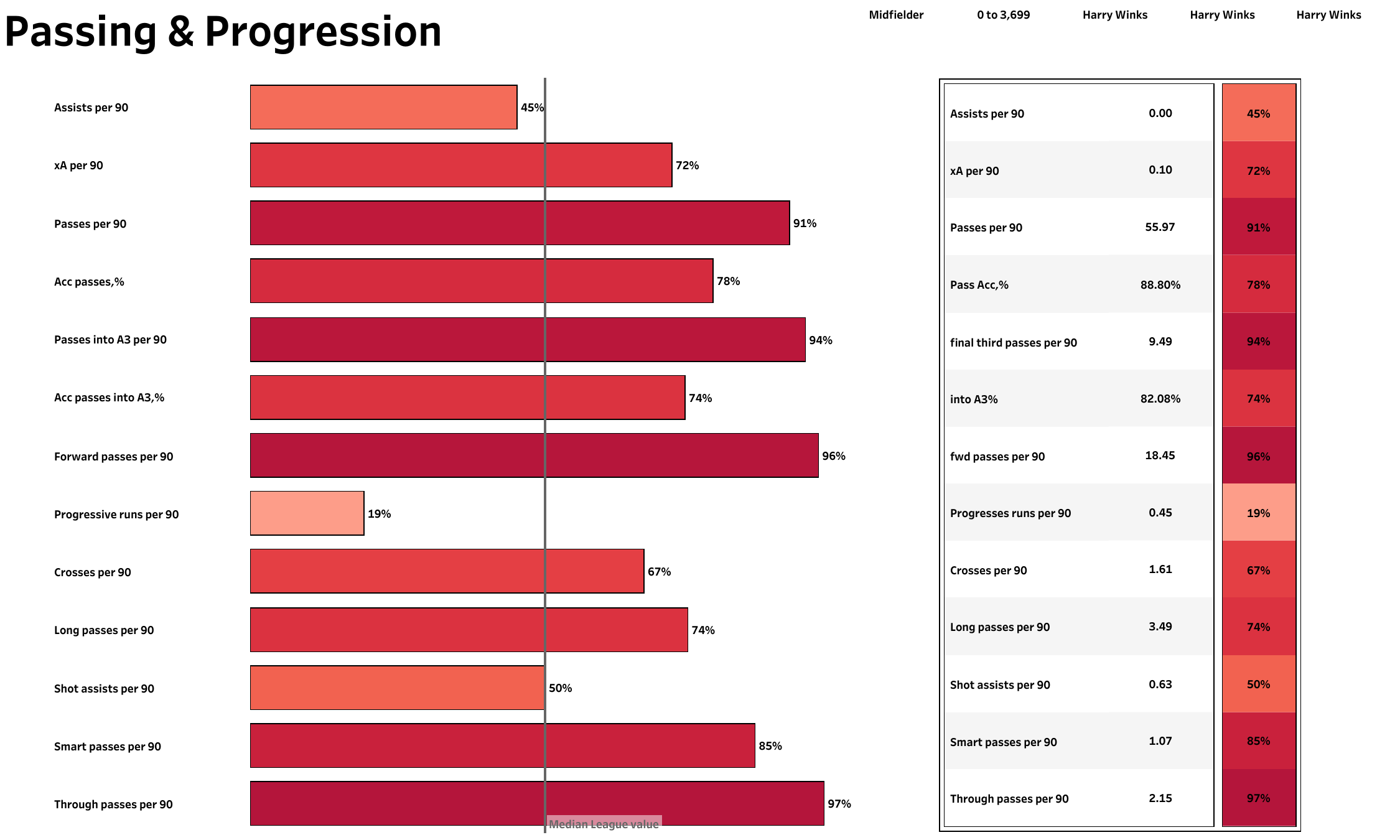 When looking at the above chart, the general rule is that the longer the bar, the better the performance — you can see the league average in the middle, and the % is the percentile rank the player is in. The above viz compares Winks’ stats with those of other midfielders in the league. He averaged 55.97 passes per 90 minutes with a high passing accuracy rate of 88.8%. Notably, the player had a high percentile rank for attempting forward passes, passes into the attacking third, and through passes. This shows that Winks is very effective with his passing and offers a range of passes. He can create chances for his teammates to score goals. 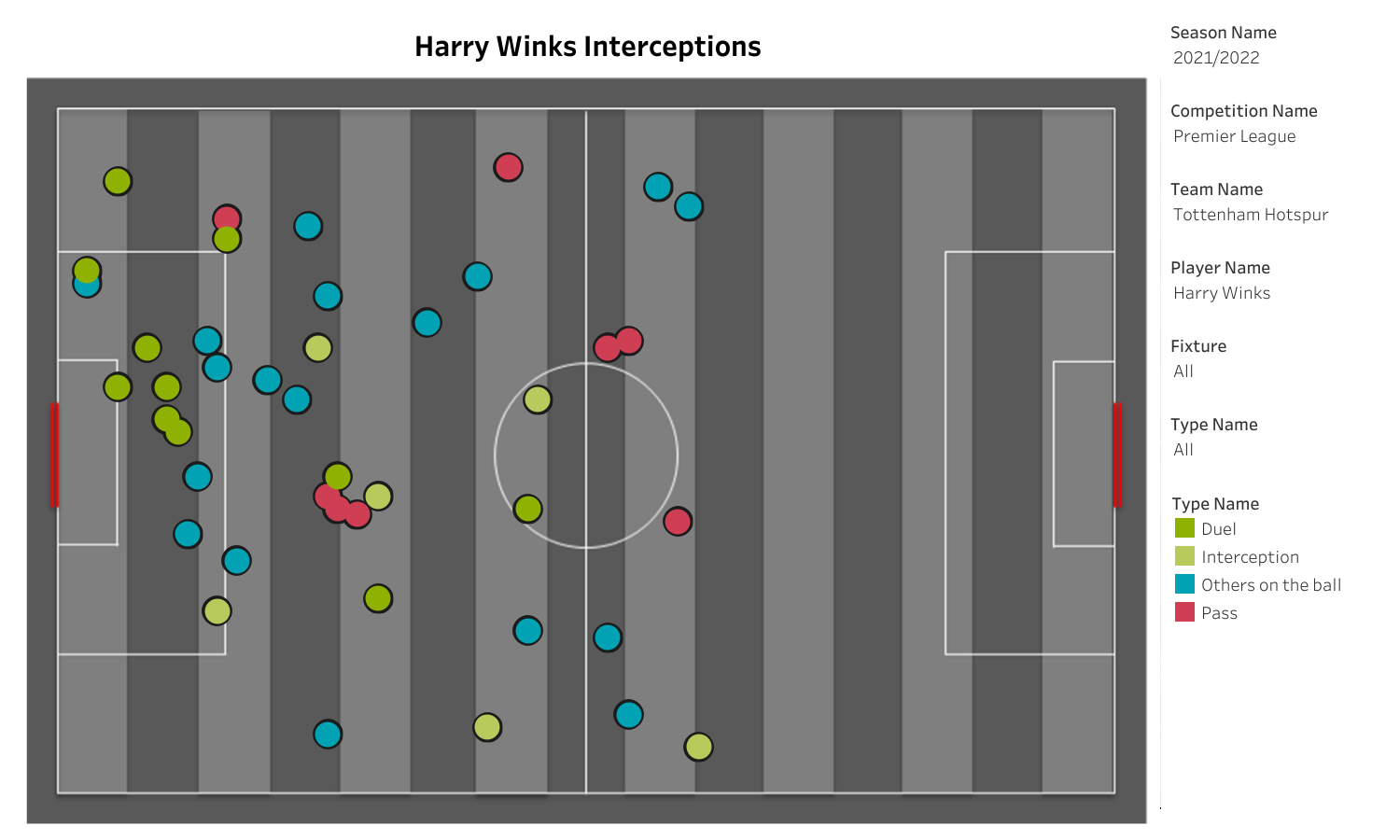 Winks also made some domestic contributions to the Spurs team. He averaged 3.58 interceptions per 90 minutes, and most of the interceptions were made when other players were on the ball. Most of the interceptions were made inside his team’s half as the player helped his side to defend the goal. He also contested 5.10 defensive duels per 90, 0.72 aerial duels per 90 and 1.88 loose ball duels per 90 with a success rate of 15.79%, 50% and 52.38%, respectively. The recovery rate was also high for the midfielder. He averaged 5.37 recoveries per 90 minutes, and 2.42 of them were made inside the opposition’s half.

Harry Winks is one of the top-rated midfielders in England, and Everton could acquire his services for the next season. He is also looking for a move away from the Spurs to get more game-time. Frank Lampard could help him to get much better and contribute more towards scoring goals. He could be on the move to Merseyside in the coming days.