Everton are looking for options to boost their defence for next season. The Toffees have struggled both defensively and offensively this season and are currently in the relegation battle. One of their centre-backs, Michael Keane, could be on the move away from Goodison Park, with West Ham United emerging as the strong contender to sign the English defender. However, Everton have other plans and are looking to sign an experienced centre-back who could become their main man for next season. He is none other than Burnley’s James Tarkowski. The Toffees have already enquired about the defender and are looking to add him to their squad for the upcoming season. Tarkowski is playing his sixth straight season in the English Premier League and has made 191 appearances for the Clarets. The 29-year-old defender could be handy for Everton and here are some of his season highlights that will show why Everton are interested in signing the centre-back.

James Tarkowski has made 32 appearances for Burnley this season and has helped his side keep seven clean sheets. The defender has found the back of the net once and has also assisted twice in those 32 matches. 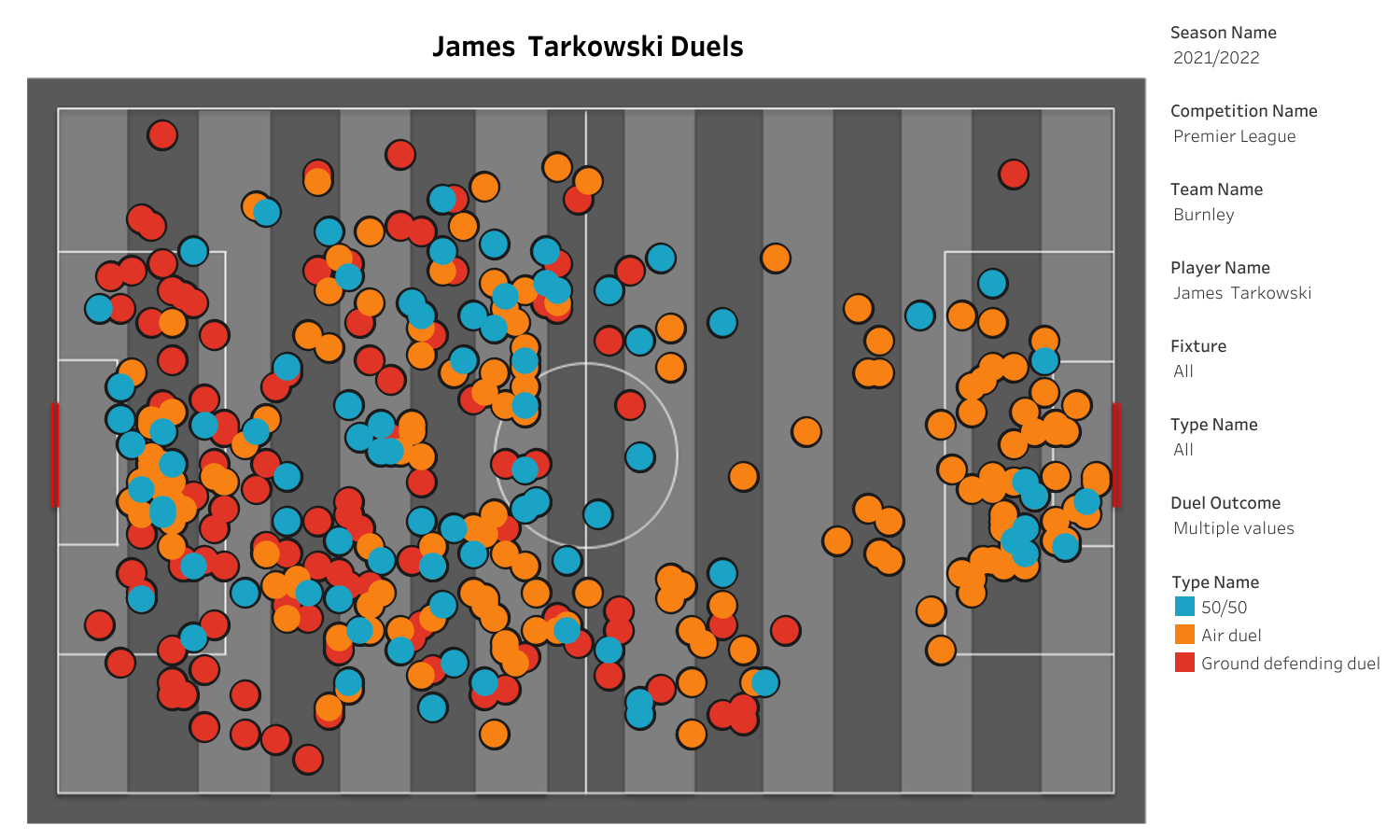 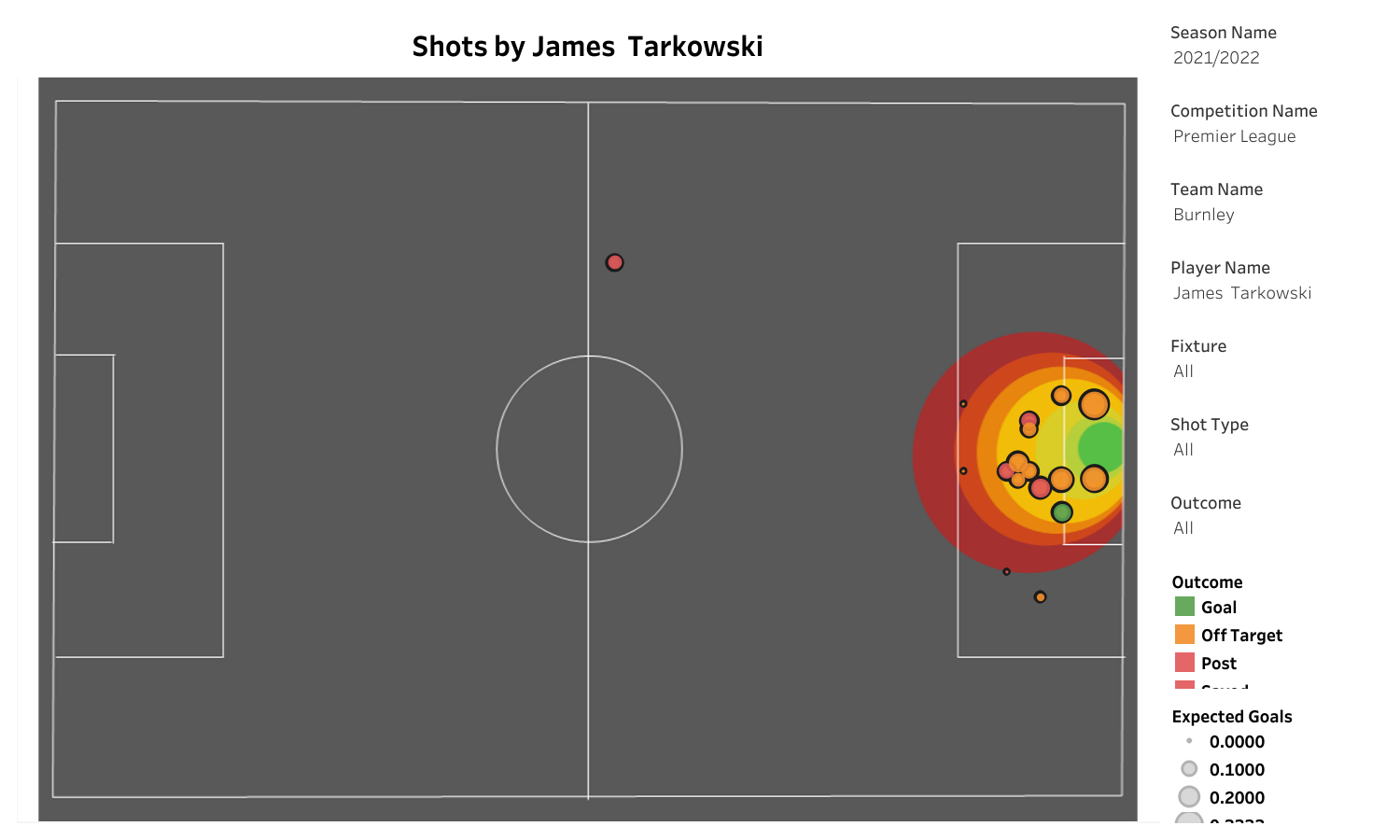 As mentioned earlier, the player is dangerous while going forward on set-pieces. He has attempted 17 shots this season, and five were on target. Of these 17 shots, five were attempted from inside the opposition’s penalty box. Overall, he has scored seven English Premier League goals. 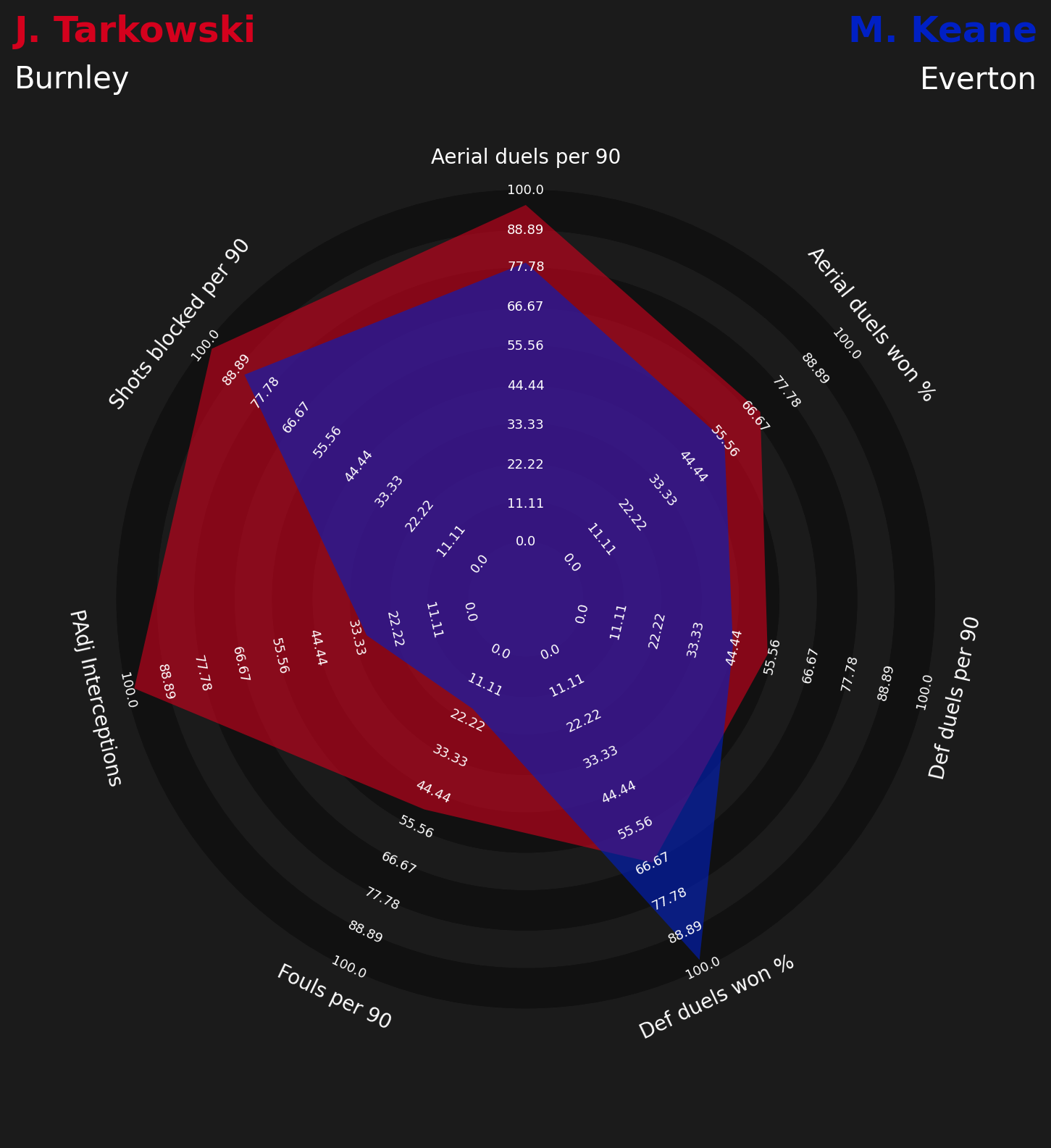 James Tarkowski has risen through playing in the lower leagues and has been playing in the first division for the past six years. He has a lot of experience and would be a great addition to a young Everton defence. Everton will look to sign the defender in the upcoming transfer window and hope for defensive stability in the team. Tarkowski will be out of contract in the summer, and Everton could get him for free.