Frank Lampard continues his search for players as Everton look to strengthen their squad for the upcoming English Premier League season. He is in search of midfielders who could add creativity as well as provide defensive stability to the team. The former Chelsea midfielder was targeting Conor Gallagher from Chelsea on a loan spell, but it looks like Chelsea will give a chance to their improved youngster, and he might stay at Stamford Bridge. One of the players to have recently emerged as their latest target is Wolves midfielder, Leander Dendoncker. The 27-year-old Belgian international has cemented his place in the English Premier League club’s starting XI and has also been a regular for his national side. His tall figure is a menace inside the penalty box, and the player likes to run up and down the pitch. Some of the stats from the last season show why Frank Lampard has shown his interest in the player. 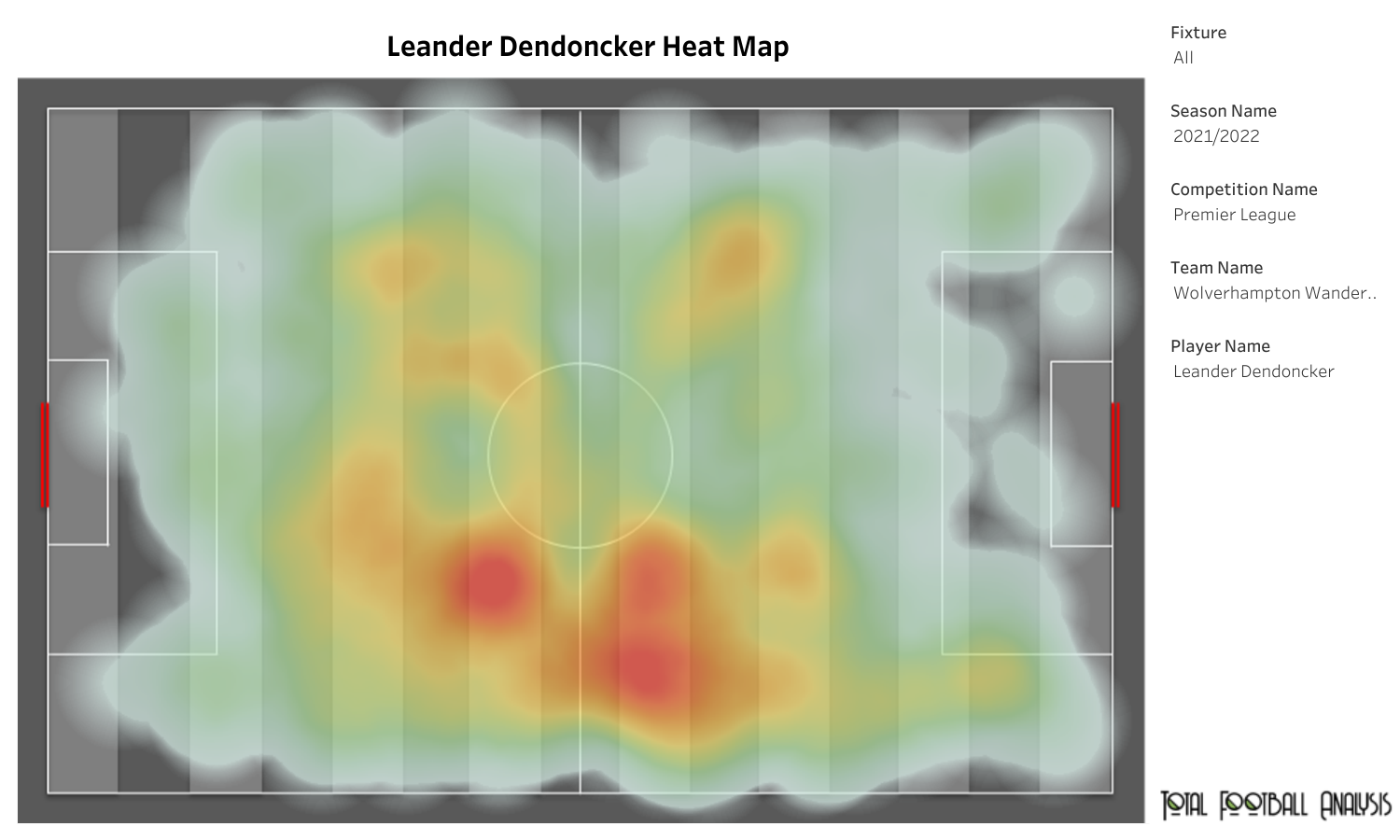 Dendoncker has made 120 appearances in the English Premier League. He appeared in 31 league games for Wolves last season, which included 21 starts. The player found the back of the net twice and provided two assists. This was Dendoncker’s first season in the English top division where he helped his teammate score a goal. The above viz shows the heat map of the player from last season. As mentioned earlier, Dendoncker is a box-to-box midfielder and featured as a right central midfielder for his side. 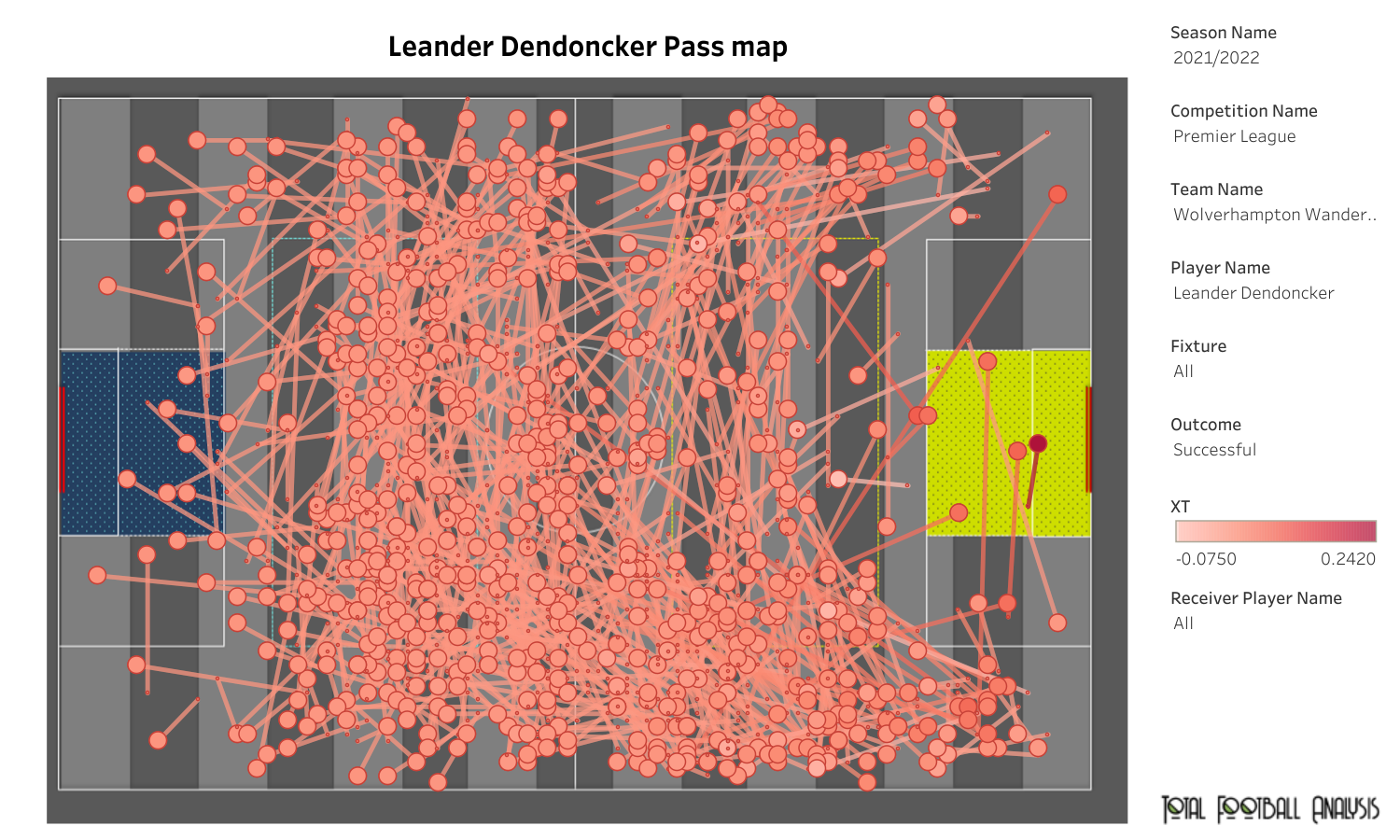 The 27-year-old Belgian averaged 30.9 passes per 90 minutes with a high accuracy rate of 88.6%. If we look at the above viz, we can observe that some of the passes were directed towards the flanks to build the play. His passes were simple, and he only attempted 2-3 passes from inside the opposition’s penalty box, with two of them resulting in goals. In the 2020/21 season, he averaged 36.18 passes per 90 minutes with an accuracy rate of 89.9%. 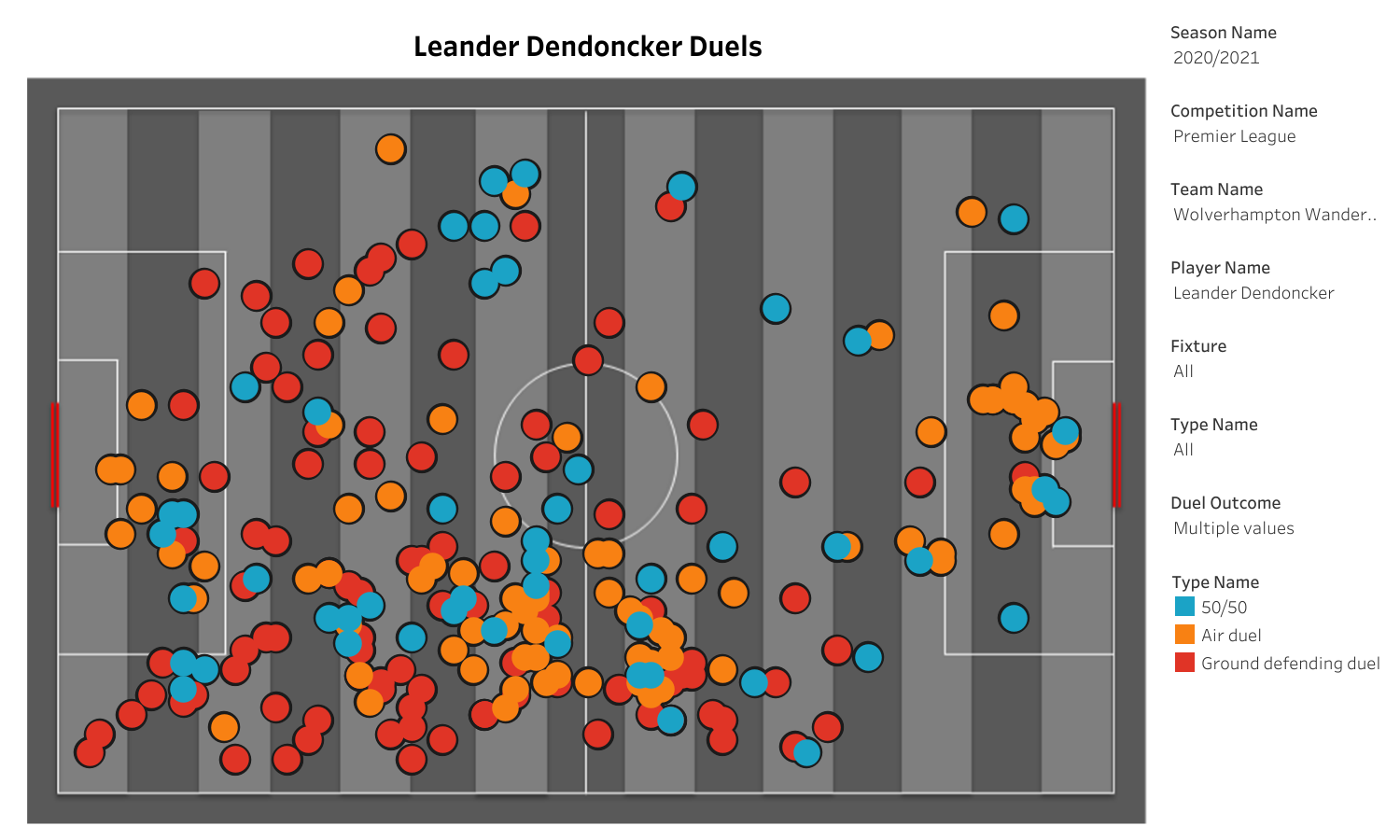 One of the strengths of the Belgian international is his ability to contest duels on the pitch and win the aerial duels. The above viz shows all the duels that were won by Dendoncker in the 2020/21 season. Dendoncker averaged 4.97 aerial duels per 90 minutes and won 56% of them. He won quite a few aerial duels inside the opposition’s penalty box while attacking during set-pieces. This shows that the player is a threat in the air and can score goals on different occasions. Last season, he contested 3.3 aerial duels and won 44.4% of them. The player also averaged more than four interceptions per 90 minutes in both seasons. This shows that the midfielder could also help his team defend the goal. 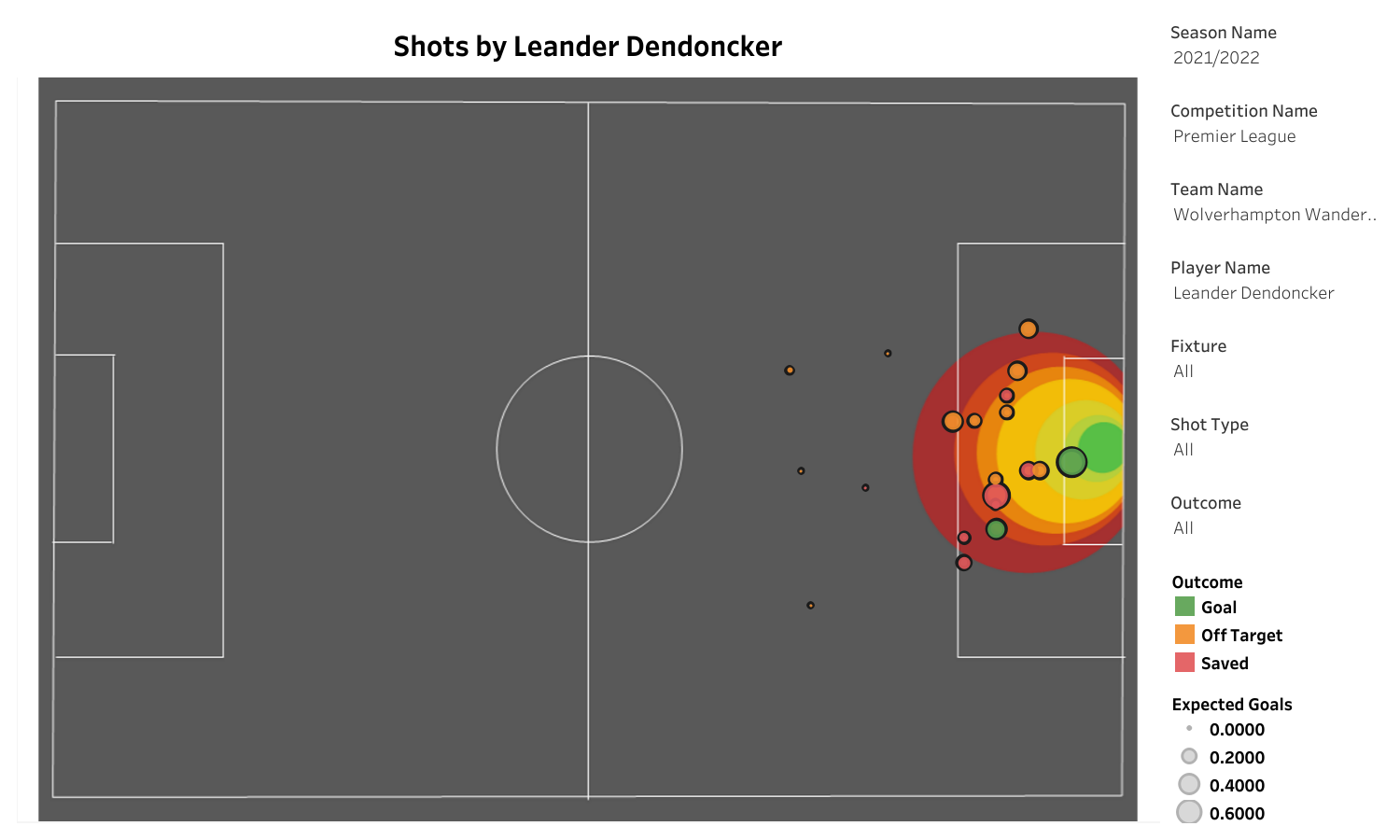 Last season, Dendoncker managed 0.82 shots per 90 minutes with a 45% shot accuracy rate. His every third shot was a header. The midfielder found some space inside the opposition’s penalty box and converted two chances.

Leander Dendoncker will be a handy addition to Frank Lampard’s squad. He has been playing in the English Premier League for the last four seasons. The Belgian has been a regular for his side, and Everton will look to make full use of his experience. His box-to-box and aerial abilities will add a lot of quality to Everton.