Everton are looking for players who could make a sudden impact on the team and help them to finish in the top half of the English Premier League table or higher up in the European places. They are targeting some of the players who already have experience playing in England’s top division. Maxwel Cornet, a Burnley forward, is one of the most recent targets to emerge. The Clarets were relegated from the league this season and a lot of players are considering a move away from the club. Maxwel Cornet was their main player, and he missed some of the matches due to injuries. This was one of the main reasons for his side’s downfall. However, Everton have seen his performances, and here are some of the stats that show why the Toffees are keen on getting the forward into their ranks. 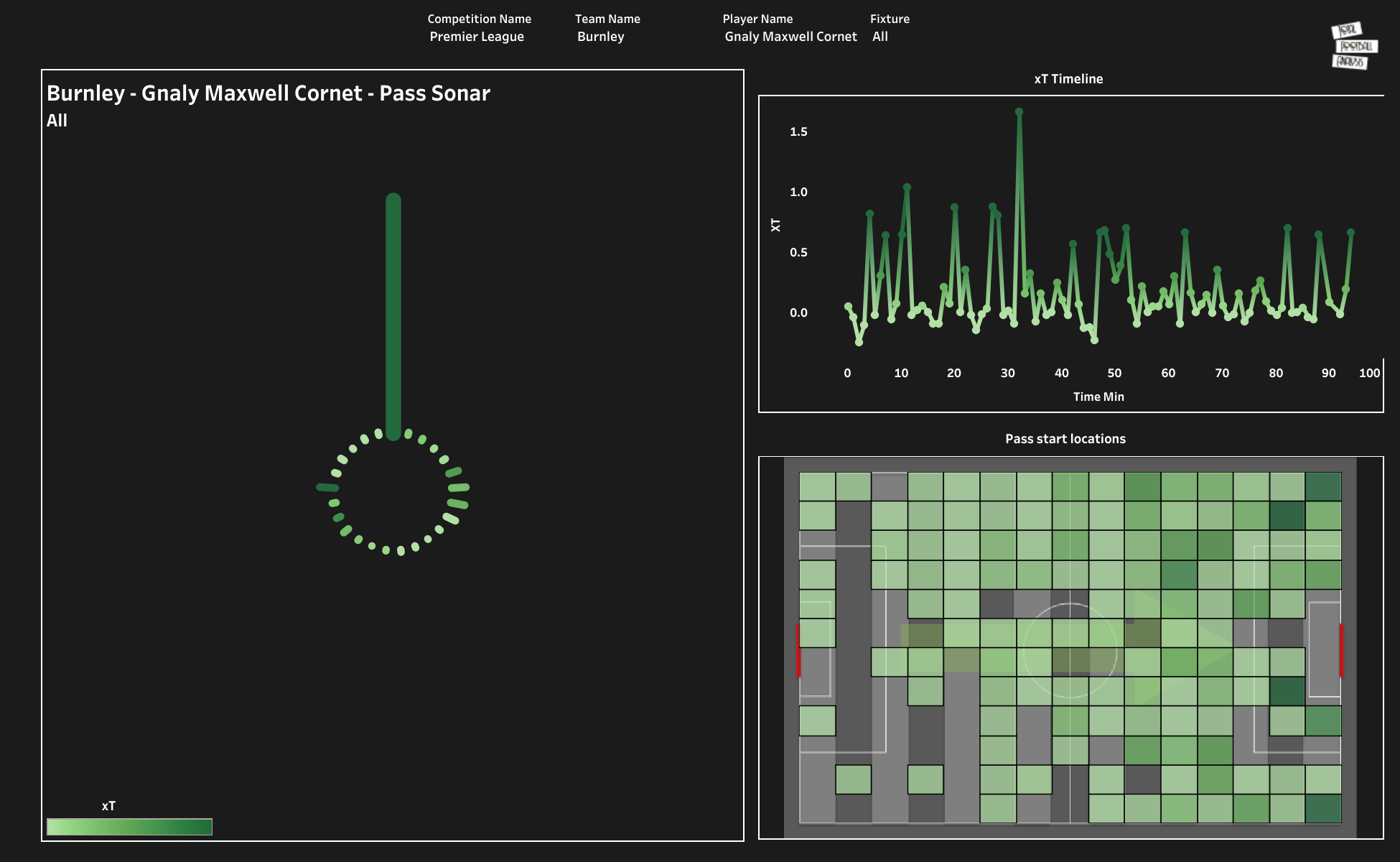 The above viz shows the player’s current start location as well as the xT timeline of the player. From the pass start location, we can observe that he is featured on the left side of the attack. Burnley usually play with a two-man attack. Maxwel Cornet was flexible with his positioning on the pitch and stretched the opposition defence on both sides of the field. He also took 3.1 touches inside the opposition’s penalty box per 90 minutes. The xT timeline shows that Cornet was effective with his passing at the start of the match. 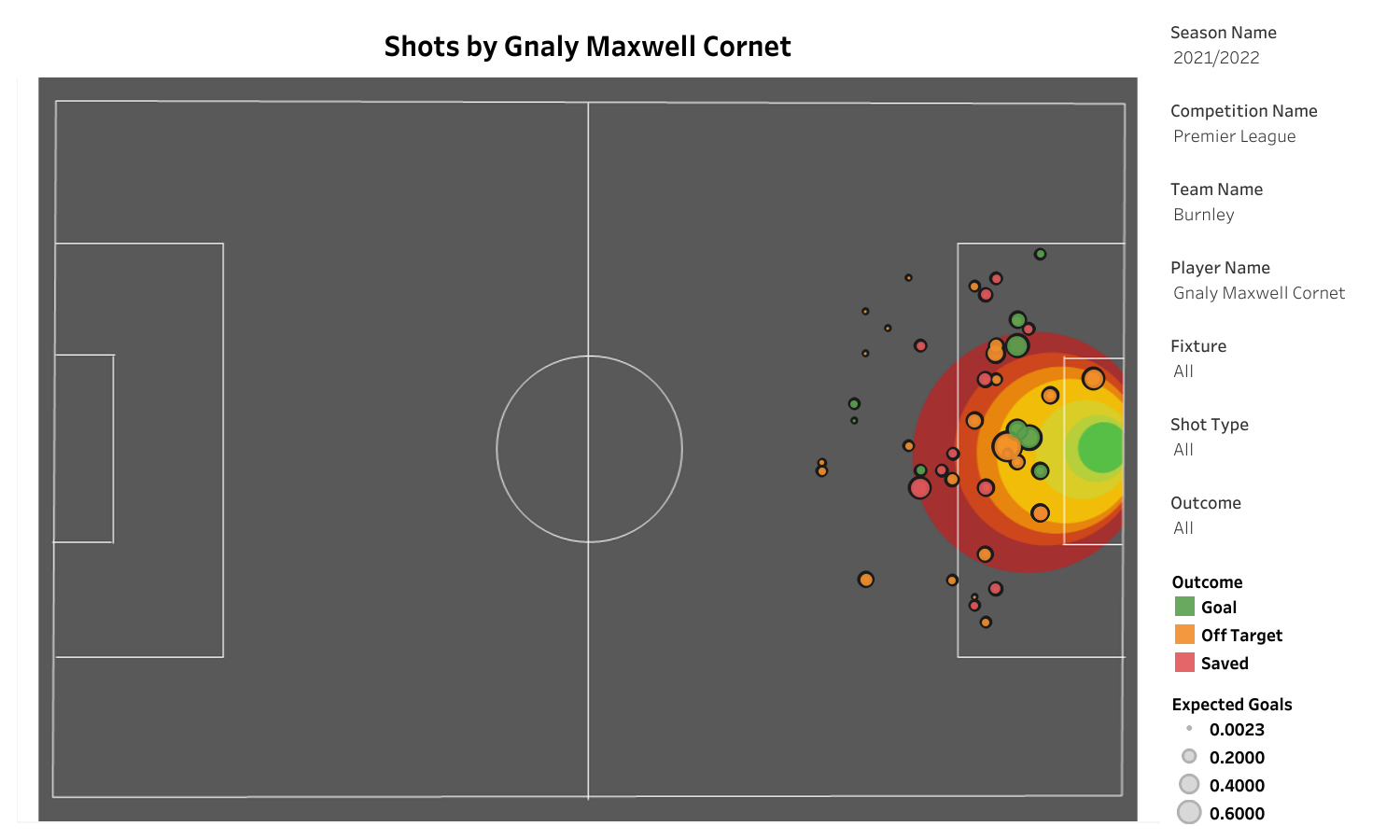 Cornet was Burnley’s highest goalscorer, with nine goals. He was way ahead of the second-ranked player, who scored three goals. The 25-year-old forward attempted 46 shots with a 41.3% shot accuracy rate. From the above shot map, we can observe that Cornet attempted most of the shots from his favoured left side. He scored three goals from outside the opposition’s penalty box. 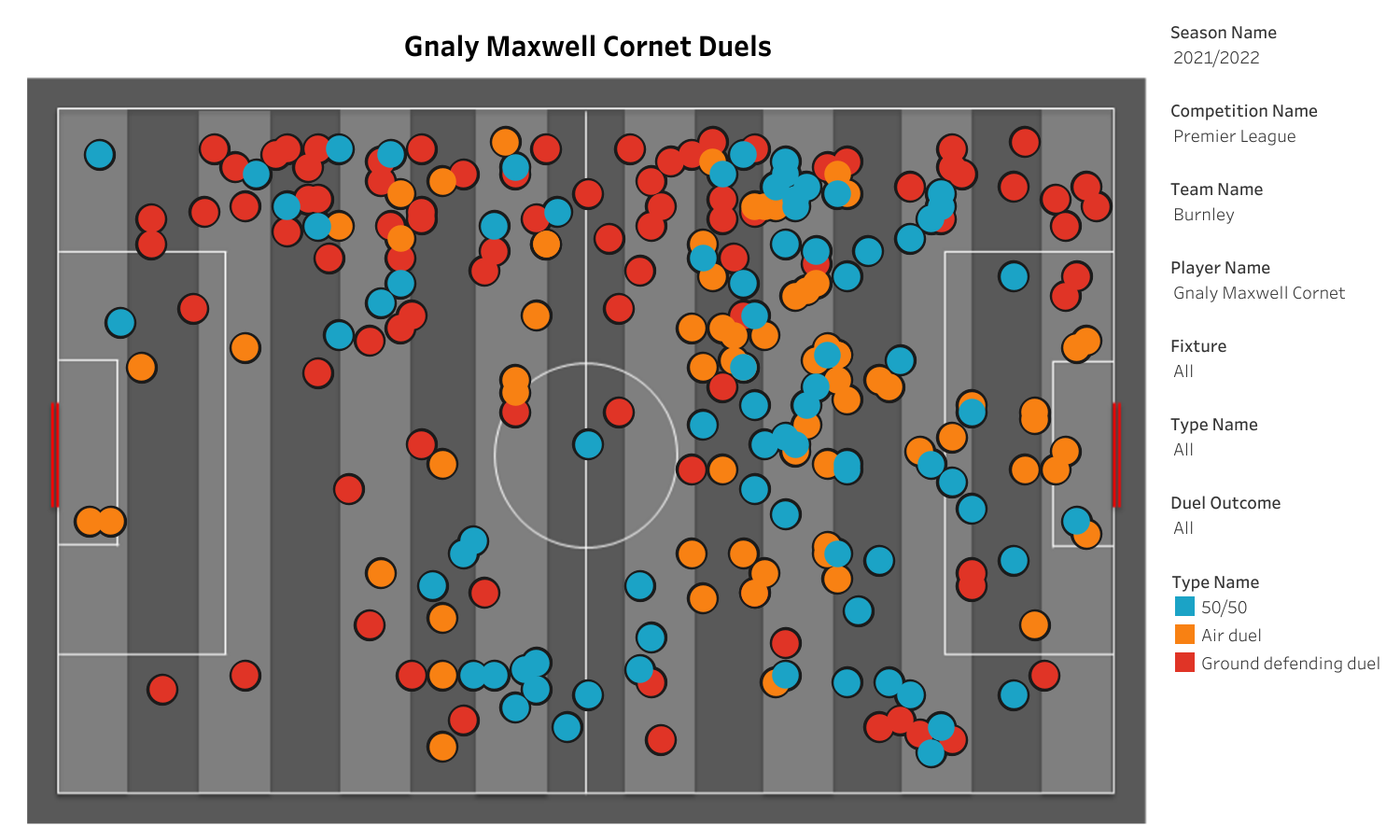 Maxwel Cornet scored 26.47% of the goals scored by Burnley. He was the main threat to the Clarets. A lot of clubs are after the forward, and Everton could be a likely destination for him. With his goal-scoring ability, he can add more threats and take Everton to new heights. They will face competition from other clubs and might have to invest a little more to acquire his services.