Everton have joined other English Premier League sides in the race to sign Wolves attacking midfielder, Morgan Gibbs-White. The 22-year-old spent the last season on loan at EFL Championship side Sheffield United and was their standout performer. His consistency piqued the interest of many clubs, and Wolves are hoping to profit from his transfer. The former U-17 World Cup winner is valued at a price of around £30 million. Everton are looking to strengthen their midfield and challenge for a European place this season. They recently got a lot of money from Richarlison’s transfer to Tottenham Hotspur. He was a big loss for Frank Lampard’s side, and now Everton have focused on signing new players who could help them in their cause. Gibbs-White was one of the top performers in the Championship, and some of his stats show why teams were keen on signing him in the summer. 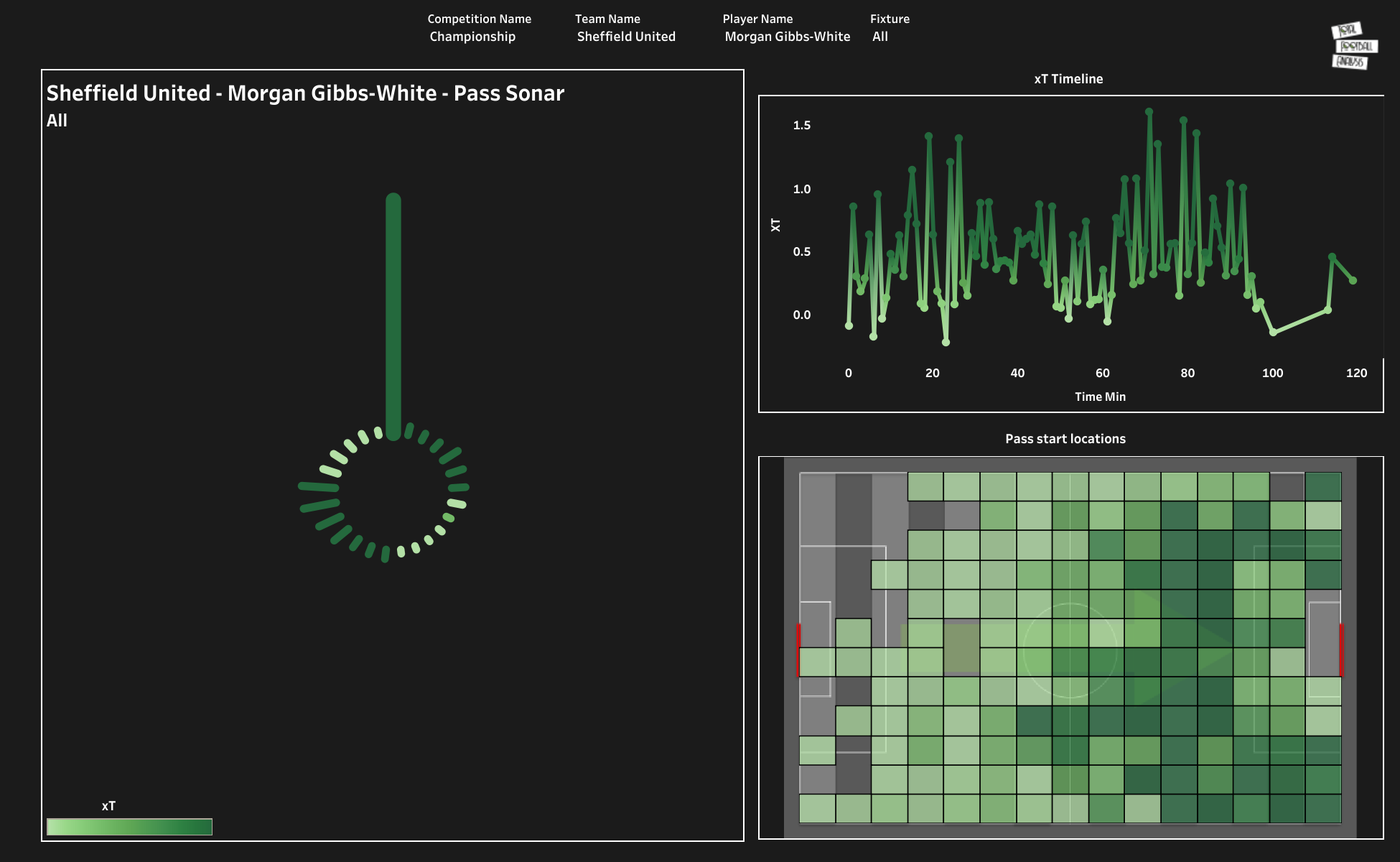 The 22-year-old made 37 league appearances for Sheffield United last season. He scored 12 goals past the opposition goalkeeper and assisted ten times. The above viz shows the pass start location and threat created from passes at different time intervals. We can observe that the midfielder covered every area in the attacking third. This shows that the manager played him in different positions on the pitch. His positioning was flexible and he stretched the play for his side. The xT timeline shows that the player created a lot of threats at the start of the first half and towards the end of the matches. 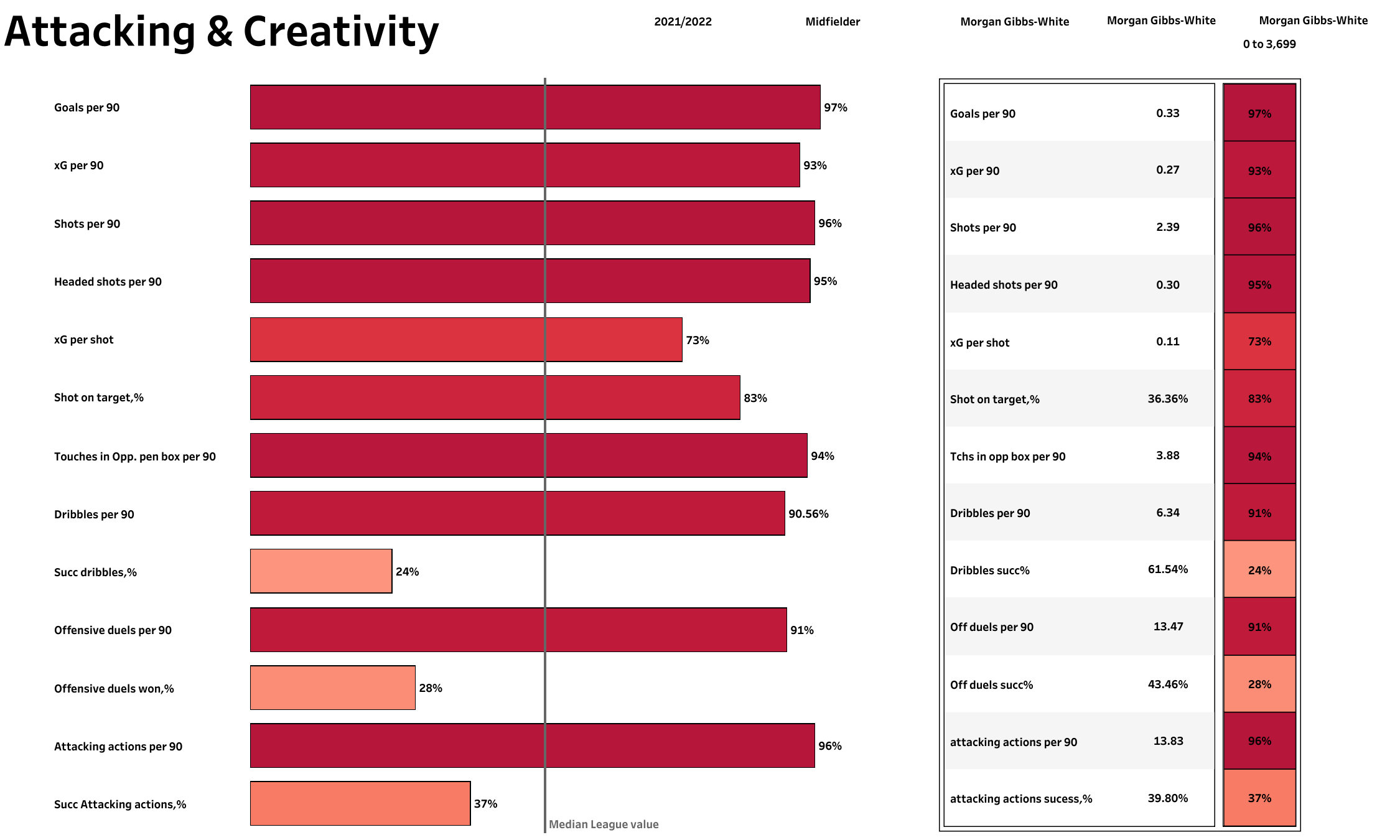 Gibbs-White had one of the best-attacking stats in the Championship. When looking at the above chart, the general rule is that the longer the bar, the better the performance — you can see the league average in the middle, and the % is the percentile rank the player is in. He had a high percentile rank for almost every stat shown in the above viz. The player was involved in 13.8 attacking actions with a 39.8% success rate. He attempted more than two shots and even took around four touches inside the opposition’s penalty box per 90 minutes. The midfielder was a constant threat towards the opposition goal. 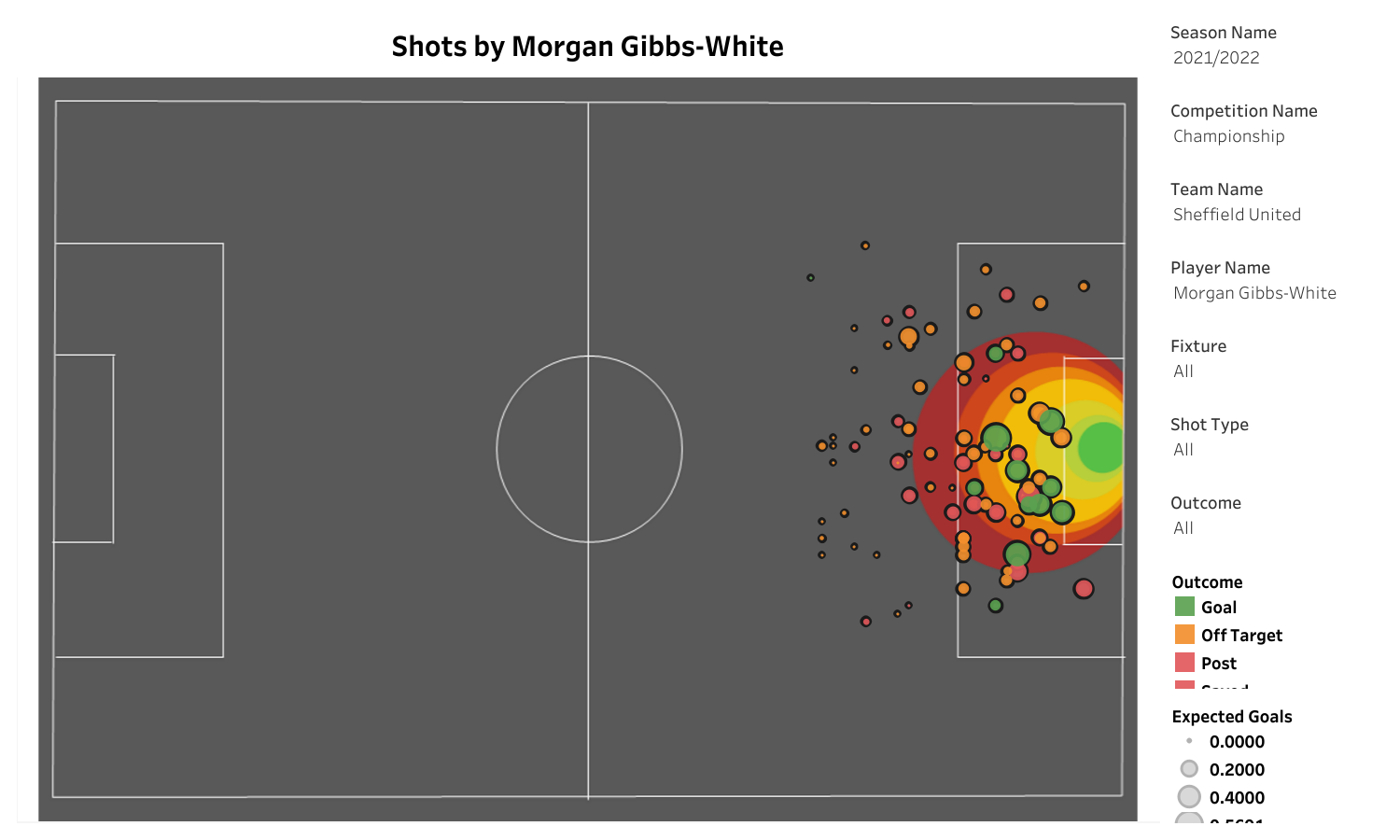 Gibbs-White scored most of the goals from the middle. He mostly featured on the right and tried to penetrate the box from the right side. All the 11 goals were scored from inside the box. 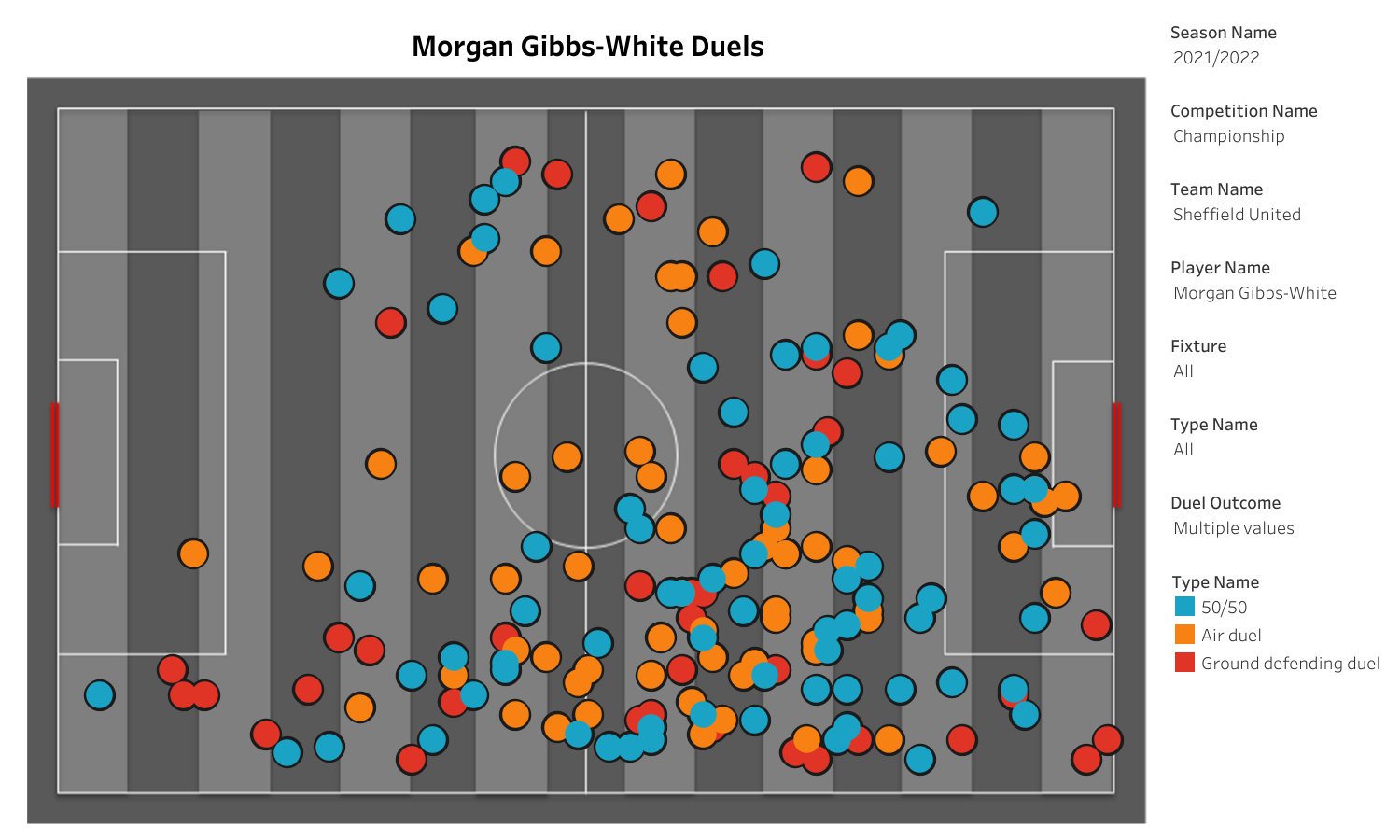 The midfielder also won the ball for his team, and that continued the momentum for Sheffield United in the attack. The above viz shows all the duels that were won or ended in a neutral result. It can be observed that the player won a lot of loose ball duels and aerial duels inside the opposition’s half. Some of the duels were even won inside the opposition’s penalty box.

Everton’s Morgan Gibbs-White could be a great addition to Everton’s side. He can create and score goals for the team. Everton needs a consistent midfielder, and the Englishman could be the ideal fit for Frank Lampard’s squad. They will look to sign the player before the rival teams do.