Nicolas Pépé could revive his career as some of the English Premier League teams are considering a move for the Arsenal winger. The Ivory Coast international made a big-money move from French side Lille to Arsenal in 2019 but failed to impress the managers and struggled on the field. This resulted in less game-time, and he was declared a flop. Now, Arsenal have also lost their patience with the player and are thinking about offloading him in the summer. Some of the teams, including Everton, have shown their interest in the 26-year-old. Pépé has the skills and pace to help his side win matches. His stats from the previous seasons show how he could be handy for his new team. 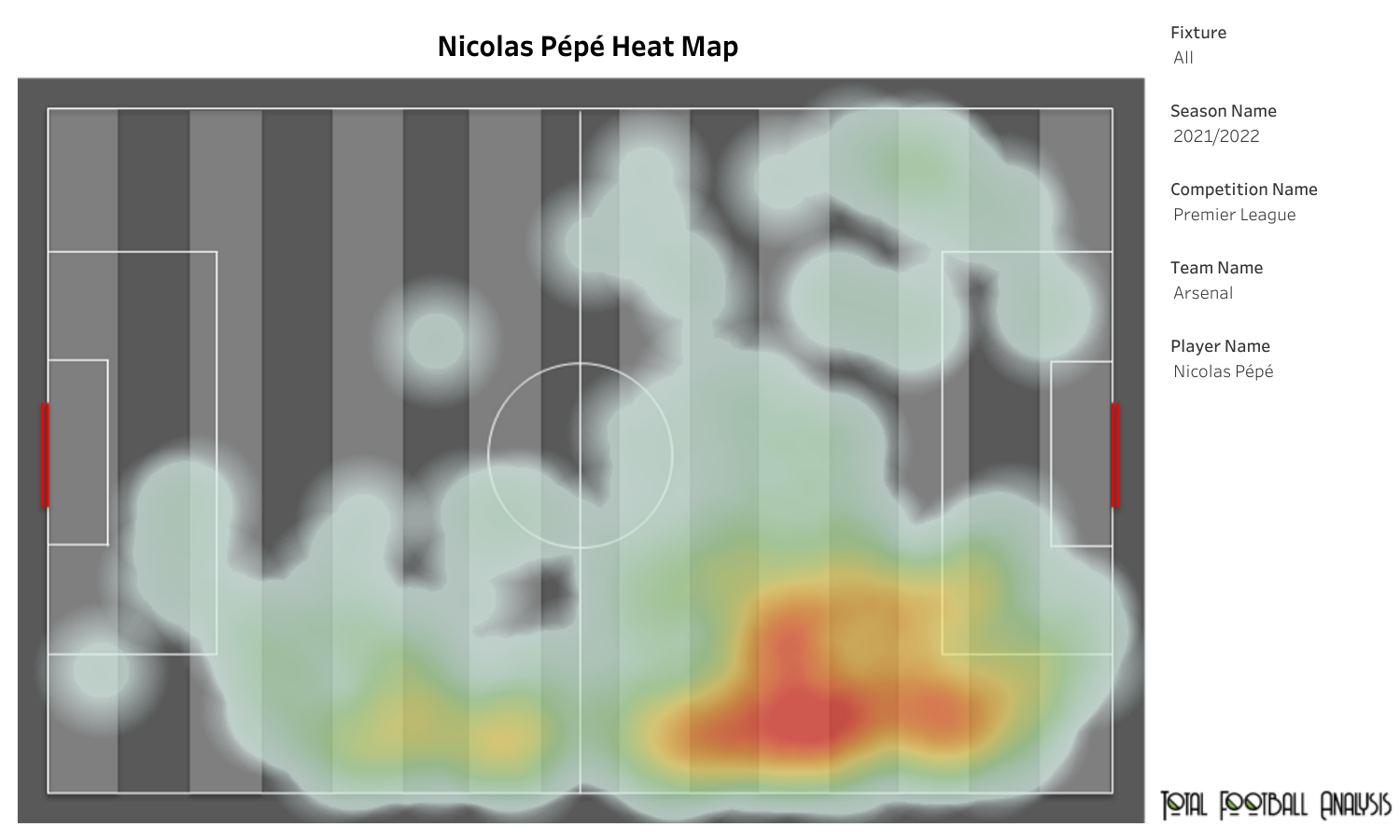 Pépé is a left-footed right winger who likes to dribble past the opposition defence and attempt a shot or create chances for his teammates. Last season, he made 20 appearances in the English Premier League, and that included only five starts. He scored a goal and helped his teammates score two goals. 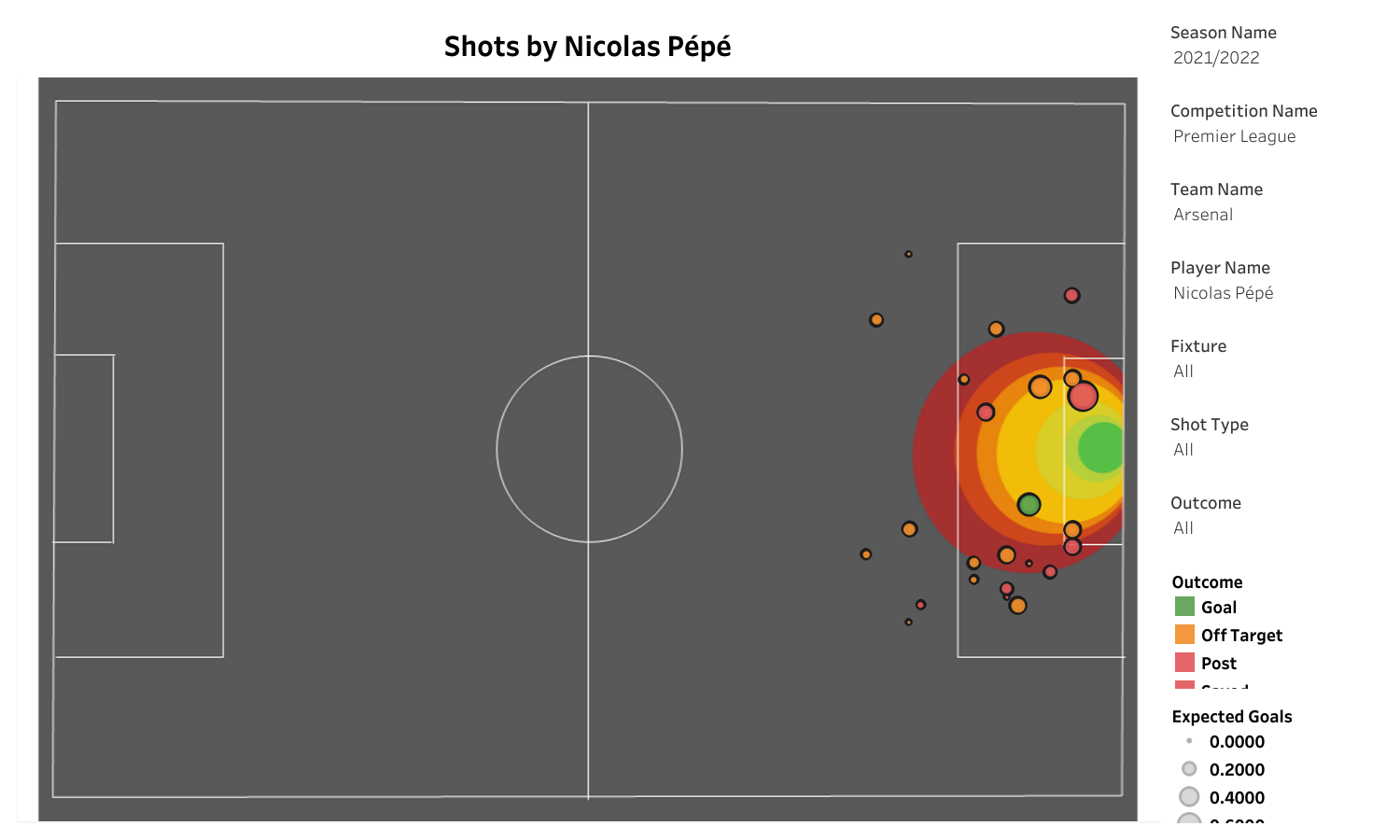 The Ivory Coast international was involved in 11.07 attacking actions per 90 minutes last season, with a low success rate of 33.67%. The above viz shows the shot map of the player. He averaged 2.7 shots per 90 minutes with an accuracy rate of 20.8%. As mentioned earlier, Pépé likes to cut inside and attempt shots towards the opposition goal. Pépé averaged around five touches per 90 minutes inside the opposition’s penalty box, and this shows how threatening the player can be. He also averaged 6.1 dribbles with a 51.8% success rate. 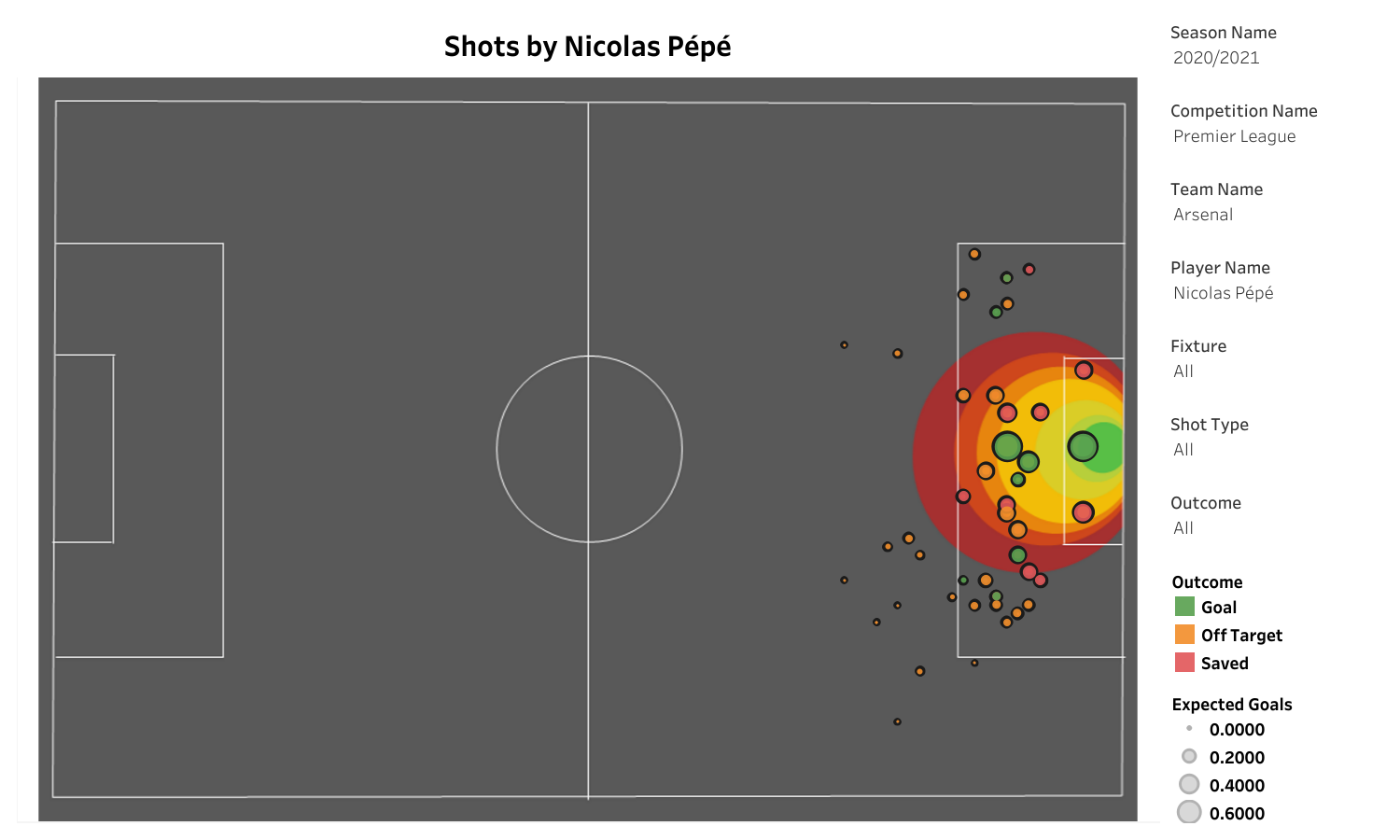 In the 2020/21 season, Pépé played 29 league games and scored ten goals. He was involved in 11.99 attacking actions and had a 40.6% success rate. The above viz shows all the shots that Pépé attempted. He averaged 2.5 shots per 90 minutes with an accuracy rate of 32.65%. By looking at both the shot maps, we can observe that the shots were attempted from a similar position from inside the opposition’s penalty box. 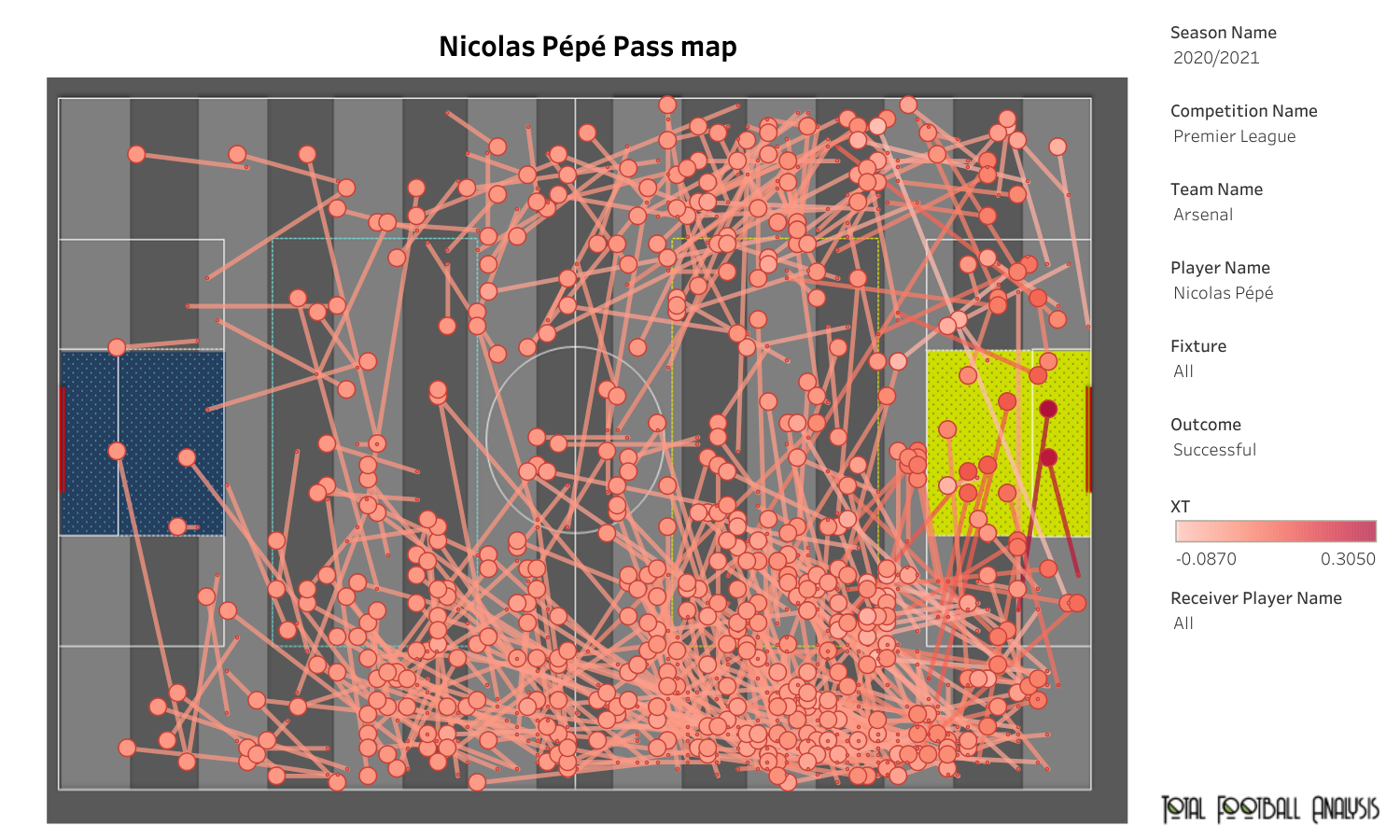 The Ivory Coast international could be a great addition to Everton’s side. The Toffees had a poor season and will be hoping for a top-10 finish this time around. They need some game-changing players, and Pépé could be one of them.