Everton are looking for players who could boost their attack next season. Their star player, Richarlison, is on the transfer list of a few other clubs, and the Brazilian could leave the Merseyside club for a high fee. Frank Lampard is already looking for his replacement, and one of the players that is being targeted is FC Porto’s attacking midfielder, Otavio. The 27-year-old is on the transfer radar of other English Premier League clubs as well. He had one of the most productive seasons of his career last season, which piqued the interest of other clubs. FC Porto won the domestic league but were knocked out of the UEFA Champions League group stage. Otavio was ever-present in the midfield and featured in all the matches. 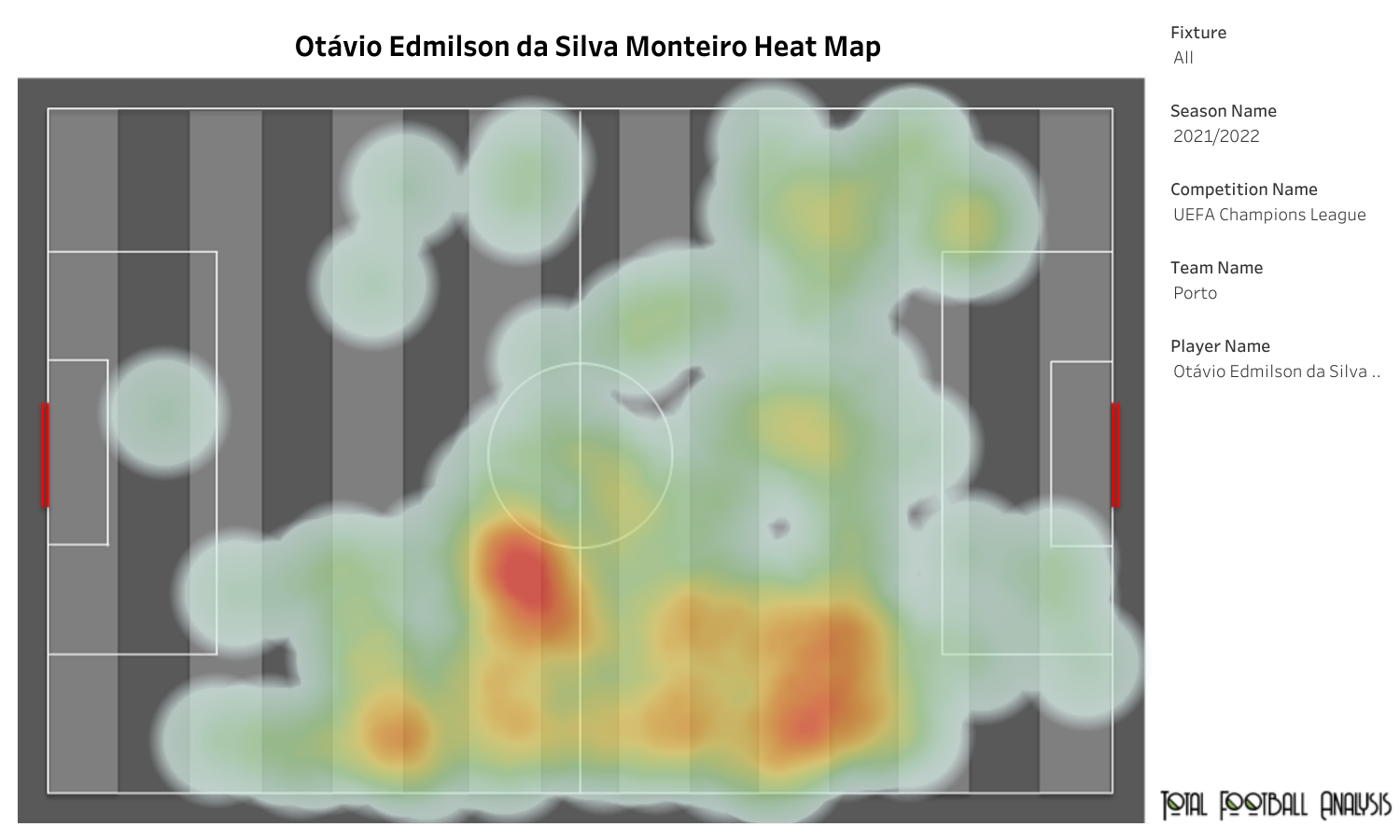 Otavio features on the right side of the midfield. FC Porto were tied in the toughest group with Liverpool, AC Milan, and Atletico Madrid. The player featured in all the matches but failed to score a goal or provide an assist. Porto only scored four goals in the group stage and were knocked out. The above heat map shows that the player tried to penetrate the opposition’s penalty box from the right side. He managed to get nine touches inside the opposition’s penalty box.

The Portuguese international was involved in 7.4 attacking actions per 90 minutes and had a 51.28% success rate. He attempted six shots but was unable to hit the target. 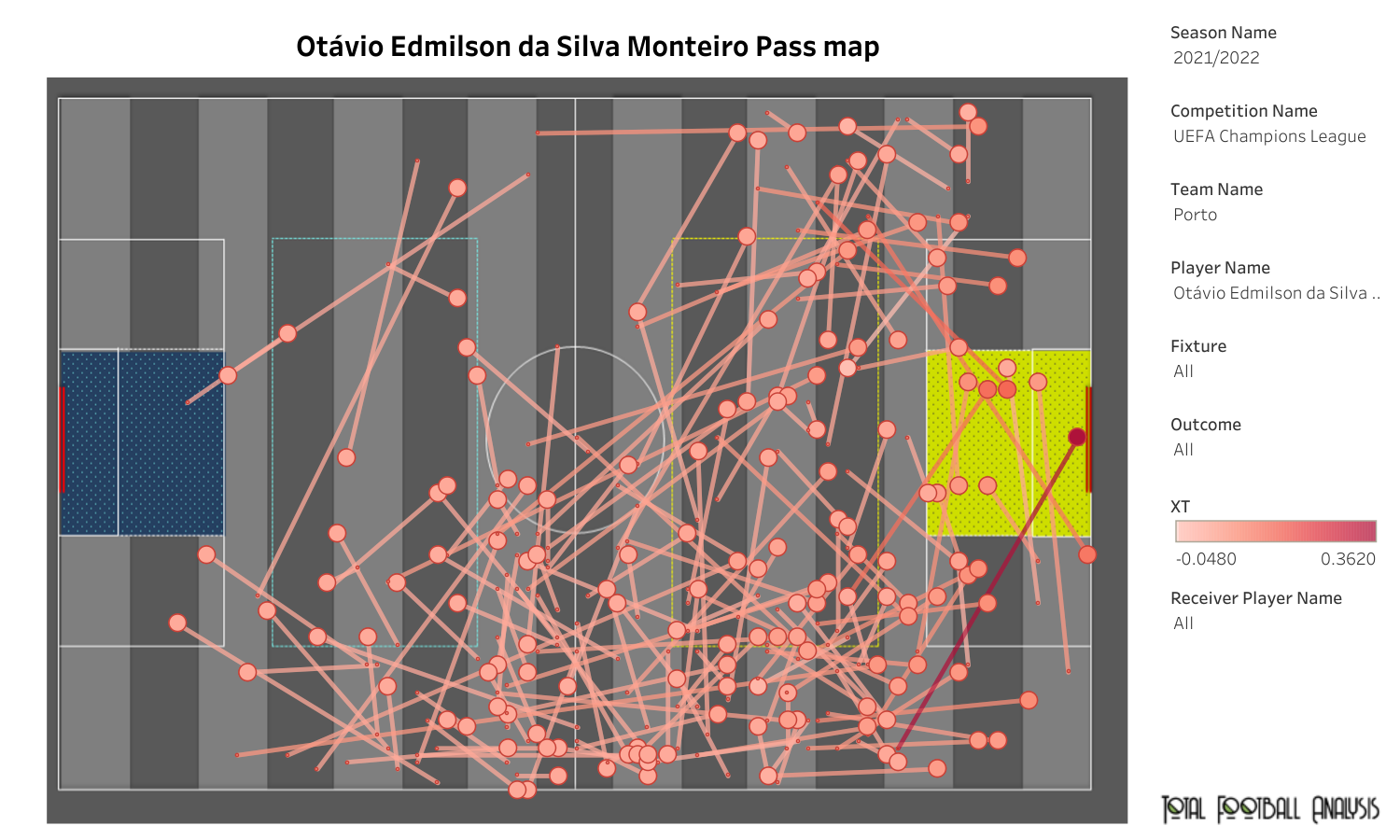 The above pass map shows all the 195 passes attempted by the player. He averaged 37.03 passes per 90 minutes with an accuracy rate of 75.9%. These 195 passes included 12 crosses, nine smart passes, and four through passes. Otavio managed to land his 21 passes into the opposition’s penalty box. Most of the passes were directed towards Evanilson and Mehdi Taremi, who played as the two strikers in the team. 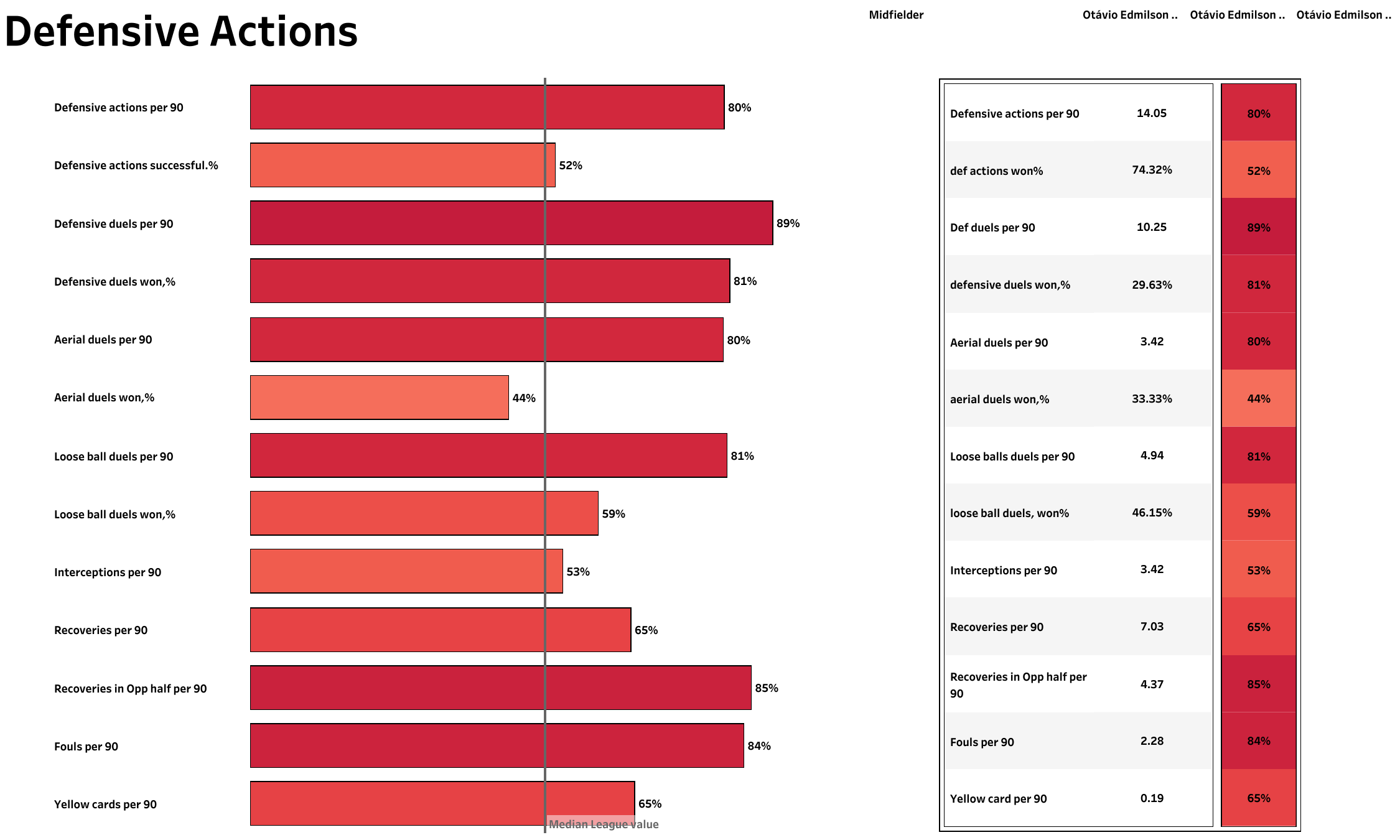 Otavio played a crucial part in the team by contributing to its defence. When looking at the above chart, the general rule is that the longer the bar, the better the performance — you can see the league average in the middle, and the % is the percentile rank the player is in. The midfielder was involved in 14.05 attacking actions per 90 minutes and had a 74.32% success rate. Most of the duels contested by him were defensive duels, followed by loose ball duels and aerial duels. The 27-year-old had a high ball recovery rate inside the opposition’s half.

Otavio led Porto’s attack from the left side and played a crucial part in their domestic league win. He scored three goals and provided 11 assists in 32 appearances. Everton are in desperate need of such players to improve their attack. He also provides defensive stability to the team. They will look to sign him soon after Richarlison decides to leave.