Everton have completed the signing of the Sporting CP left-back, Ruben Vinagre, on a season-long loan spell. The 23-year-old Portuguese defender is a former player for English Premier League side, Wolverhampton Wanderers. Everton sold Lucas Digne to Aston Villa in the winter transfer window last season and signed Vitali Mykolenko from Dynamo Kyiv. They have now signed a backup defender for their Ukrainian international defender.

Vinagre has spent three seasons in the English Premier League and has featured in 34 matches for Wolves. He has played 32 games in the Portuguese top division and has also played some games in the UEFA Champions League as well as in the UEFA Europa League. 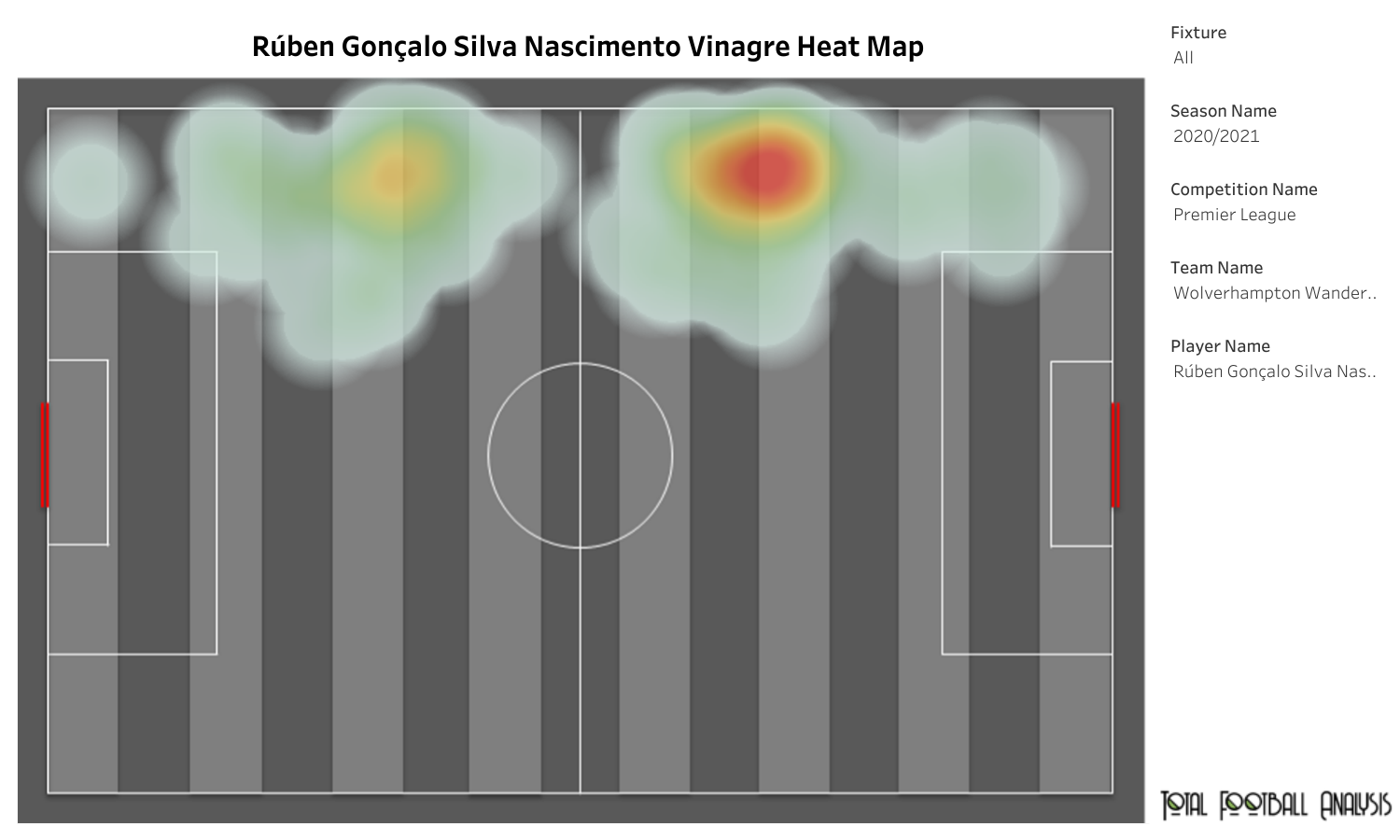 In his first season at the club (2018/19), Vinagre made 17 English Premier League appearances and started in seven matches. In his next season at the club, Vinagre made 15 league appearances and started in six matches. The above viz shows the heat map of the player in his two English Premier League starts in the 2020/21 season. Wolves played with a three-at-the-back formation, and Vinagre played as the left wing-back for the team. The heat map shows that Vinagre spent some time inside the opposition’s half and played a high attacking line. This gives the manager an extra option on the flanks.

Vinagre was involved in 12.65 defensive actions and had a 73.08% success rate. He made 11 crucial interceptions and recovered the ball 15 times. Of these 15 recoveries, five were made inside the opposition’s half. 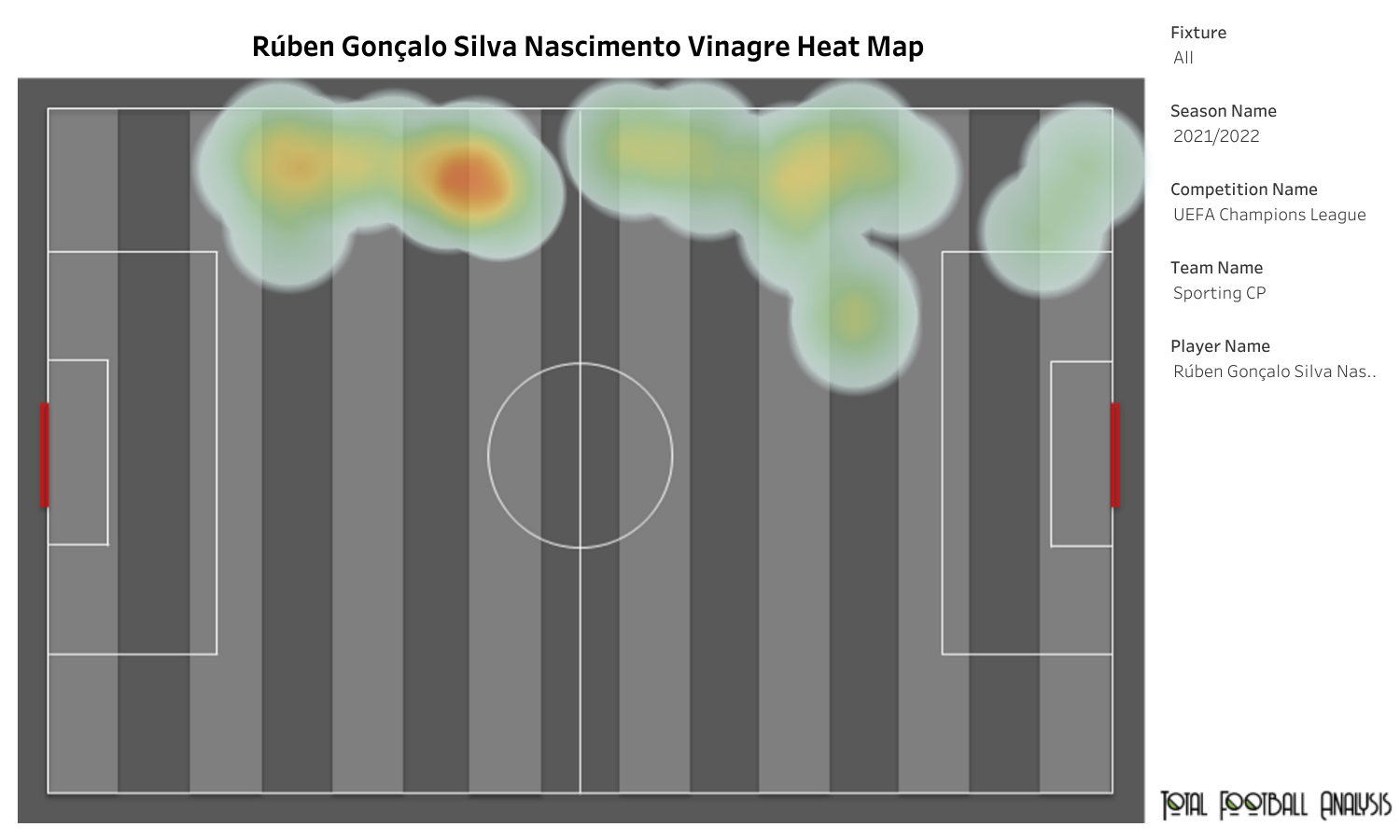 Last season, Vinagre played in the UEFA Champions League for Sporting and appeared in two group stage matches. He started against Ajax and was substituted at half-time. The other appearance came against Beşiktaş, where he spent 20 minutes on the pitch. The full-back was involved in 10.6 defensive actions per 90 minutes and had a 75% success rate. He had two interceptions and four recoveries. 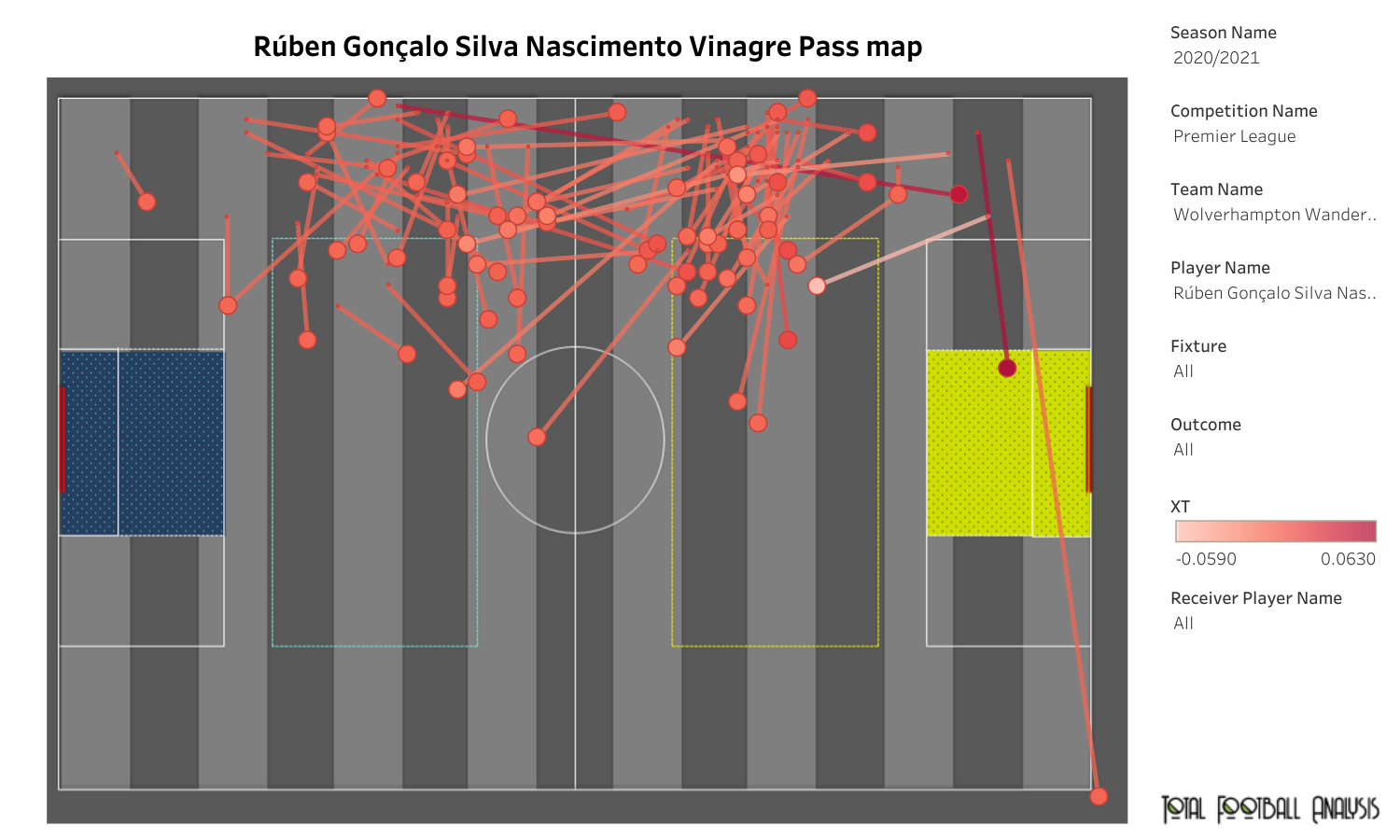 The above viz shows the pass map of Vinagre in the English Premier League 2020/21 season. He attempted 82 passes with an accuracy rate of 84.14%. These 82 passes included two crosses and a smart pass. For Beşiktaş, Vinagre attempted 27 passes, and these included four crosses. This shows that the player can provide an assist or two on some occasions and create threats towards the opposition’s goal.

Ruben Vinagre will look to impress the manager and cement his place in the starting XI. He has gained some experience playing at the top level, and this will be a positive for Frank Lampard. He will look to get the best out of his new signing and take his team to a top-half finish in the league table.