Vitaliy Mykolenko made a big-money move to English Premier League side Everton from Dynamo Kyiv in the recent winter transfer window. After his move to the English club, the left-back struggled for game time in the initial days. Lucas Digne left the club for Aston Villa, leaving Everton’s manager with one or two options who could play in the left-back position. Vitaliy Mykolenko was the only proper left-back at the club, but he made only one appearance in January and February in the English Premier League. However, things have changed a bit at Goodison Park and the Ukrainian is now the first-choice left-back in the team. He has featured in five back-to-back games and is giving some solid performances on the pitch. His side has kept two clean sheets in the last three games and are getting clear of the relegation zone. Here are some of the stats that will show his performances so far this season. 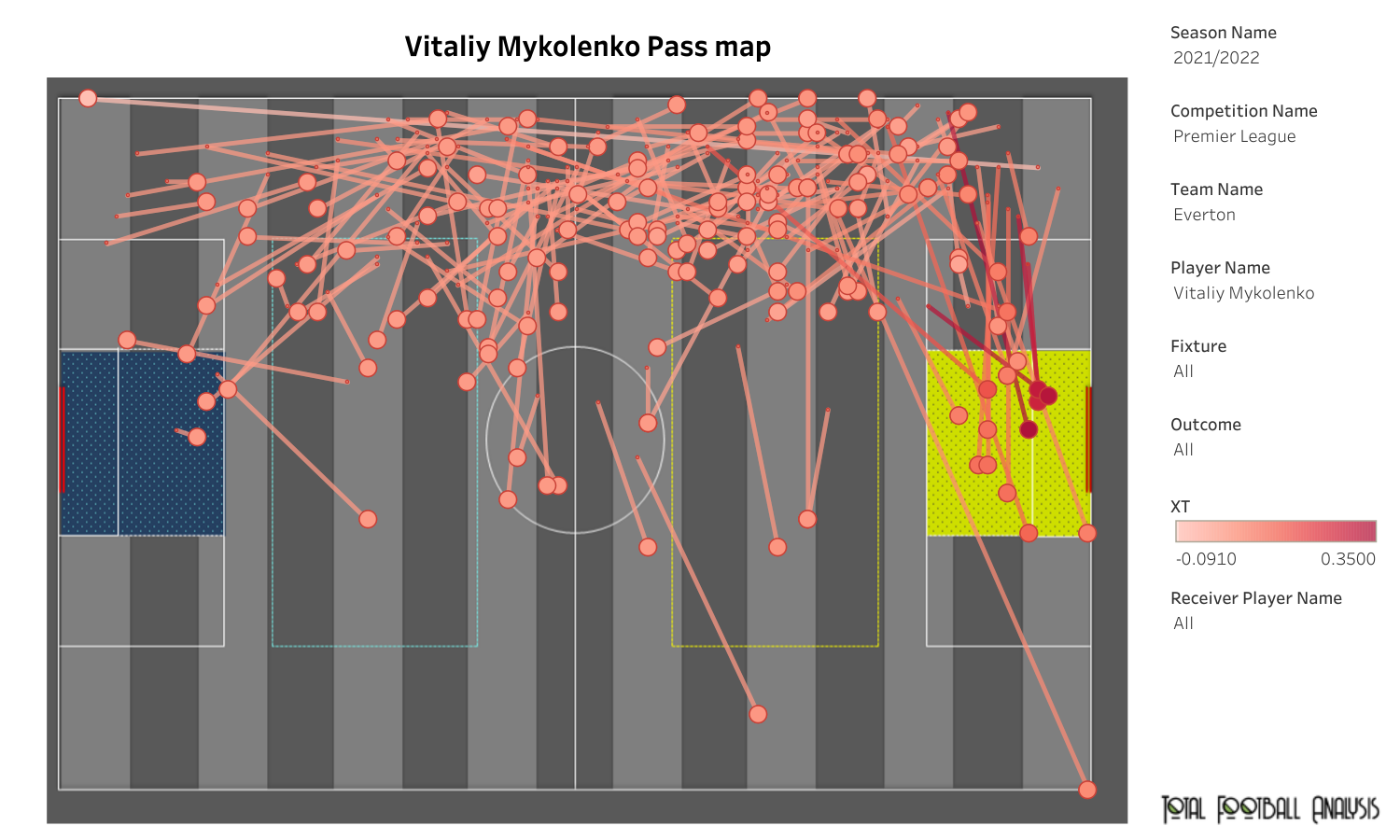 The left-back has featured in six English Premier League games this season, with one appearance coming from the bench. The above viz shows all the 173 passes attempted by the player this season. Of these 173 passes, 47 were towards Richarlison, and those passes have created the highest threat rate. These 173 passes include 15 crosses, 19 long passes, four smart passes, and three through passes. From the above viz, we can observe that 20 passes have landed inside the opposition penalty box, and the passes that have landed inside or reached the opposition 6-yard box have created the highest threats. The full-back has also taken five touches inside the opposition penalty box. 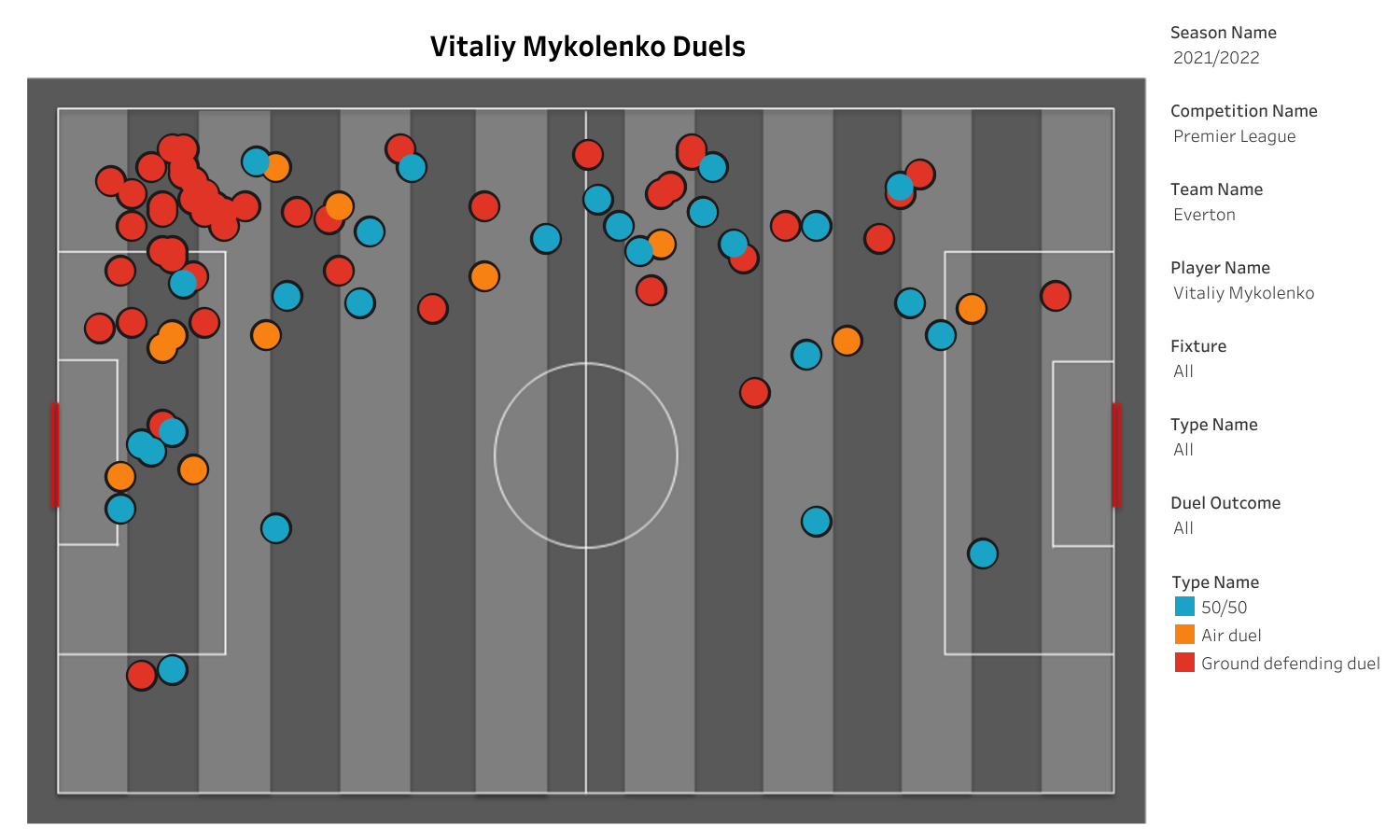 The above viz shows all the defensive duels, aerial duels, and loose ball (50/50) duels contested by the 22-year old full-back. We can observe that most of the duels have been contested inside each person’s own half. The player has also contested a few duels inside the opposition half, and most of them have been loose ball duels. So far, Vitaliy Mykolenko has contested four duels inside the opposition penalty box this season. 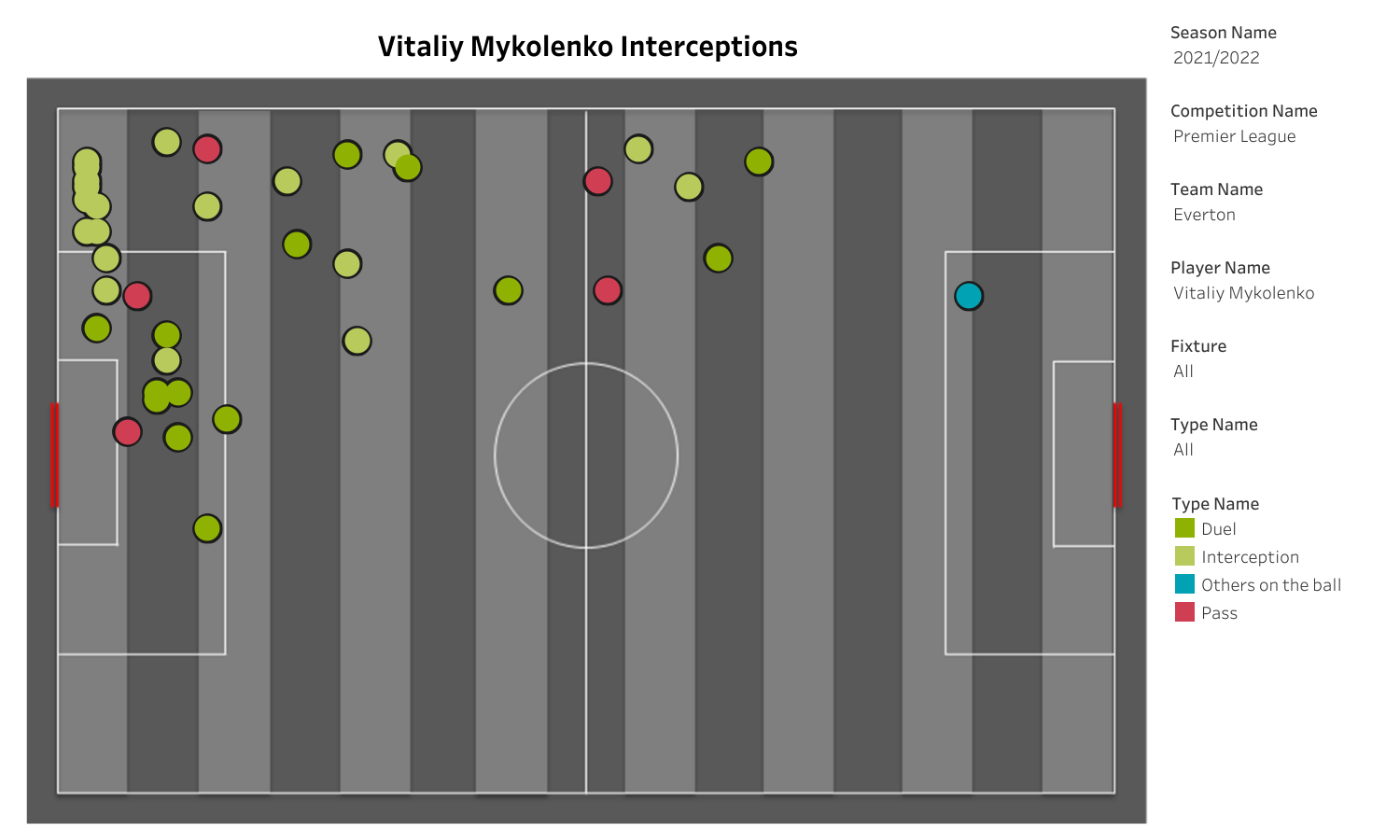 Vitaliy Mykolenko is in his early days in the English Premier League and is slowly gaining the trust of the manager. He is starting to settle into the team and has made some crucial contributions to Everton’s battle for survival. With only eight games remaining, Frank Lampard will hope for more contributions from the full-back and provide a goal or assist that would boost his confidence.