Everton will look for back-to-back victories and move up in the English Premier League table when they travel to North London to face Arsenal. Everton guaranteed safety after a remarkable comeback against Crystal Palace in the previous match. Arsenal, on the other hand, have lost the last two matches and their fourth position in the league. Everton came out as 2-1 winners when these two sides met last time in the league.

Newcastle United handed Arsenal their 13th defeat of the season. They have won 21 games and drew the other three. With an xG rate of 65.38, the Gunners have scored 56 goals. In response, they’ve allowed 47 goals at a 46.26 xG rate. 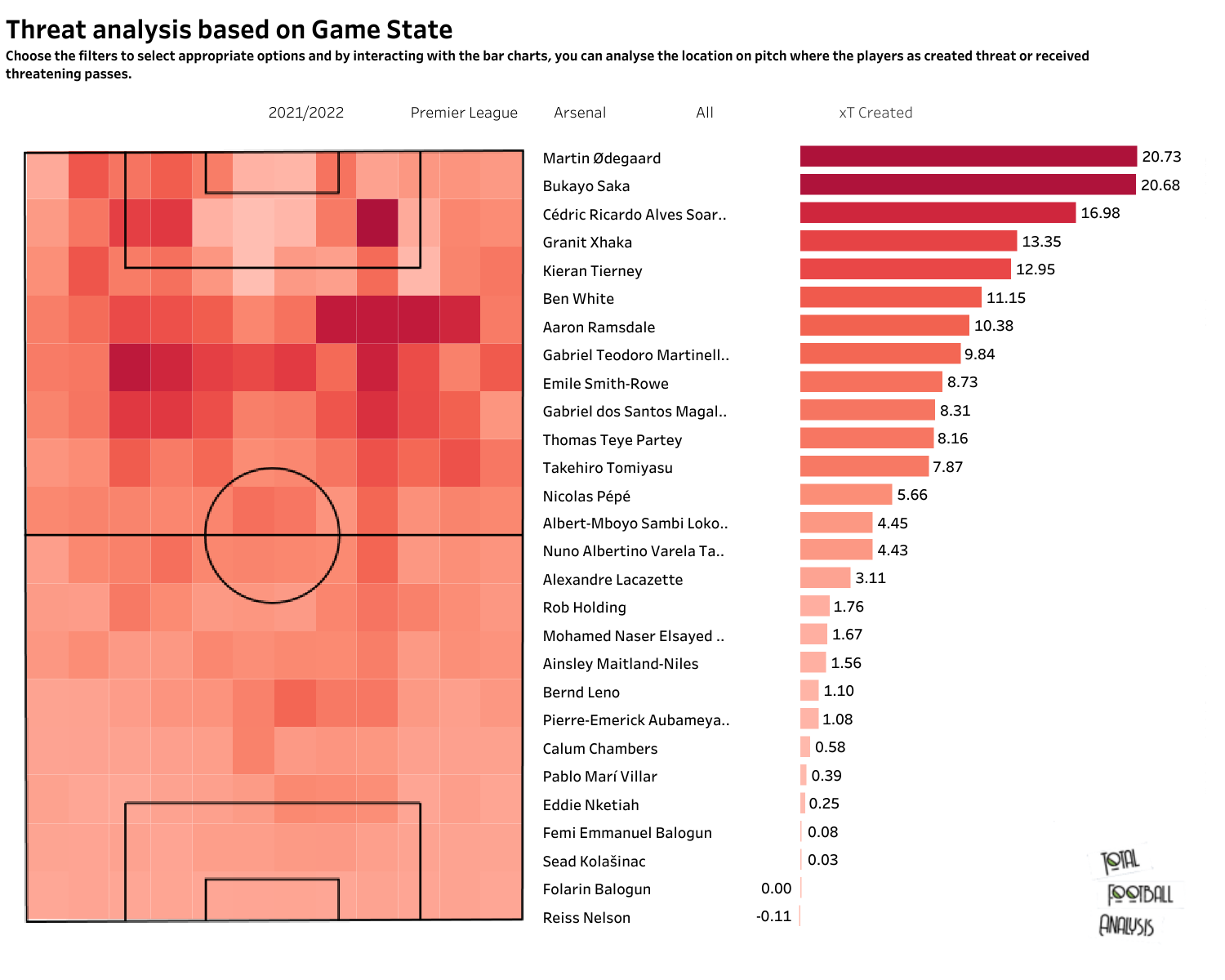 The above viz shows the threat creation zones for Arsenal. Arsenal like to attack more from the right side. Martin Odegaard and Bukayo Saka operate from that side and have created the highest threats.

Takehiro Tomiyasu suffered an injury in the last match played by Arsenal. He will be out for this fixture alongside Thomas Partey and Kieran Tierney. Gabriel Martinelli could come into the starting XI and replace Emile Smith-Rowe.

Everton defeated Crystal Palace 3-2 for their 11th victory of the season. They have lost 20 games and have drawn the other six. With an xG rate of 45.09, Frank Lampard’s side increased their overall goal tally to 42. With an xG rate of 52.77, their porous defence has allowed 59 goals.

Everton made a sensational comeback after going down 0-2 against Crystal Palace at halftime. They had 41% of the ball possession and created 29 positional attacks. The Toffees attempted 11 shots, and six were on target. The above viz shows the threat creation zones as well as the expected shots timeline of Frank Lampard’s men. Everton have created threats in both halves and have attempted more shots. 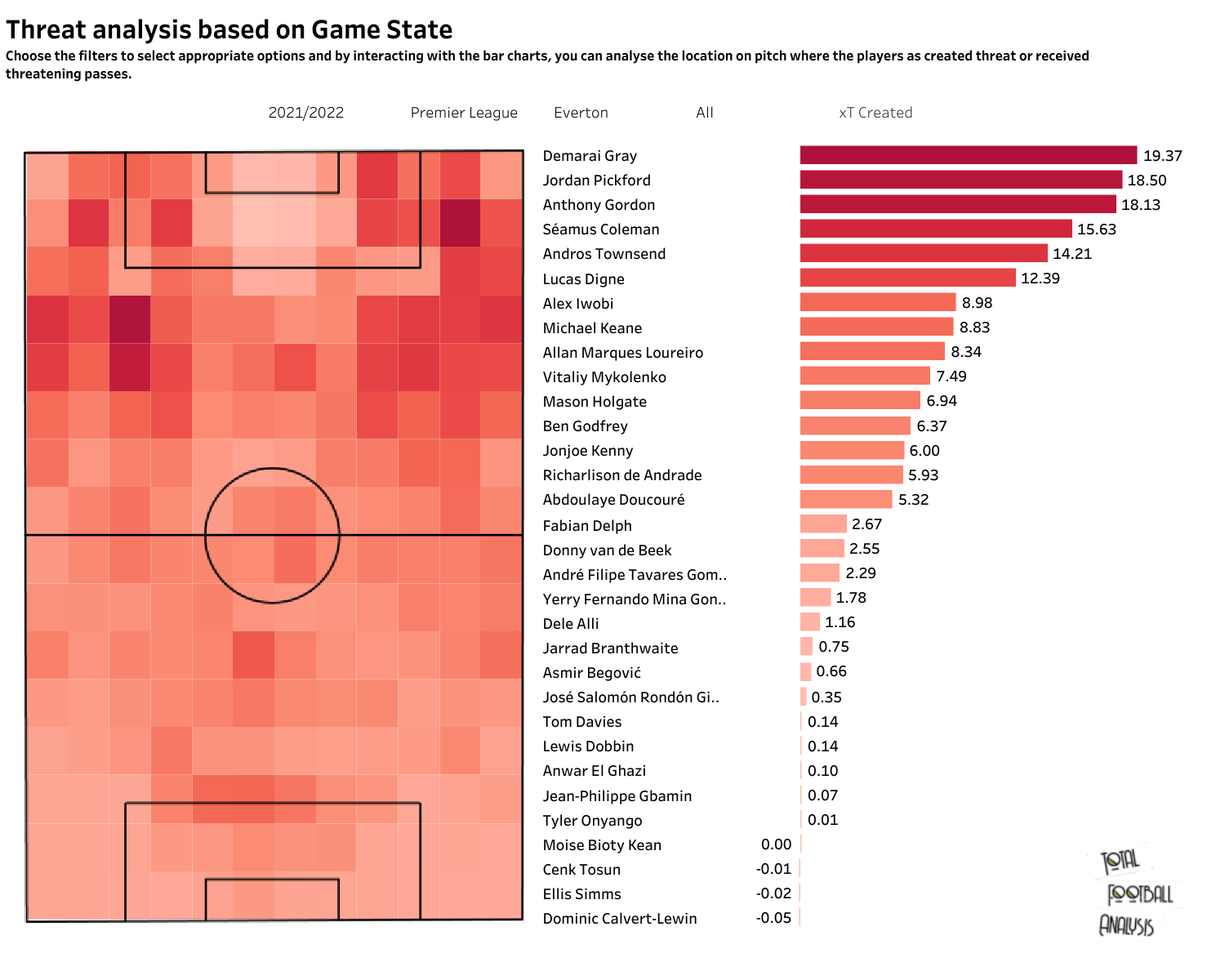 Jarrad Branthwaite will return to the squad after serving a suspension. Dele Alli is also expected to start this match after an impressive performance from the bench against Crystal Palace.

The home team will look to end their disappointing season on a high. Arsenal will not make it easy as they also have UEFA Champions League qualification ambitions. The match promises to be full of entertainment that will cheer up the atmosphere at the Emirates Stadium.