Everton will take on Aston Villa at Goodison Park in the Premier League on Saturday. The home side went down 1-2 to Norwich City in their previous match, while Aston Villa put up a solid performance in their recent match against Manchester United.

Following a 2-1 defeat against Norwich City, Everton declared that they have parted ways with manager Rafa Benitez after just six-and-a-half months in charge. The Toffees have struggled to perform throughout the season. Their poor run can be mirrored through their table position, as they slipped to 16th position in the Premier League with five wins, four draws, and 10 losses in 19 matches. As a result, they are just six points above the relegation zone. Everton will remain without Alex Iwobi while Tom Davies is recovering from a thigh strain. 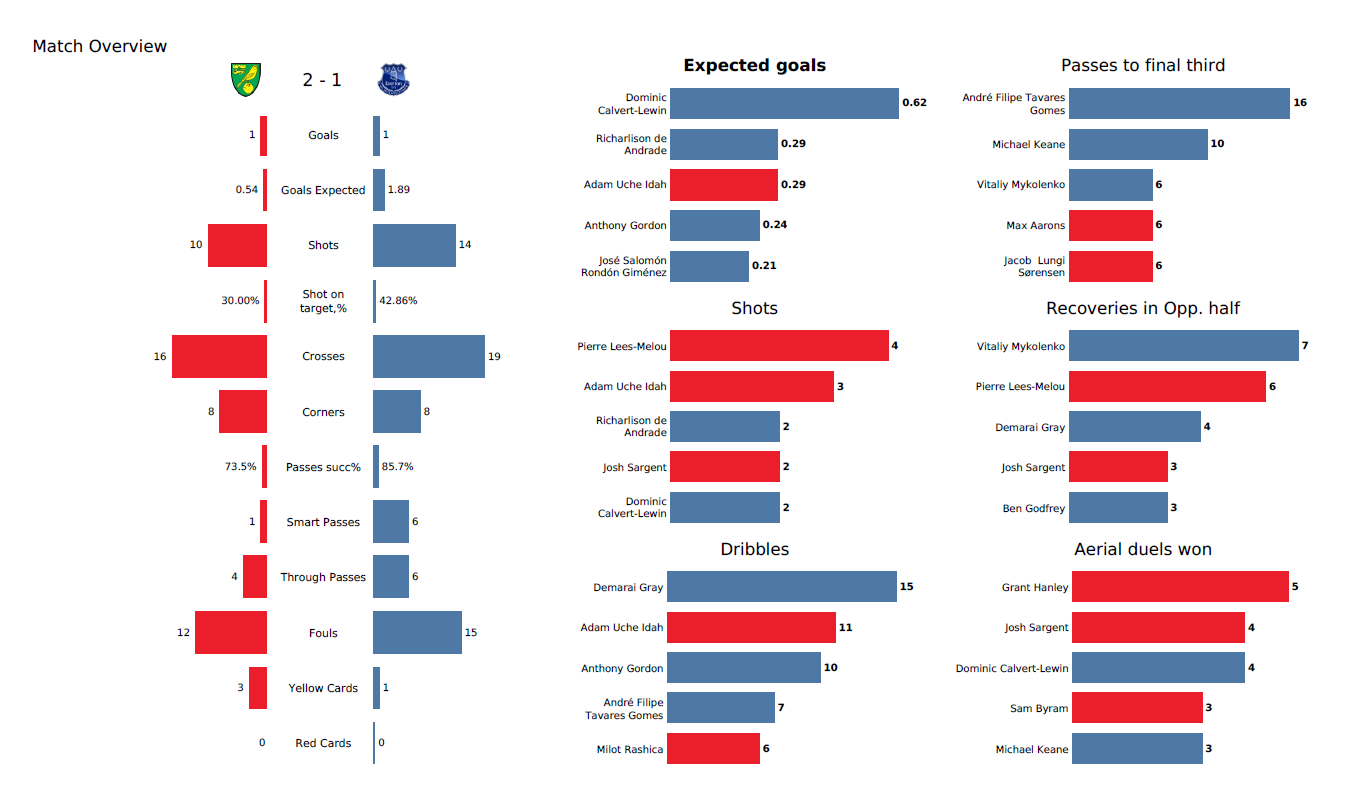 In the recent game against Norwich City, The Toffees had a higher xG than their opponents. Despite Everton being dominant in the attacking stats, they failed to utilize the chances. Michael Keane’s unfortunate own goal added to their troubles. Calvert-Lewin had the highest xG in the match. Demarai Gray led the dribbles chart. The Toffees took a total of 14 shots with a 42.86% accuracy. 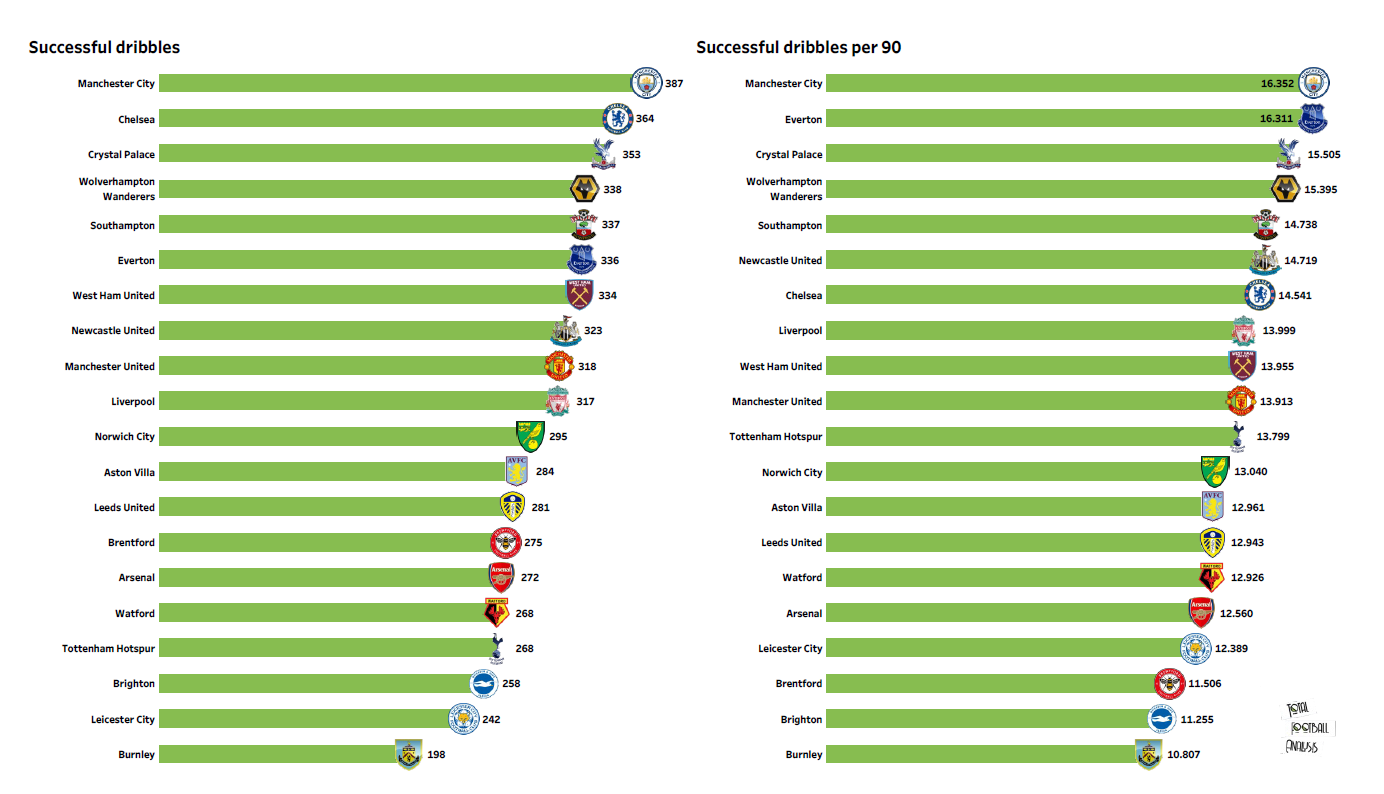 The arrival of Philippe Coutinho in the January transfer window was welcomed by the Aston Villa fans. To add to their excitement, Coutinho put up a brilliant performance against Manchester United as they came from behind to share points with the Red Devils. Aston Villa are currently at the 13th position in the league, with seven wins, two draws, and 11 losses in 20 matches. They would need to be at their top form to climb their way up in the table. Ezri Konsa is set to miss out as he is recovering from a hip injury, while Trezeguet and Bertrand Traore are at the Africa Cup of Nations. 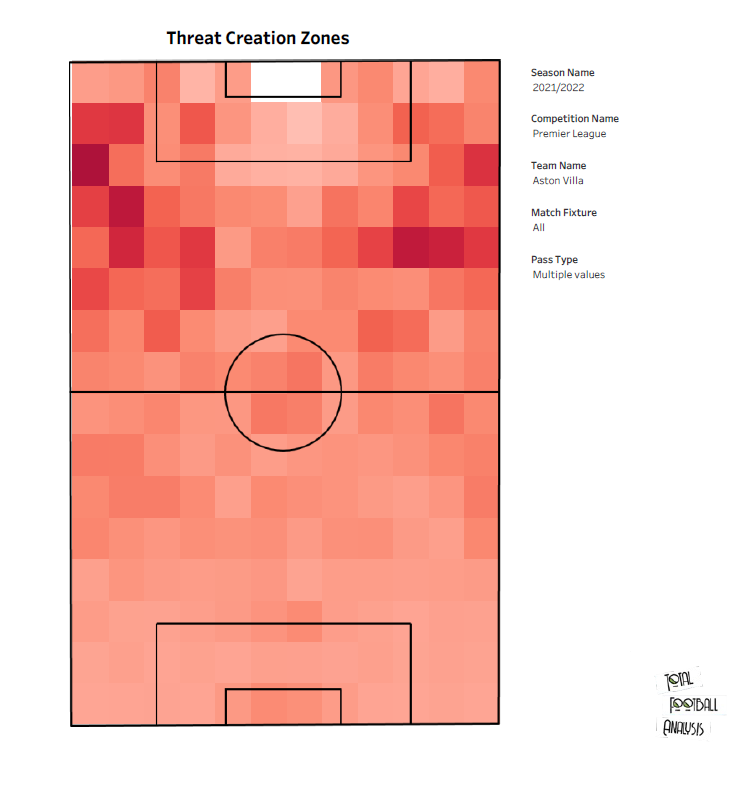 The above visual shows the xT creation zones for Aston Villa throughout the season. The pitch map indicates that Aston Villa have been threatening from both the left and right flanks and have generated the highest xT while attacking from the left side of the pitch. 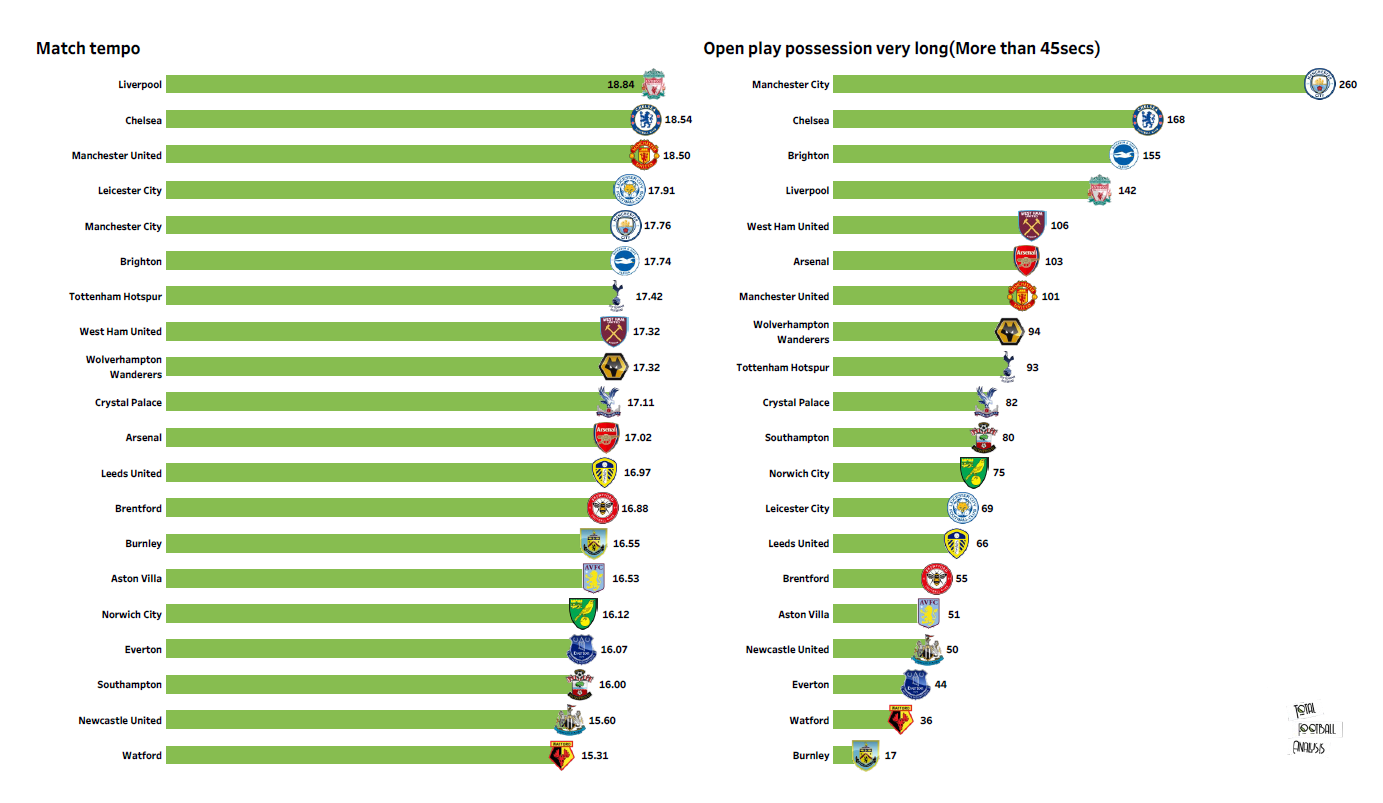 In terms of match tempo, Aston Villa are placed 15th in the league, while their open play possession for more than 45-sec metric puts them in the 16th spot above their opponent, Everton.

With pressure mounting on the Toffees, they would be looking forward to getting back to winning ways.