Everton suffered their 20th loss of the season against Brentford in the previous round. The Toffees were reduced to ten men in the opening half and finished the match with nine players on the field. The Toffees have won ten games and drawn the other six. They have scored 39 goals with an xG rate of 45.09. In return, they have conceded 59 goals with an xGA rate of 52.77. 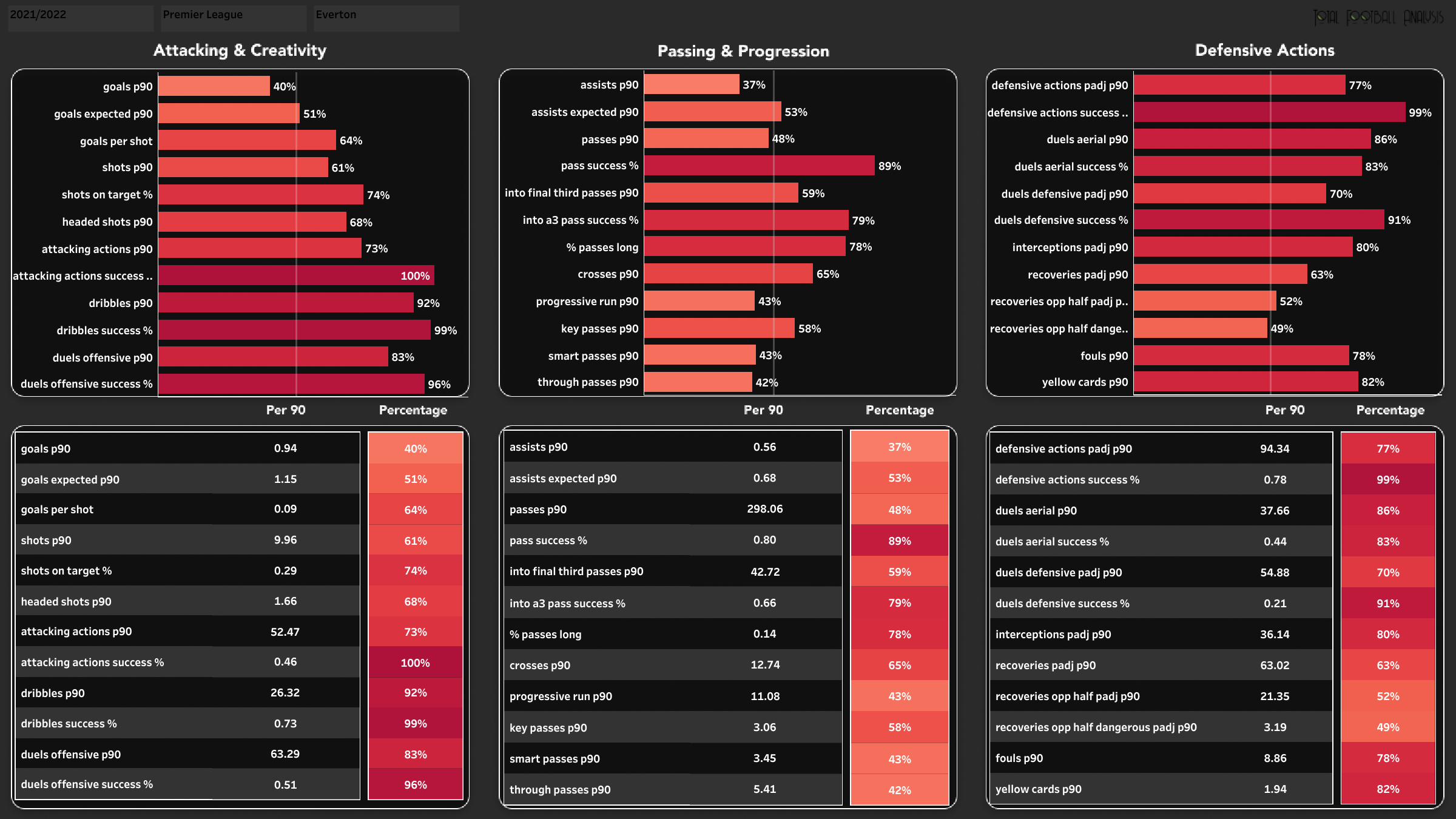 When looking at the above chart, the general rule is that the longer the bar, the better the performance — you can see the league average in the middle, and the % is the percentile rank the player is in. Everton are ranked just above average for attempting shots in the league this season. They have struggled to find the back of the net, and this is the main reason behind their position in the league. The passing has also been poor, and from the above viz, it can be noticed that their percentile rank is below average. Their defence has performed above average, but the team has struggled to make recoveries inside the opposition’s half.

Everton have attempted 390 shots, with 127 of them being on target. They have attempted 233 shots from inside the opposition’s penalty area, with an average of around six shots per 90 minutes. Of these 233 shots, 86 were on target.

After receiving red cards in the last game, Jarrad Branthwaite and Salomon Rondon will serve a suspension. The home team will be without Nathan Patterson, Andros Townsend, Fabian Delph and Yerry Mina. Frank Lampard will hope that Michael Keane gets back into contention, alongside Donny van de Beek and Ben Godfrey. 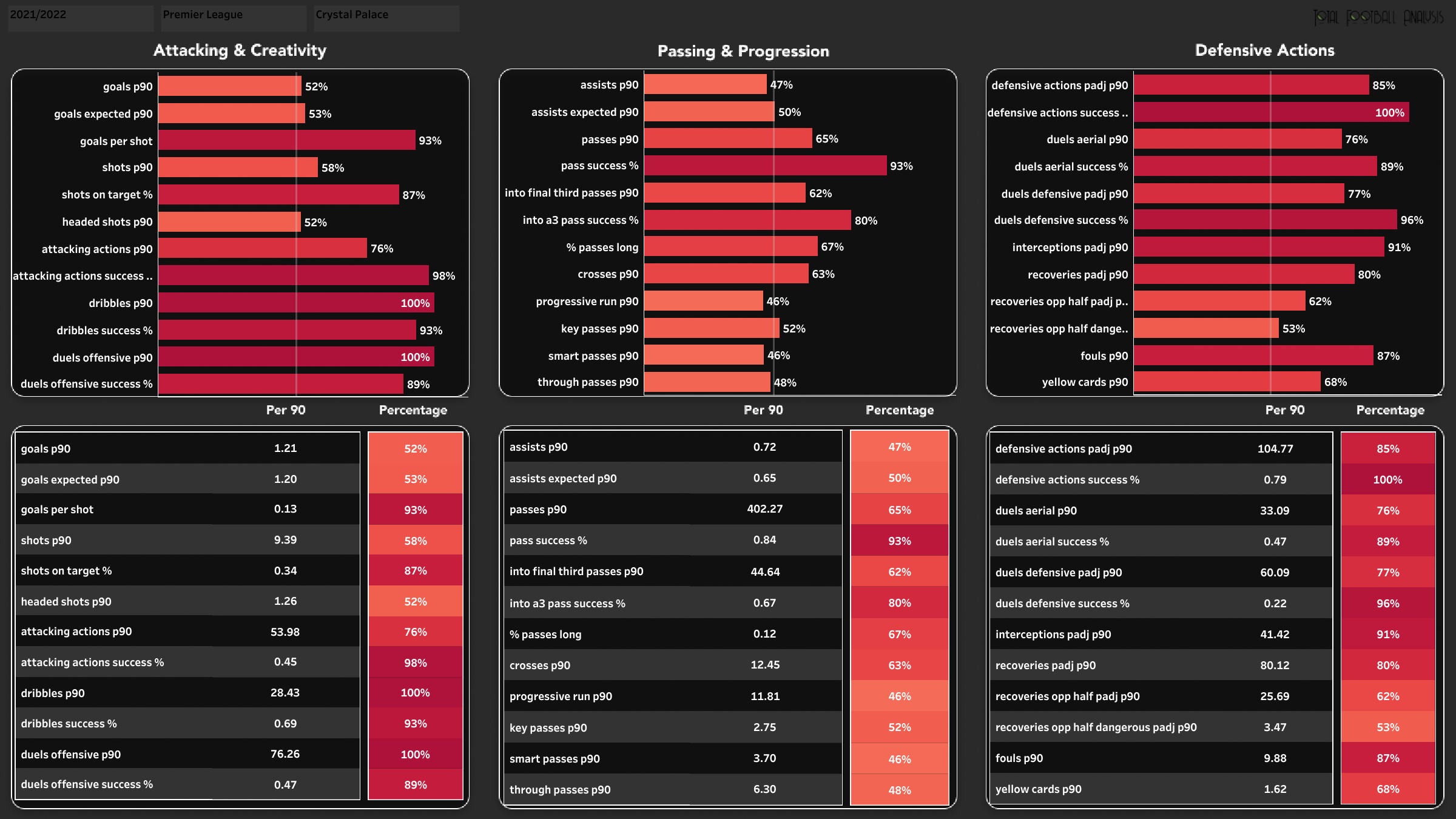 Patrick Viera’s men have won ten, drawn 15 and lost 11 matches this season. Their defence has been solid, and the team has conceded 43 goals with an xGA rate of 47.09. The attack has scored 47 goals with an xG rate of 46.85. The attacking stats of the Eagles show that they have also struggled a bit like their opponents to score goals, but they have performed better than the average. Their passing has been a struggle, just like their opponents. Crystal Palace have a very low percentile in Passing & Progression charts. The defence also has similar stats but has performed better than the Evertonians and has conceded fewer goals.

Crystal Palace players have attempted 365 shots with an average of 9.4 shots per 90 minutes. Of these 365 shots, 140 were on target. The Eagles have attempted 251 shots from inside the opposition’s penalty box and have found the target 113 times.

Michael Olise, James McArthur and James Tomkins will be the absentees for Crystal Palace in this game.

This is a must-win game for Everton as a win over the opponents will guarantee safety before going into the final Matchweek. They have struggled to score goals and will find it tough against a Crystal Palace side that has conceded fewer goals. A win for Crystal Palace could move them nearer to the top half of the table.