Everton will look for back-to-back wins when they host Leicester City at Goodison Park in the English Premier League. Frank Lampard’s men moved three points clear of the relegation zone and have one game in hand over the other teams in the relegation zone. Leicester City, on the other hand, lost their previous match and will look to return to winning ways. The previous meeting between the two teams ended in a 1-1 draw. 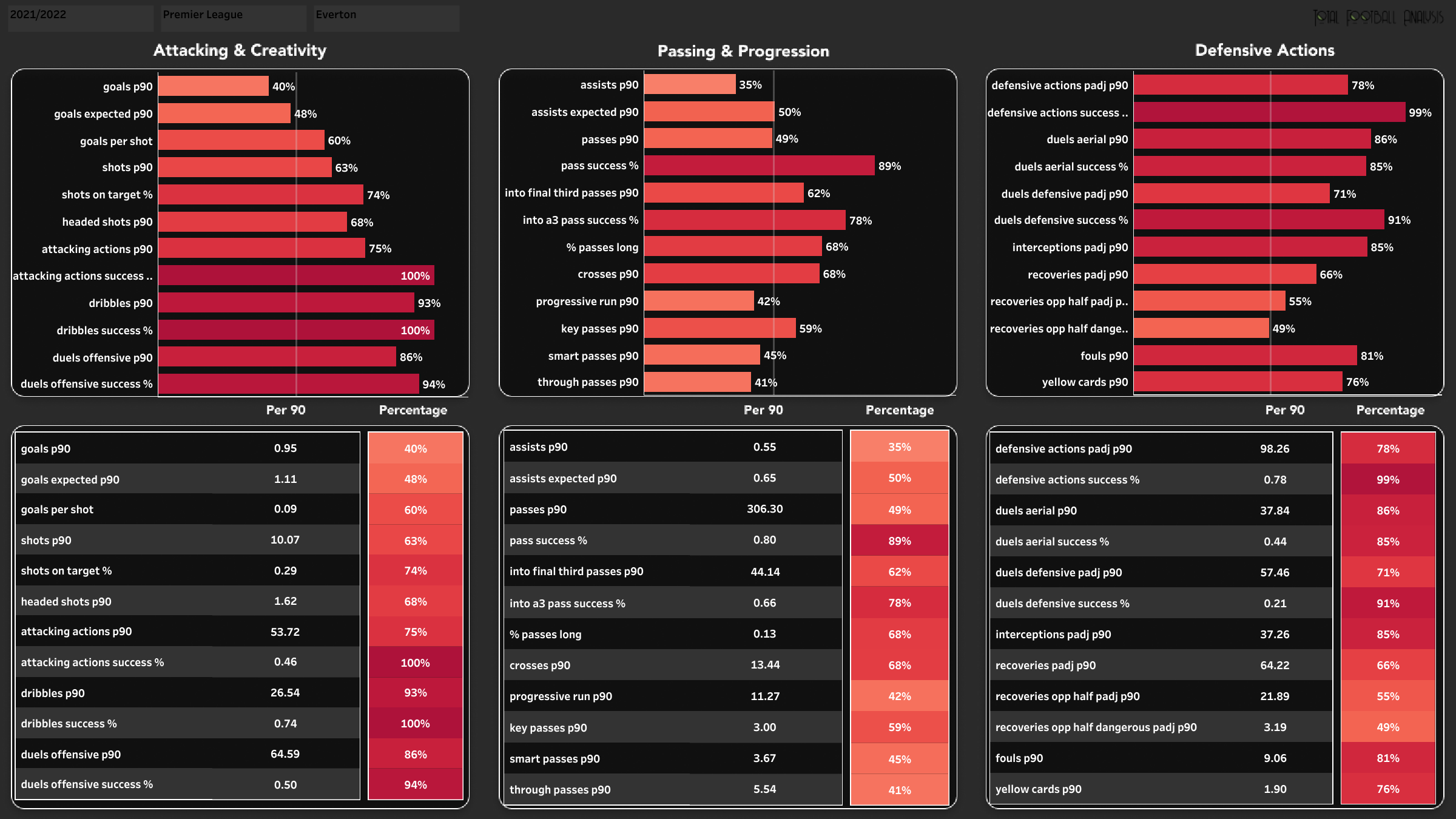 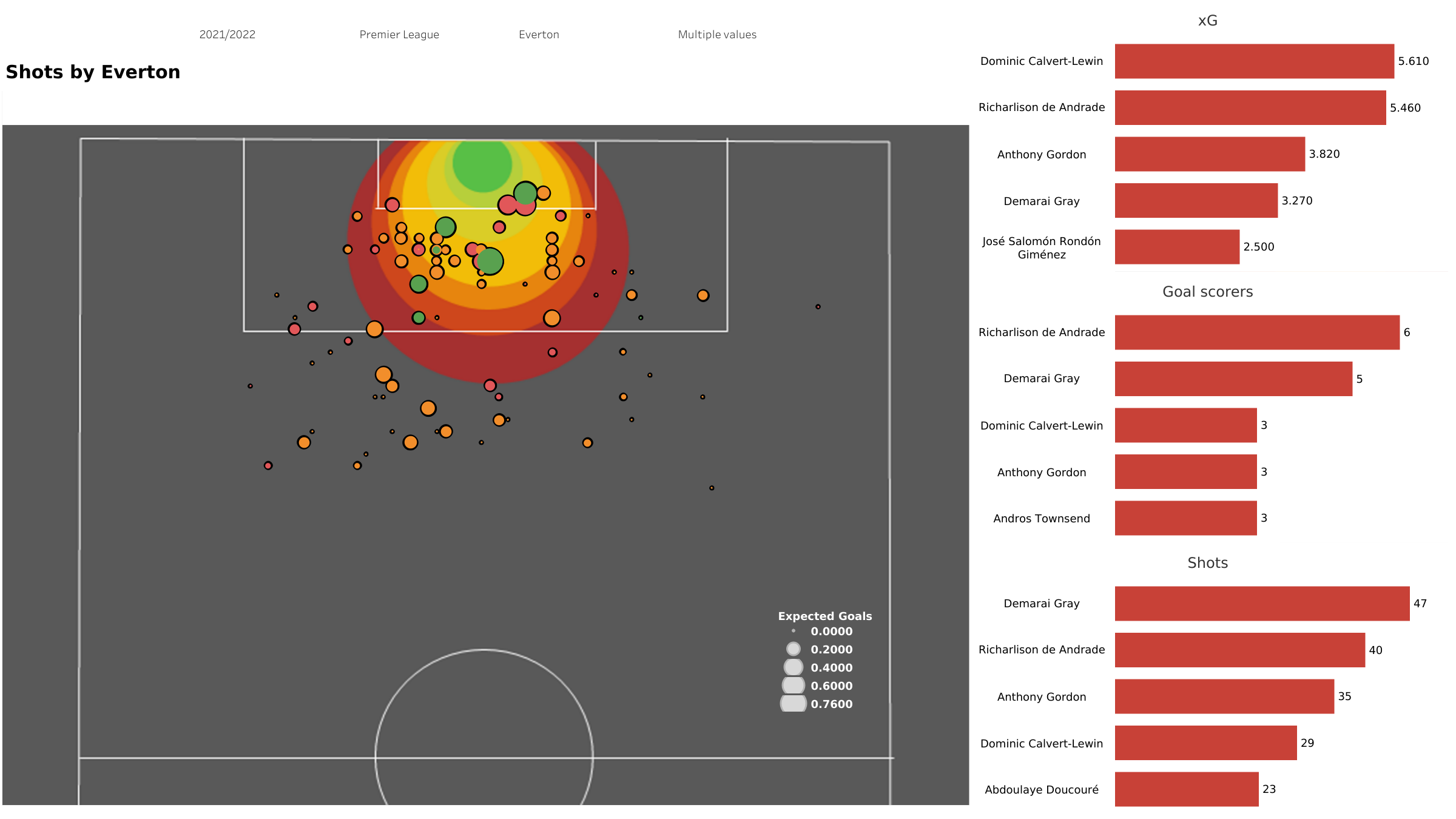 Everton have attempted 329 shots this season and average more than ten shots per 90 minutes. Of these 329 shots, only 106 have been on target. The Toffees are ranked 18th in the league for hitting shots on target. A total of 193 shots have been attempted from inside the opposition’s penalty box, with 70 of them being on target. Everton have failed to create a lot of chances from set-pieces, as observed in the above visual. They have only scored six goals from the set-piece situations this season.

Donny van de Beek and Yerry Mina could be back in contention after missing the previous game. Fabian Delph gave a solid performance in the midfield and could keep his place in the starting XI. 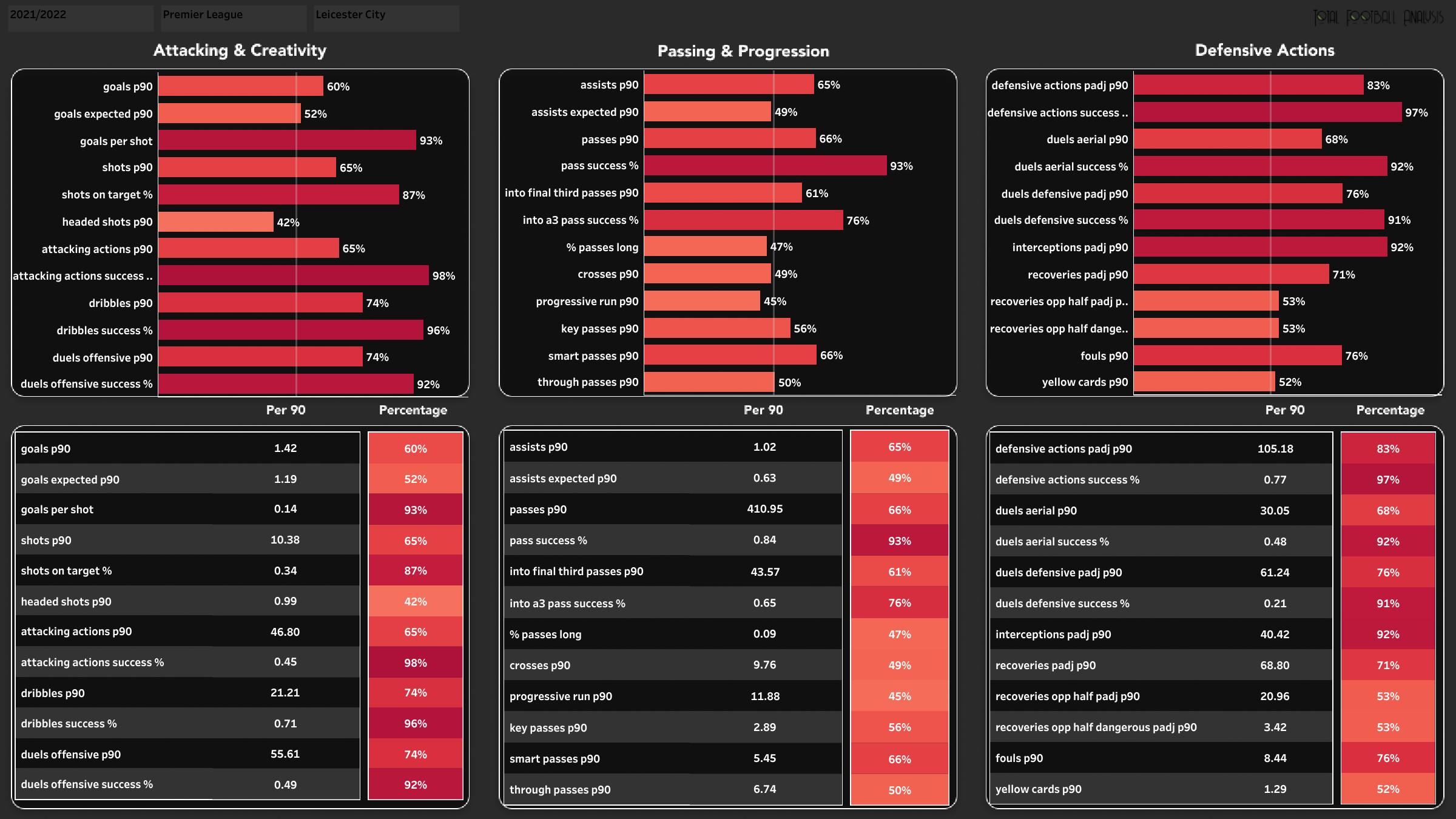 Leicester City have won 11, drawn seven, and drawn 12 games this season. The Foxes have managed to find the back of the net 46 times, with an xG rate of 38.6. In return, they have conceded 50 goals, with the second-highest xGA rate of 61.39. Leicester City, like their opponents, have struggled and have a low percentile rank in passing and progression charts. Other than this, they have the highest goals per shot ratio in the league. 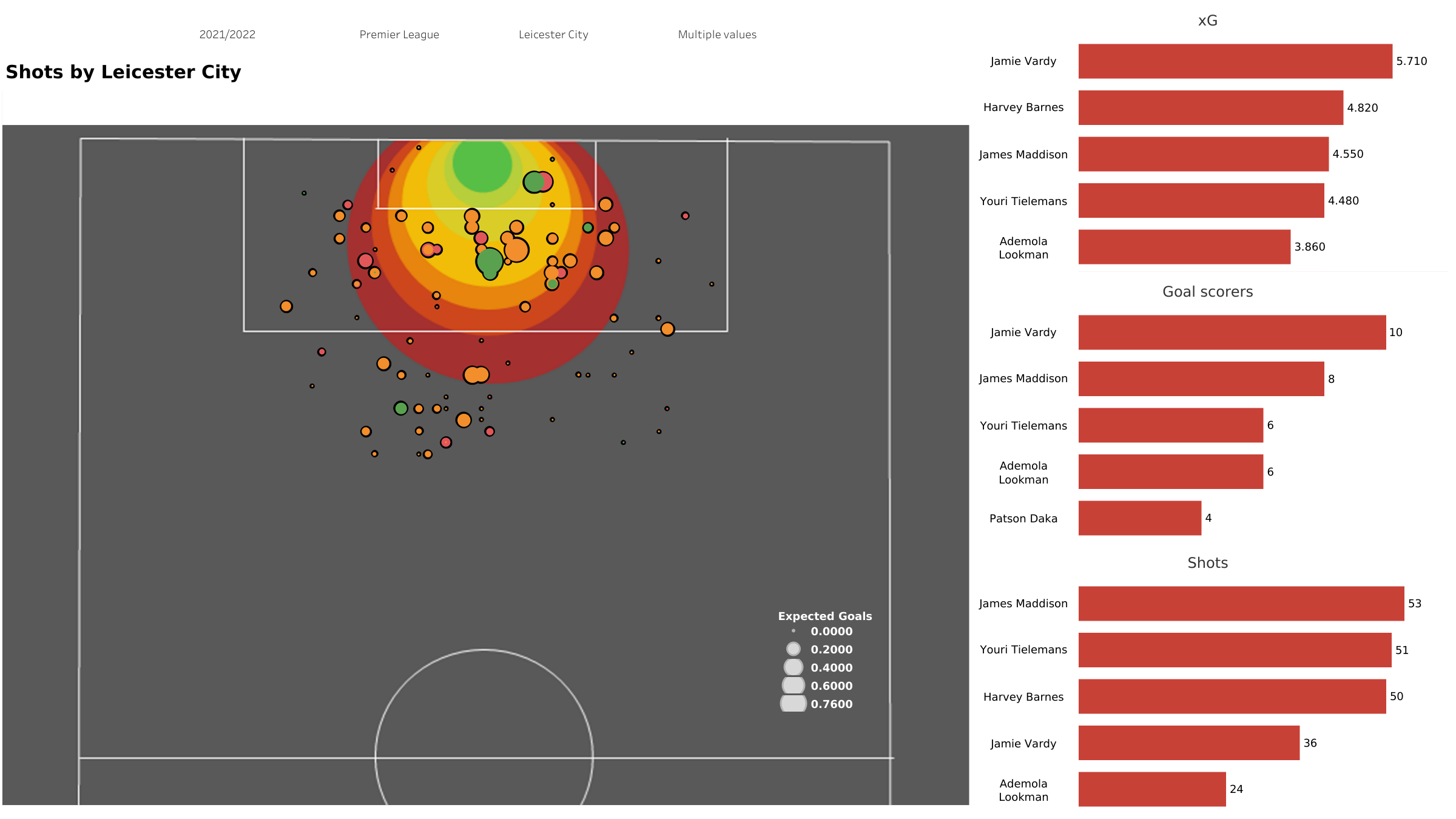 Leicester City attempted 337 shots this season and managed to hit the target 124 times. 199 shots have been attempted from inside the opposition’s penalty box, with 84 of them being on target. From the above viz, we can observe that Leicester City have also failed to score from set-pieces this season. The Foxes have scored six goals, and one was from a direct free-kick from outside the penalty box. James Maddison has attempted the most shots for Brendan Rodgers’ side.

Jamie Vardy, Wilfred Ndidi, Danny Ward, and Ryan Bertrand are still out of contention for this game. Wesley Fofana could return to the starting XI after warming the bench in the previous game.

Both teams need three points to keep their season on track and finish high in the league table. Everton will be high on confidence against a very attacking Leicester City side. Both teams will look to collect maximum points from this game.