Everton look to earn their first points of the season when they host newly promoted Nottingham Forest in the English Premier League. Frank Lampard’s men have had a poor start to the season, with both their matches ending in a losing cause. He is now under a bit of pressure and is already looking for players to improve his squad. Their opponents this weekend earned their first points of the season after a 1-0 victory over West Ham United.

Everton only have a single goal registered to their name, and that was an own goal. They have conceded three goals in return and the problems continue to pile up for Lampard. Nottingham Forest started the season with a disappointing loss against Newcastle United. However, they found their way past the opposition defence in the last match and earned a 1-0 victory over the Hammers.

Let us look at three points that tell us about how these two teams will play against each other.

Everton’s continuous struggles in the attack 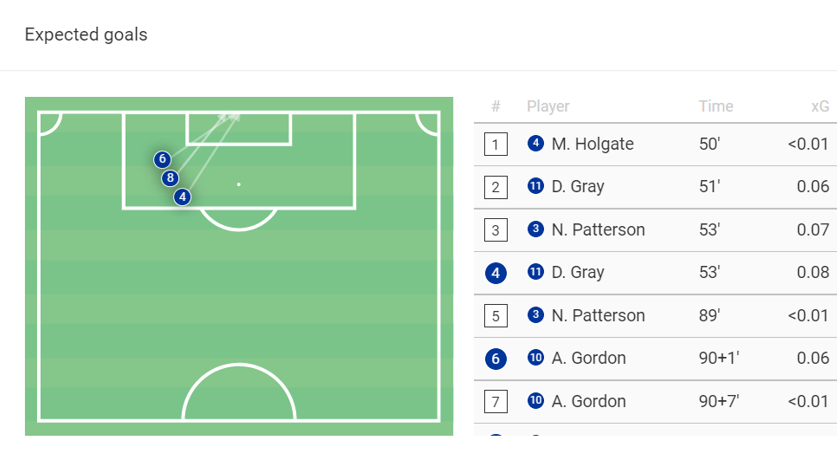 Everton’s poor attacking run in the league continues after failing to score a goal in the last two matches. Richarlison’s departure has affected the Toffees, and they haven’t signed a replacement for the Brazilian. Everton average 22 positional attacks and 7.5 shots per 90 minutes. The above viz shows the three shots that were on target for Everton. The other five shots were blocked by the opposition defenders. They have managed to hit the target but haven’t made the keeper work that hard. Frank Lampard will demand more from his players in this game. 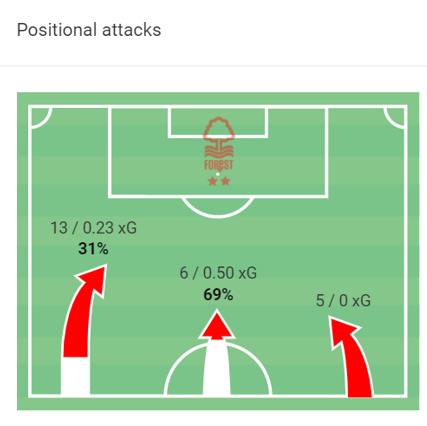 Nottingham Forest are finally finding the rhythm in the top division. They created 20 positional attacks in the first game and 24 in the last match. The xG rate also had a significant increase from 0.52 to 1.52. Forest have created most of their attacks from the left side. 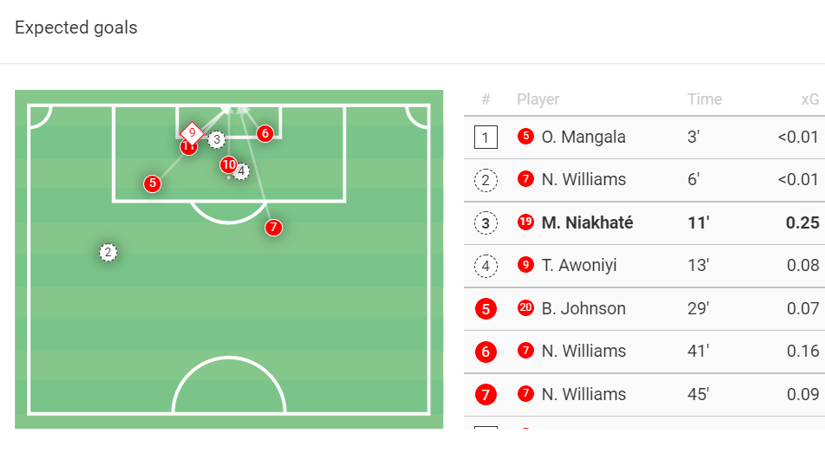 One of the main reasons behind the high xG rate was the shot accuracy rate and the number of attempts. Nottingham Forest attempted just five shots in the first match but were unable to hit the target. In the last match, they attempted 11 shots, with six on target. Most of the shots were attempted from inside the penalty box, with the goal being scored from inside the 6-yard box. They are starting to settle in the English Premier League and will be a threat to this Everton side. 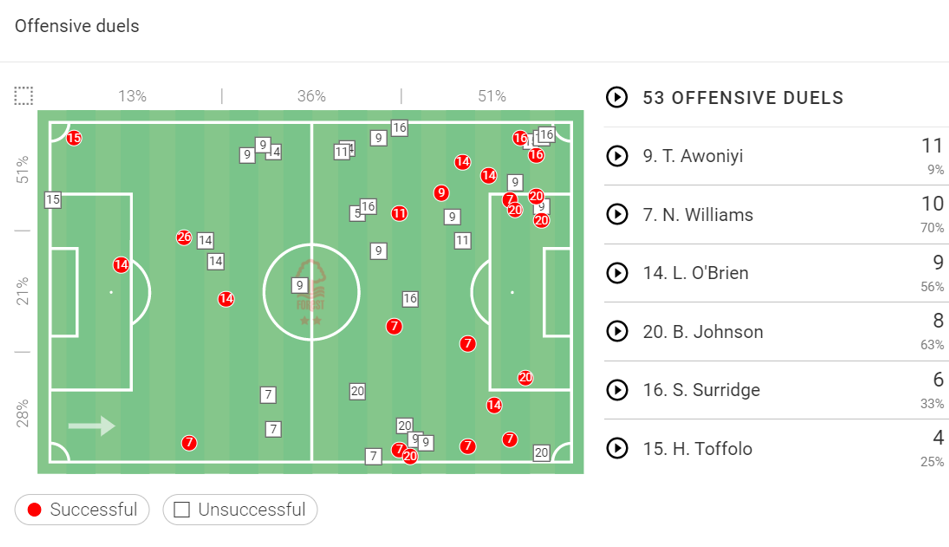 Nottingham Forest have a high average of 60.5 offensive duels with a 40% success rate. They contested 53 duels in the last match and won 43.4% of them. From the above viz, it can be noticed that Forest have won most of their offensive duels in the attacking third. This can put a lot of pressure on the opposition and they might concede a goal or two. 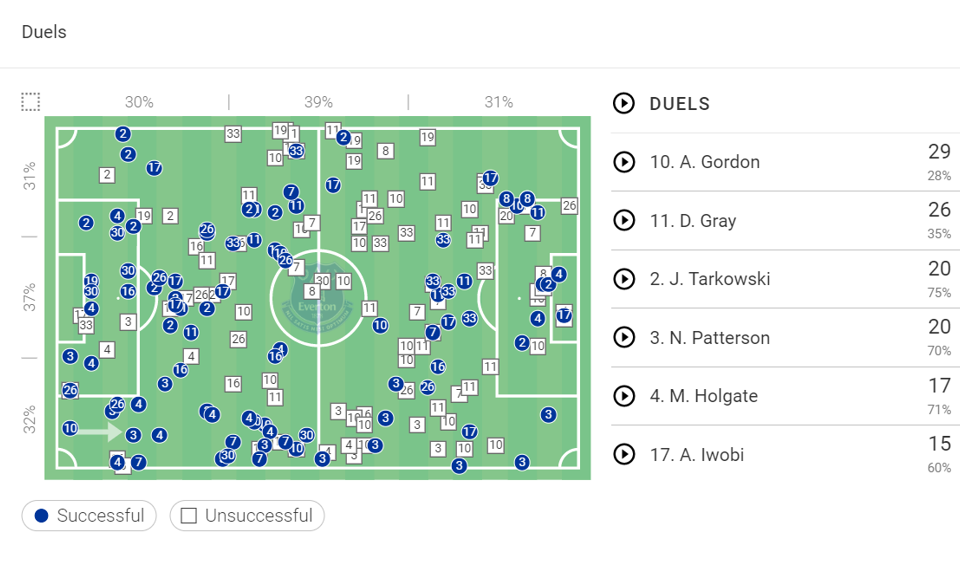 However, it won’t be easy for Forest players to win a duel against a resilient Everton defence. Everton have won 66.7% of their defensive duels and have a high win percentage in the defensive third. Lampard’s men won’t give easy chances to the opposition. Both these teams will go hard at each other in this match.

Frank Lampard is likely to make some changes to the team after his players struggled to score goals. Salomon Rondon could lead the line, with Anthony Gordon, a transfer target, shifting to the wings. Amadou Onana could earn his first start ahead of the injured Abdoulaye Doucouré.

Nottingham Forest will stick with the same team that got them their first points of the season.

This will once again be a test for Frank Lampard as his side look to earn their first points of the season. They have struggled to attack, and Lampard will demand his players be more clinical and creative. Nottingham Forest, on the other hand, will look to take advantage of the current situation and earn maximum points from this away fixture.

The EPL Stats Gallery: Recovery in A3, defensive duels, counterattacks and more from Aston Villa vs Everton