St. James’ Park is the venue for Tuesday’s Premier League match between Newcastle and Everton. Both sides have reinforced their squads with new signings and would be looking to revive their form after struggling in the first half of the season. Can the Toffees manage a perfect start in the Premier League under a new manager?

Newcastle were the highest spenders during the January transfer window in the Premier League. They have made multiple additions to their squad, with the likes of Bruno Guimaraes, Dan Burn, Matt Target, and Chris Wood joining their ranks. Newcastle’s poor form in the league sees them in the relegation zone with two wins, nine draws, and 10 losses in 21 matches. The Magpies would need to produce a string of decent results heading into the second half of the season if they are to avoid relegation. They are unbeaten in their previous three games in the league and would be hoping that new signings will significantly aid them in their bid to move out of the relegation zone. Jamal Lewis, Matt Ritchie, Issac Hayden, and Callum Wilson are all set to remain out for the upcoming fixture against Everton, while Joelinton and Dummet are doubtful as well. 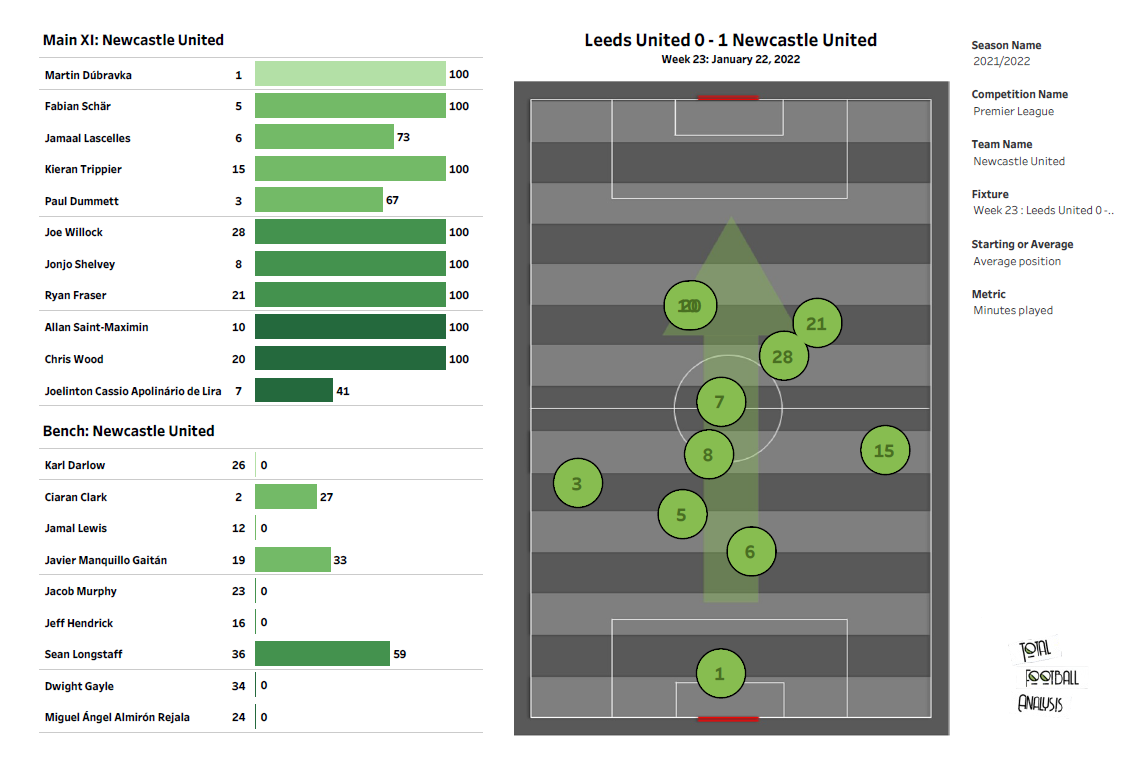 Newcastle came out on top in their previous match against Leeds. We can see in the above viz. that the Magpies were lined up in a vertical shape on the pitch. Saint-Maximin and Chris Wood were both highest up the pitch for their side. Both the full-backs occupied spaces in their half. 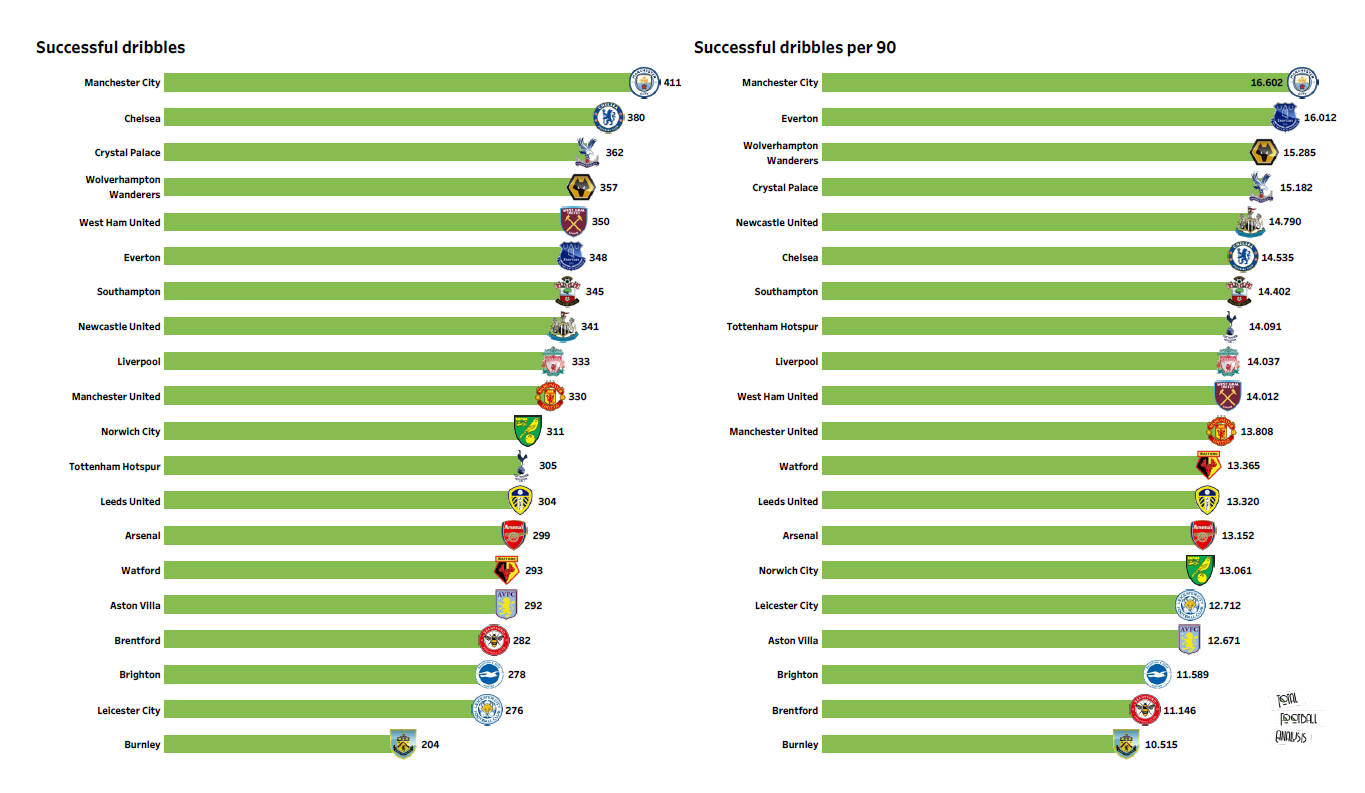 After undergoing plenty of changes, both in management and in their squad last month, Everton would be looking to climb up the league table. Their disappointing form during the first half of the season saw them slip down to the 16th spot in the league with five wins, four draws, and 11 losses in 20 games. Frank Lampard, the new manager, got the Toffees off to a perfect start as they came out on top in a convincing 4-1 victory over Brentford in the FA Cup. Goals from Mina, Richarlison, Holgate, and Townsend made sure that Everton move to the next round of the FA Cup. Their recent victory will provide Everton with a much-needed confidence boost, as they would be looking to end their run of three successive defeats in the league. Ben Godfrey came off in the last game against Brentford and will remain unavailable for the upcoming match. Davies, Doucoure, and Delph are all nursing injuries and are set to remain out as well. Calvert-Lewin, Alli, Van de Beek, and El Ghazi could be in contention for the match. 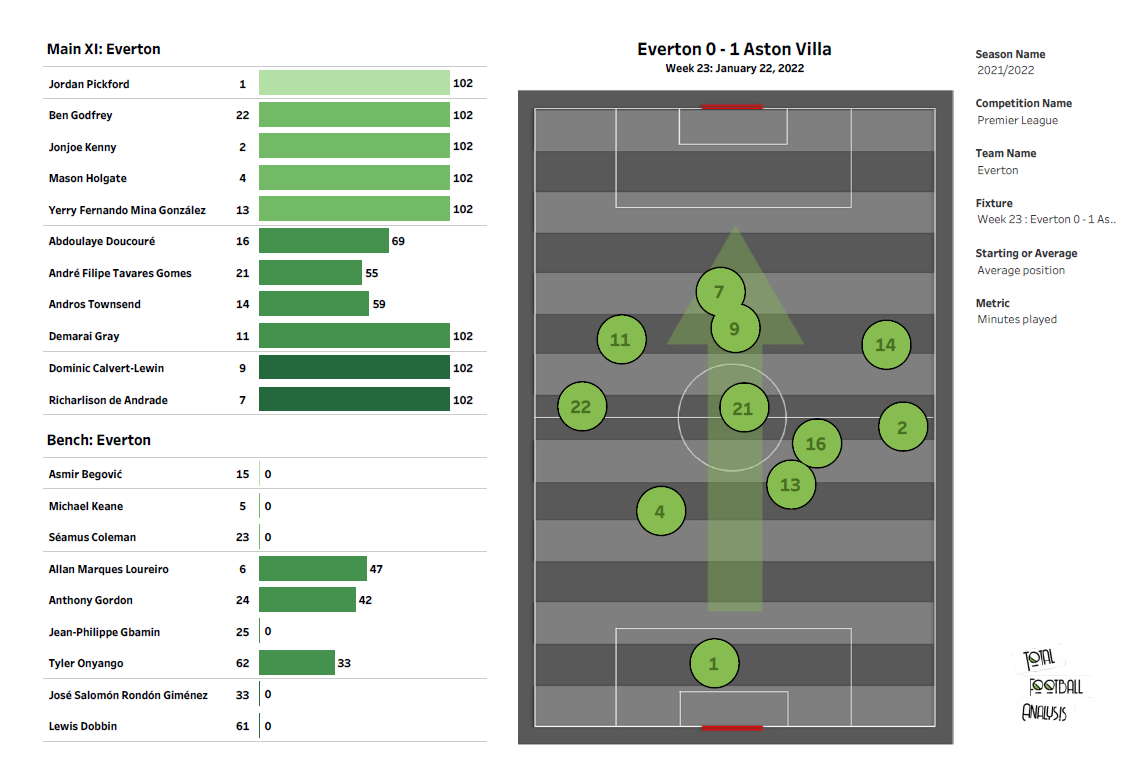 In the above viz., we can see the average positions of Everton. Both the full-backs pushed high up the pitch near the centre. Richarlison was the man highest up the pitch, with Calvert-Lewin close behind. The Toffees were unable to get back into the match despite occupying multiple spaces in the opponent’s half. 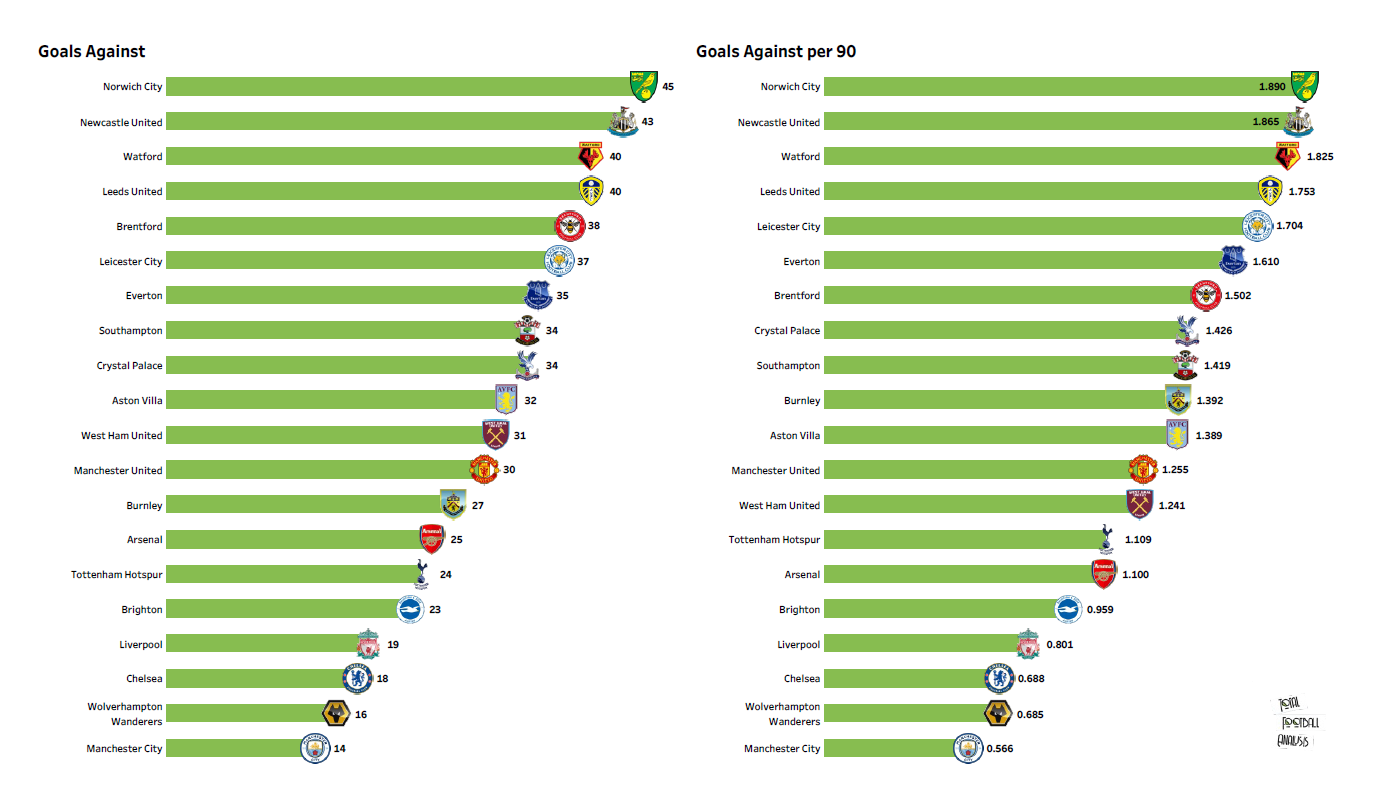 Everton have conceded the seventh-highest number of goals this season. They concede an average of 1.61 goals per match. Defensively, the Toffees have been poor and would be looking to improve under Lampard.

With both sides desperate for a win, this should be an evenly contested match. However, the Toffees should come out on top, given that Newcastle’s new signings might need a few games to settle in.