Everton will look for a third consecutive victory when they take on relegated Watford in the English Premier League. The Toffees have moved out of the relegation zone after victories over Chelsea and Leicester City in the previous rounds. Frank Lampard’s men have shown some form towards the end of the season and will look to finish further up the table. Watford suffered their sixth defeat in a row and have been relegated from the Premier League once again.

Watford suffered their 25th defeat of the season against Crystal Palace at the weekend and have only won six and drawn the remaining four fixtures. They have lost the most matches in the league this season. The Hornets have scored 32 goals and conceded 70. The xG and xGA rates of the team are 35.13 and 59.55, respectively. 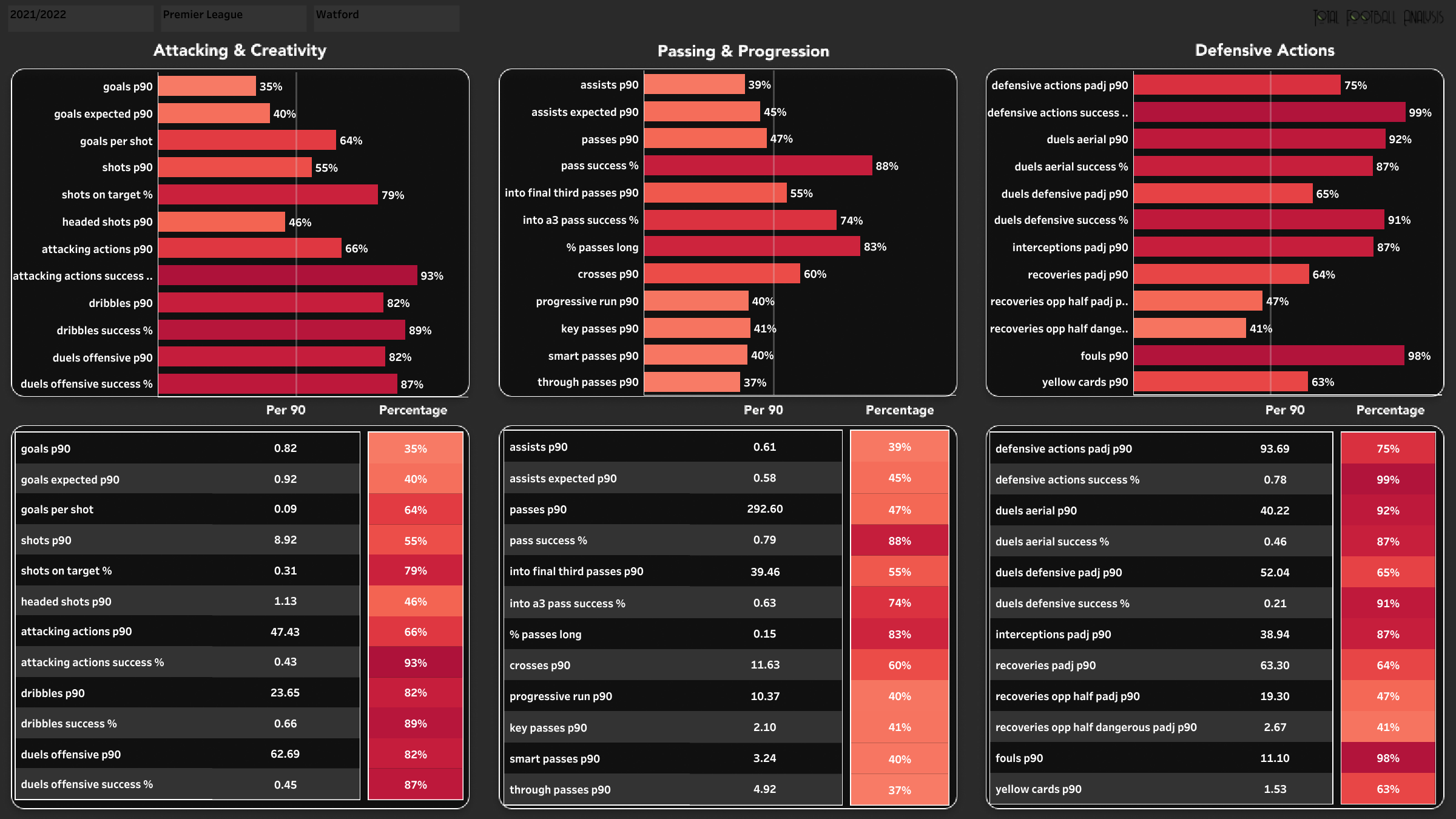 When looking at the above chart, the general rule is that the longer the bar, the better the performance — you can see the league average in the middle, and the % is the percentile rank the player is in. By looking at the Attacking & Creativity charts, we can observe that the home team has a high percentile rank for attempting dribbles and contesting offensive duels. Their passing has been a concern, and the team has a low percentile rank. Defensively, the Hornets are strong in the air and have made more than 38 interceptions per 90 minutes. 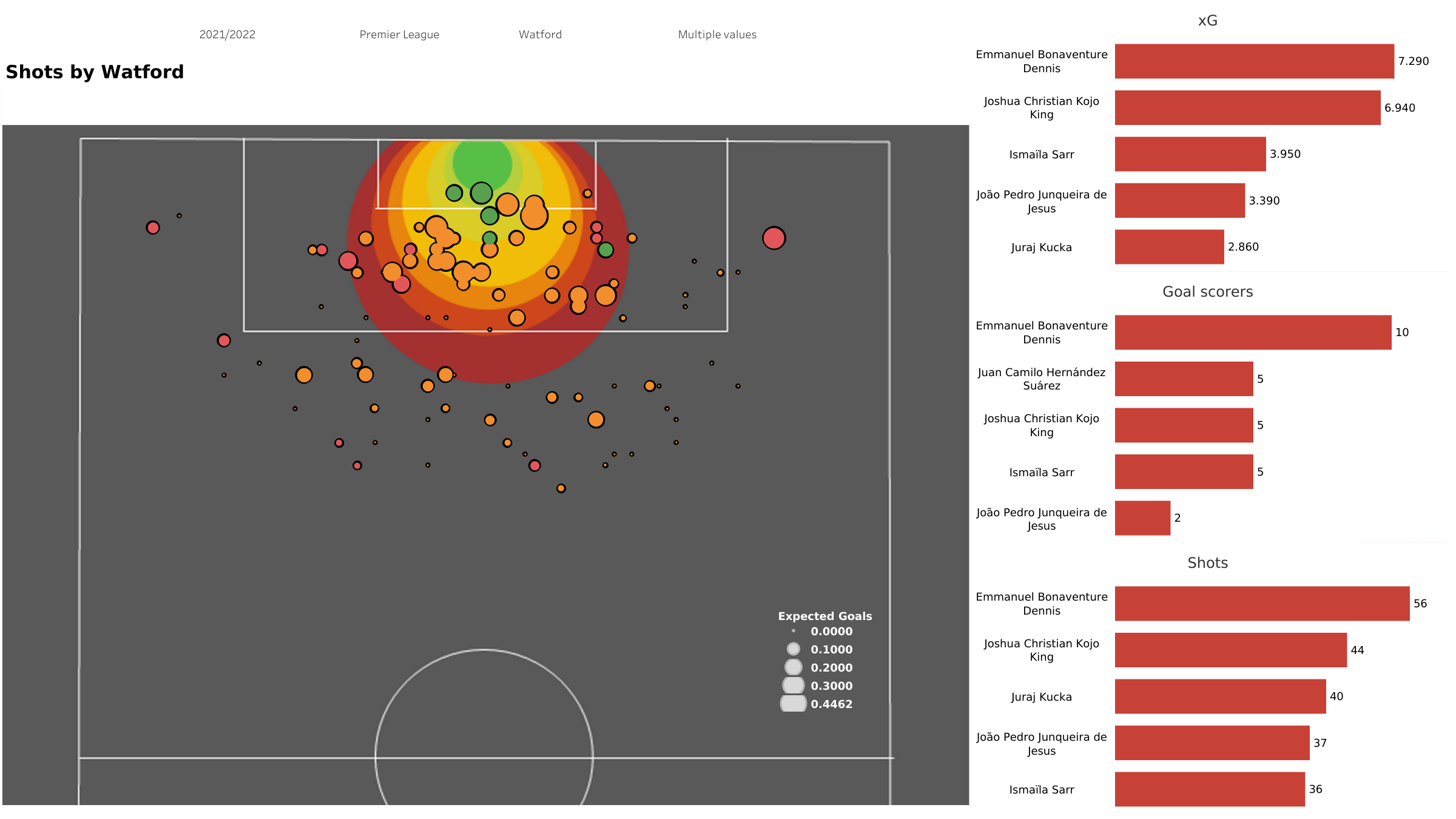 Watford attempted 339 shots, and 115 of them were on target. The home team attempted 192 shots from inside the opposition’s penalty box, with 87 shots on target. The above viz shows all the shots attempted from set-pieces, except the penalty spot. Watford have only scored five goals and have attempted a few shots.

Hassane Kamara was sent off in the last game, and the midfielder will serve a suspension this week. Tom Cleverley and Samir suffered knocks in Watford’s previous game and will be out of this match, alongside Kiko Femenia, Emmanuel Dennis, Joshua King, Nicolas Nkoulou, Ismaila Sarr, Juraj Kucka, Cucho Hernandez, and Imran Louza.

Everton have won three of their last five games and have only lost to Liverpool in the process. Overall, the Toffees have won ten, drawn five, and lost 19 games this season. They have scored 37 goals past the opposition goalkeeper with an xG rate of 41.32. In return, they have conceded 56 goals with an xGA rate of 50.64. 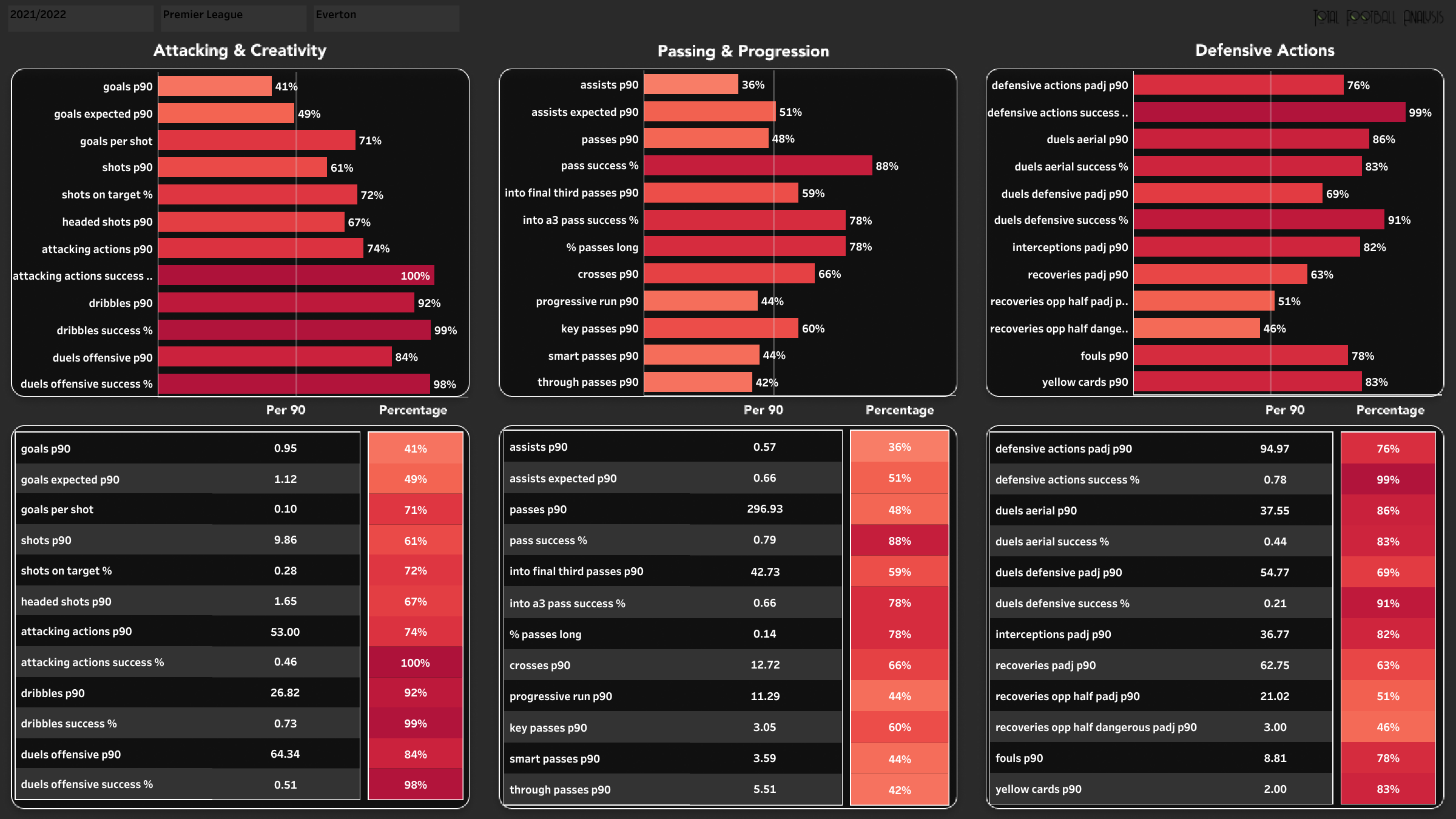 The Toffees have also struggled like their opponents and have a deficient percentile rank in the Attacking & Creativity charts, alongside the passing and progression charts. The team has given average performances, resulting in a finish in the bottom half of the table. 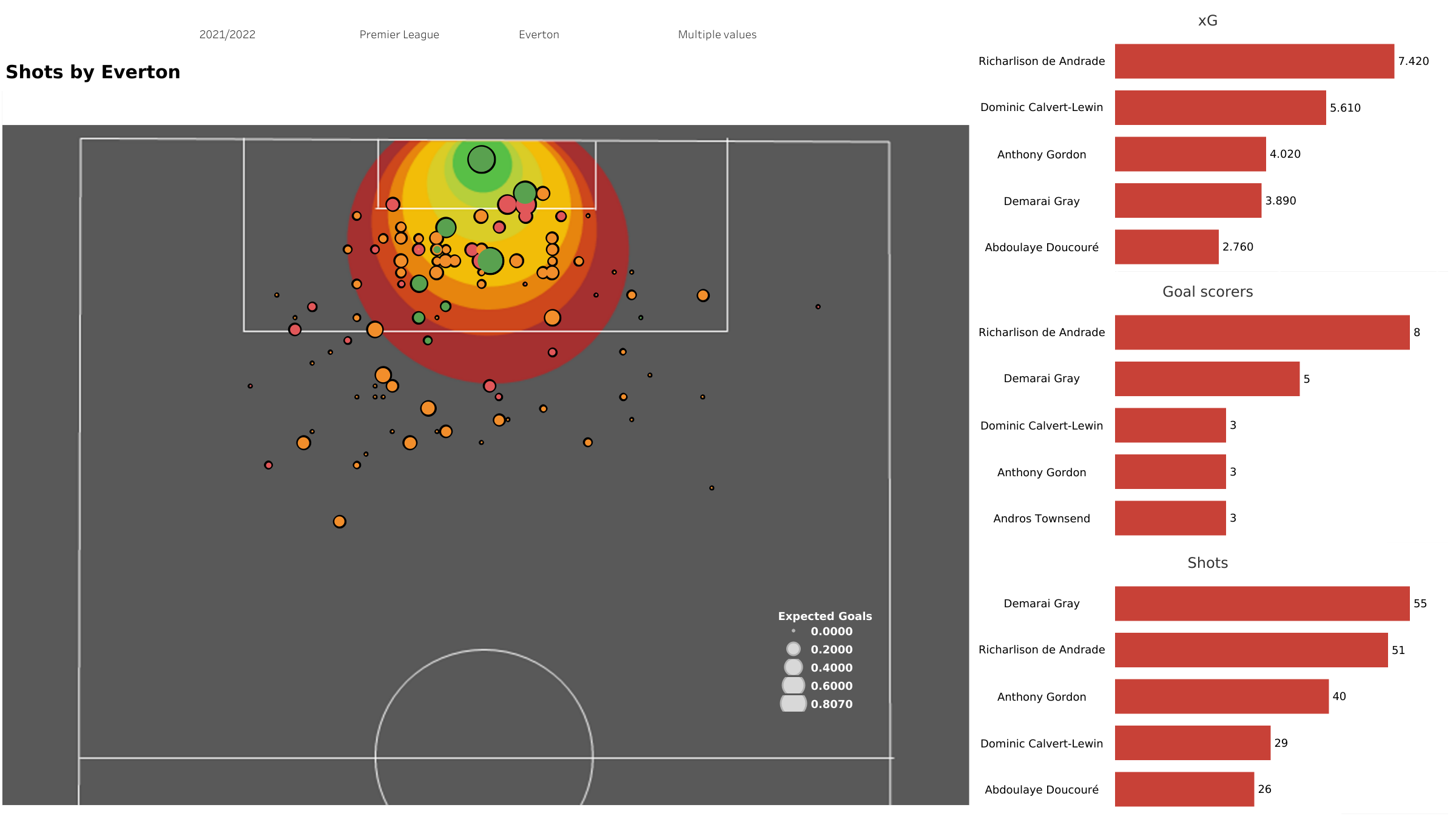 Vitaly Mykolenko and Yerry Mina were injured in the last game and could miss this match. However, Mykolenko could retain his place as the player is likely suffering from a cramp. Donny van de Beek, Ben Godfrey, Nathan Patterson, and Andros Townsend will miss the remainder of the season.

Everton will look for three consecutive victories and move a step closer to safety. They are the in-form team and will go high in confidence against a struggling Watford side.