Everton ended the English Premier League 2021/22 season with a 1-5 defeat away at Arsenal. This was their 21st loss of the season in the league. Arsenal, on the other hand, failed to qualify for the UEFA Champions League and finished fifth in the league table.

What were the xT creation zones for Arsenal? Who won the highest number of aerial duels for Everton? 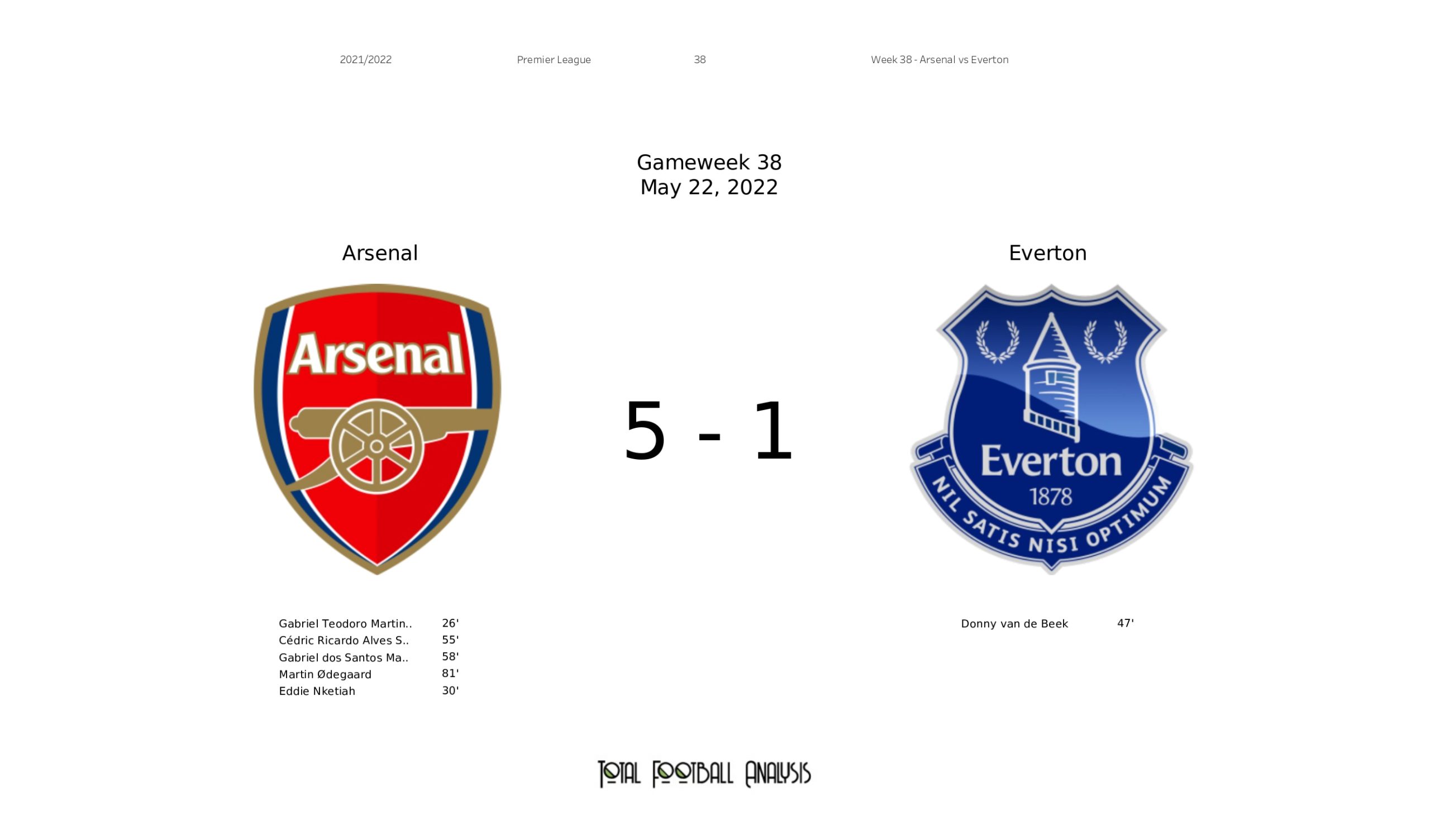