Aston Villa will host Everton in the opening fixture of Gameweek Two of the 2022/23  English Premier League season. Villa began their season with a disappointing 0-2 loss away at AFC Bournemouth. Everton also had a disappointing start to the season after going down 0-1 at home to Chelsea. Now, these teams meet each other in the hope of collecting their first points of the season. Notably, this is the first managerial meeting between Frank Lampard and Steven Gerrard.

AFC Bournemouth marked their return to the English Premier League with a win over Steven Gerrard’s Aston Villa. Despite dominating possession (65%) and creating more attacks than the opposition, Villa players failed to find the back of the net.

Chelsea were the visitors at Goodison Park, and they took three points away from Frank Lampard’s men. Everton players tried their best to beat Chelsea, but they were behind in every department.

Let us look at the three things that could happen in the next match according to the stats obtained from the last match.

Aston Villa started the game in a 4-3-3 formation. In the first half, Gerrard’s men played with two wide men and a lone striker who was supported by two attacking midfielders featuring wide. In the second half, the former Rangers manager changed tactics to a 4-2-3-1 formation. He introduced three attacking midfielders to support the striker. Aston Villa players attempted 16 shots but only managed to keep two on target. This will be the main concern for the manager. 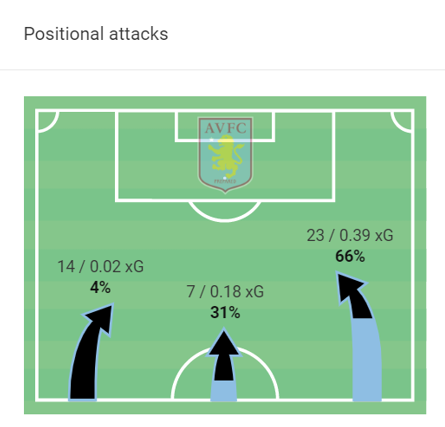 Everton’s threat on the counter 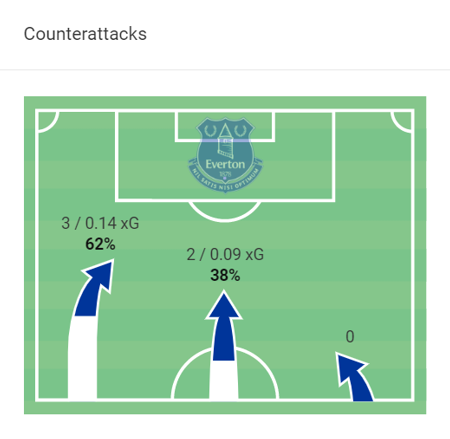 Lampard’s men knocked on Chelsea’s door but were unable to get past the defence. They created 22 positional attacks, with 11 coming from the right side. However, most of the counterattacks were created from the opposite side. The Toffees ended the match with five counterattacks, with three coming from the left side. Aston Villa are likely to keep more possession of the ball, and Lampard might go with the same tactics in this match. 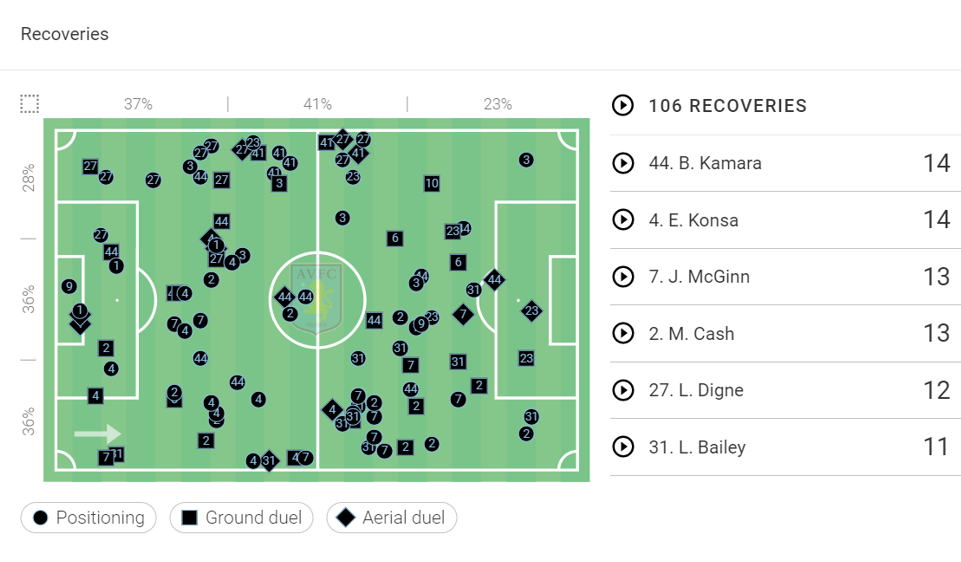 Aston Villa’s constant attack led to 106 recoveries in the last match. They made 40 inside the middle third, 39 in the defensive third, and 27 in the attacking third. The above viz shows that most of the recoveries inside the opposition’s half were made by winning a duel. Aston Villa players’ ability to win the ball high up on the pitch will be a threat to Everton’s defence. 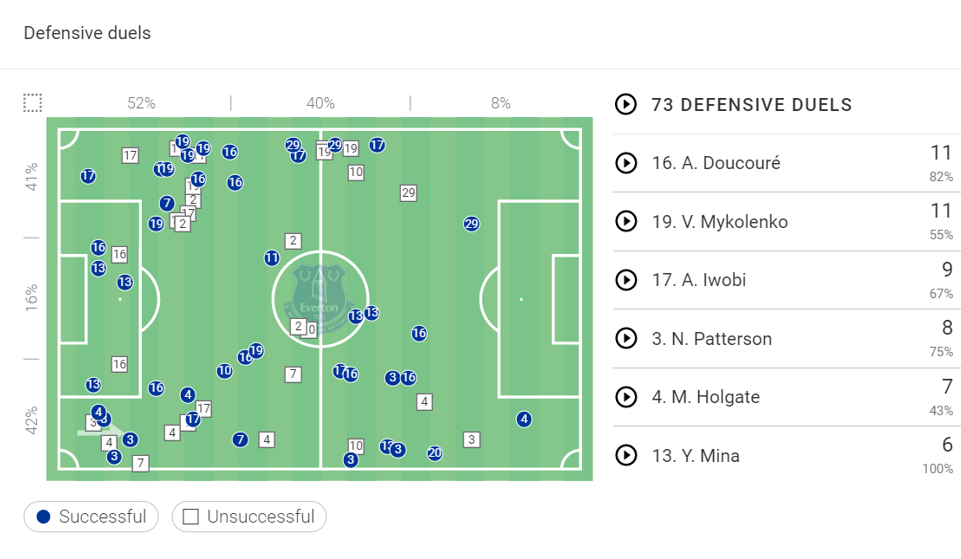 Everton players were defensively sound in the last game except for winning aerial duels. The above viz shows that the Toffees won most of the defensive duels in crucial areas, and that too against a tough opponent. Abdoulaye Doucouré will play a key role in the midfield to stop Aston Villa players from attacking. Everton players will also look to win most of the duels high up on the pitch.

Aston Villa have no new injury concerns, and Gerrard will have options to choose his starting XI. Ollie Watkins started on the bench in the last game, and he might be preferred ahead of Danny Ings in this.

Lampard is likely to stick to the 3-4-3 formation. He will make some changes after Yerry Mina and Ben Godfrey were ruled out for a lengthy spell on the treatment table. This means that new signing Conor Coady could be in for a debut. Salomon Rondon could be another inclusion in the playing XI after playing the last match without a natural number nine.

Both managers will be under pressure after losing their first matches of the season. Aston Villa will have the home advantage and will go as favourites. Everton will also not back down as the team will look to compete for a top-half finish. This is a very important match for both managers to take the momentum into the new season.