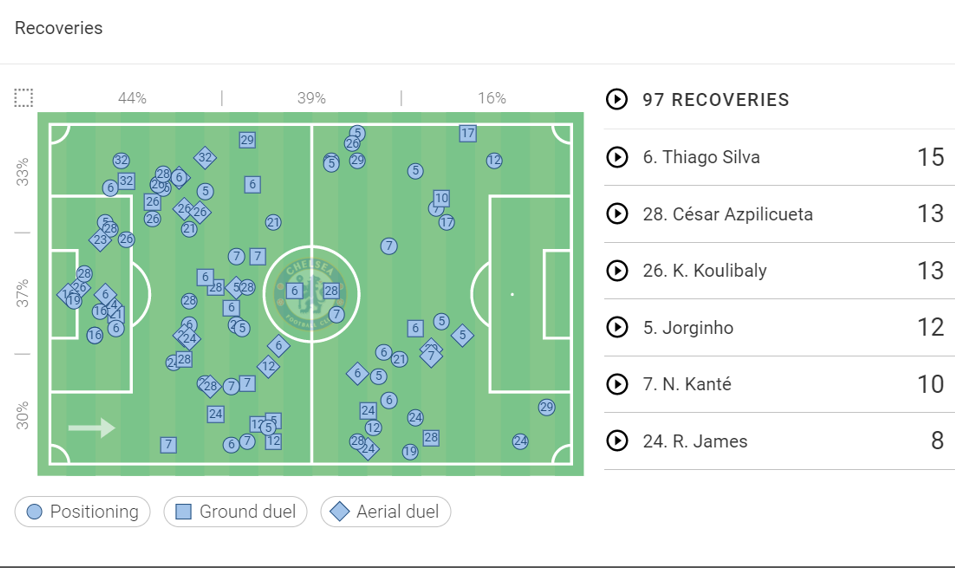 Chelsea players made five more recoveries than their opponents. They made 43 recoveries in the defensive third, 37 in the middle third, and 19 in the attacking third. Most of the recoveries inside the opposition’s half were made on the right.

Everton supporters will be disappointed with the result. However, they tried their best without a number nine in the team. Frank Lampard needs fresh faces to help his side to a better finish this time. He will look for some improvement in his next match from his players.