Everton are still chasing their first victory of the season after Frank Lampard’s men were held to a 1-1 draw at home by Nottingham Forest in the English Premier League. Everton finally registered their first points of the season but are still struggling to find goals. Nottingham Forest, on the other hand, are unbeaten in the last two games and are starting to make their mark in the English top division. Brennan Johnson gave his team the lead in the 81st minute. Nottingham were cruising for their second consecutive victory, but Demarai Gray spoilt the plans of the visitors.

What were the attacking zones for Everton? Which Nottingham Forest player contested the most duels? 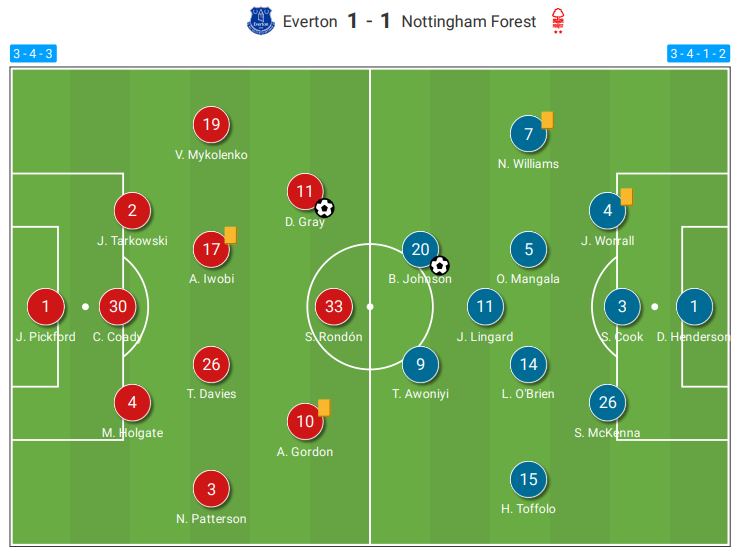 The EPL Stats Gallery: Recovery in A3, defensive duels, counterattacks and more from Aston Villa vs Everton