Norwich City stunned Everton 2-1 at Carrow Raod as the Toffees suffered another defeat in the Premier League. The Canaries took the winning points in the final moments when Michael Keane scored an own goal.

We’ve broken down all the key stats for you to digest, including;
* shot maps
* xT (expected threat)
* pass networks
* xG timelines
* defensive duels
* average positions and much more!

Which team dominated possession? Which player had the highest xG in the match?

To navigate the stats gallery simply click on the numbers to move through the pages. 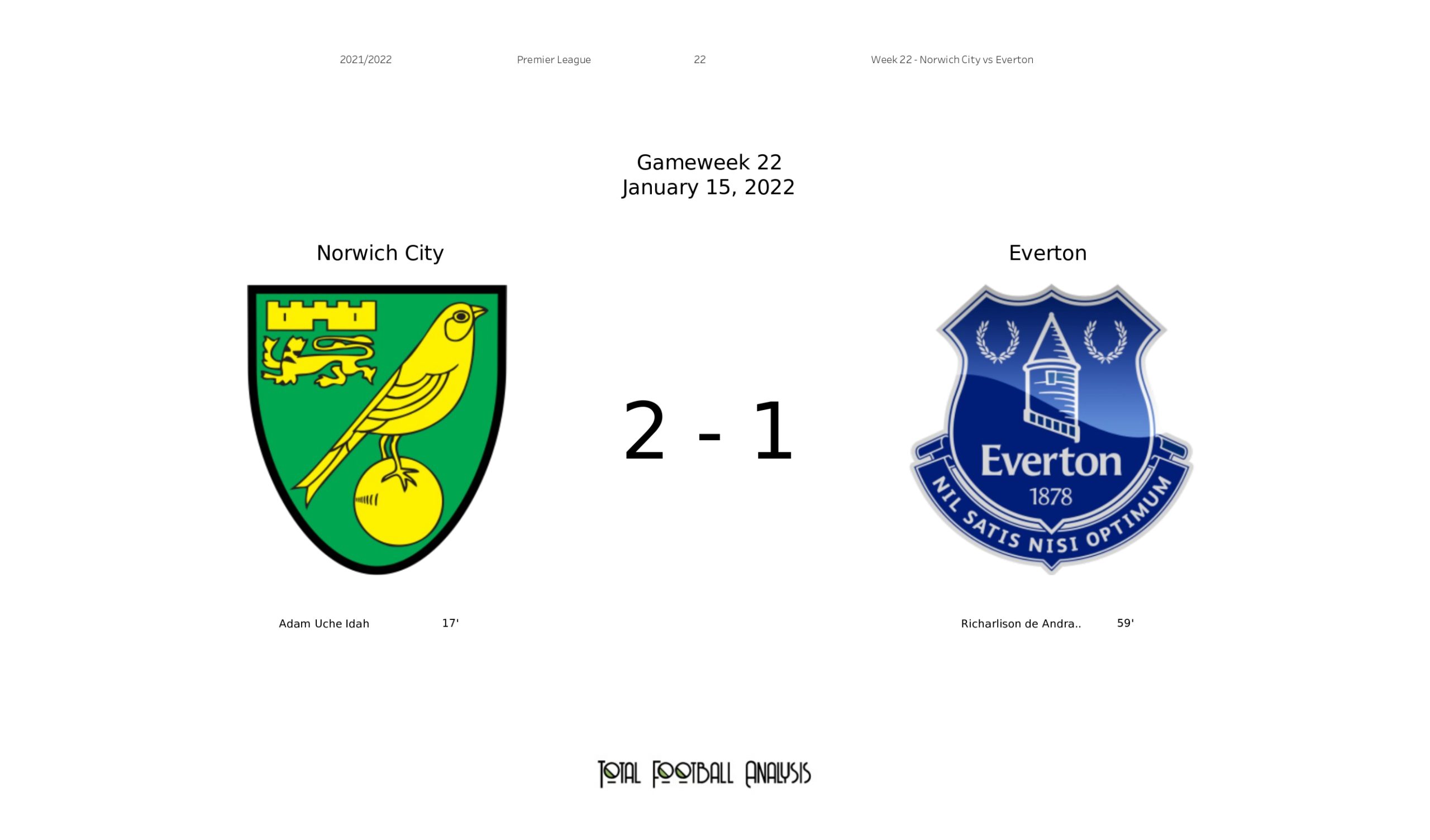