Everton have shown interest in signing Manchester City’s left-back, Oleksandr Zinchenko. The 25-year-old Ukraine international is set to leave the club after winning four English Premier League titles with the Manchester club. He is a versatile player who can also play in the midfield. Everton faced a lot of injury crises, especially in a similar position. Lucas Digne left the club for Aston Villa, and Nathan Patterson was out injured. Zinchenko once again impressed this season with Manchester City and got some game-time on the pitch.

Zinchenko made 15 appearances, five of which came off the bench. He failed to score a goal this season but provided four assists. The full-back also made eight UEFA Champions League appearances and provided two assists. 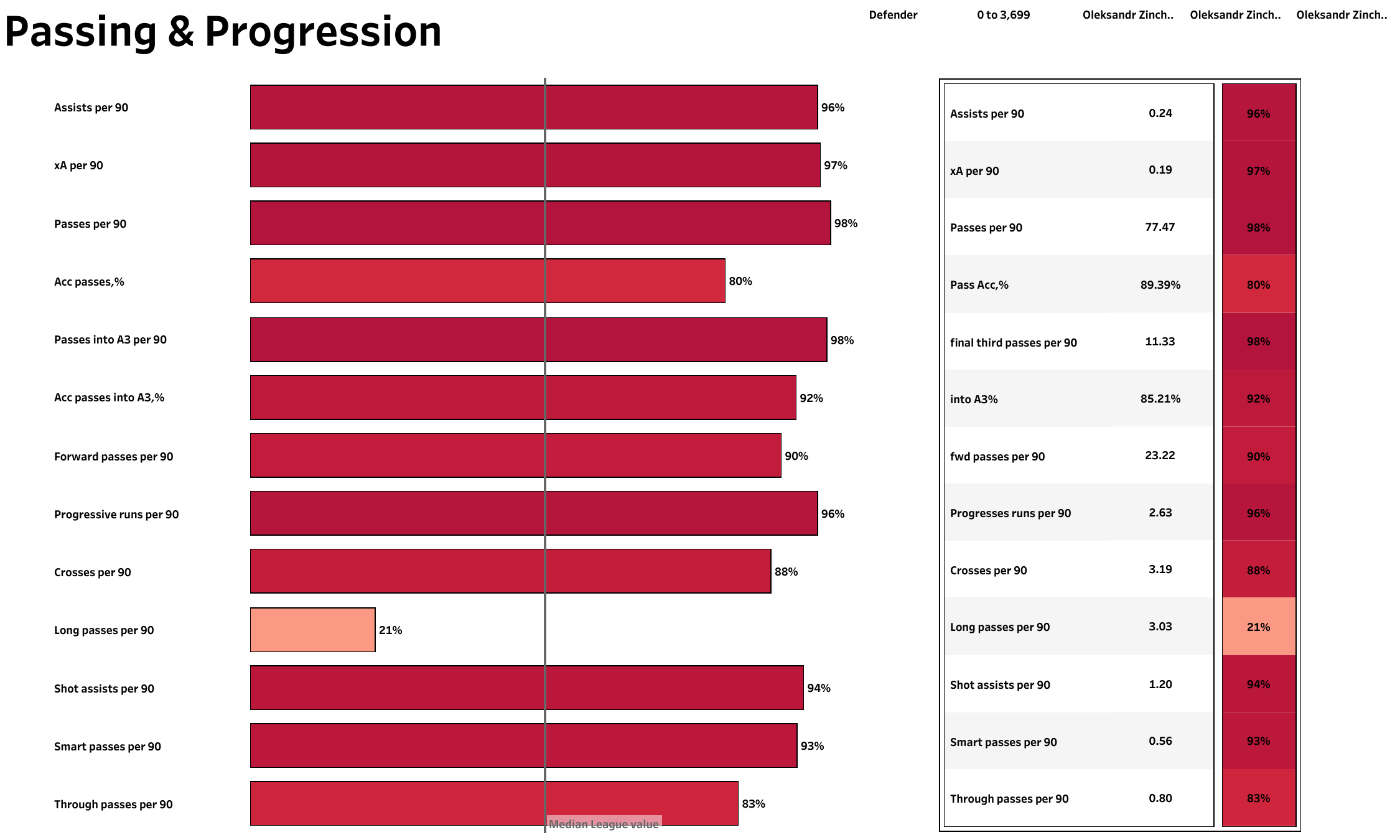 Zinchenko impressed everyone with his passing. Manchester City have players who can pass the ball well and are quick on their feet. When looking at the above chart, the general rule is that the longer the bar, the better the performance — you can see the league average in the middle, and the % is the percentile rank the player is in. The above stats are in comparison to other defenders in the league. Zinchenko averaged 77 passes per 90 minutes with a high accuracy rate of 89.39%. Of these 77 passes, 11 were attempted into the opposition’s final third with an accuracy rate of 85%. The 25-year-old attempted 23 forward passes per 90 minutes. This tells us that Zinchenko was very good at passing the ball. He created constant threats. 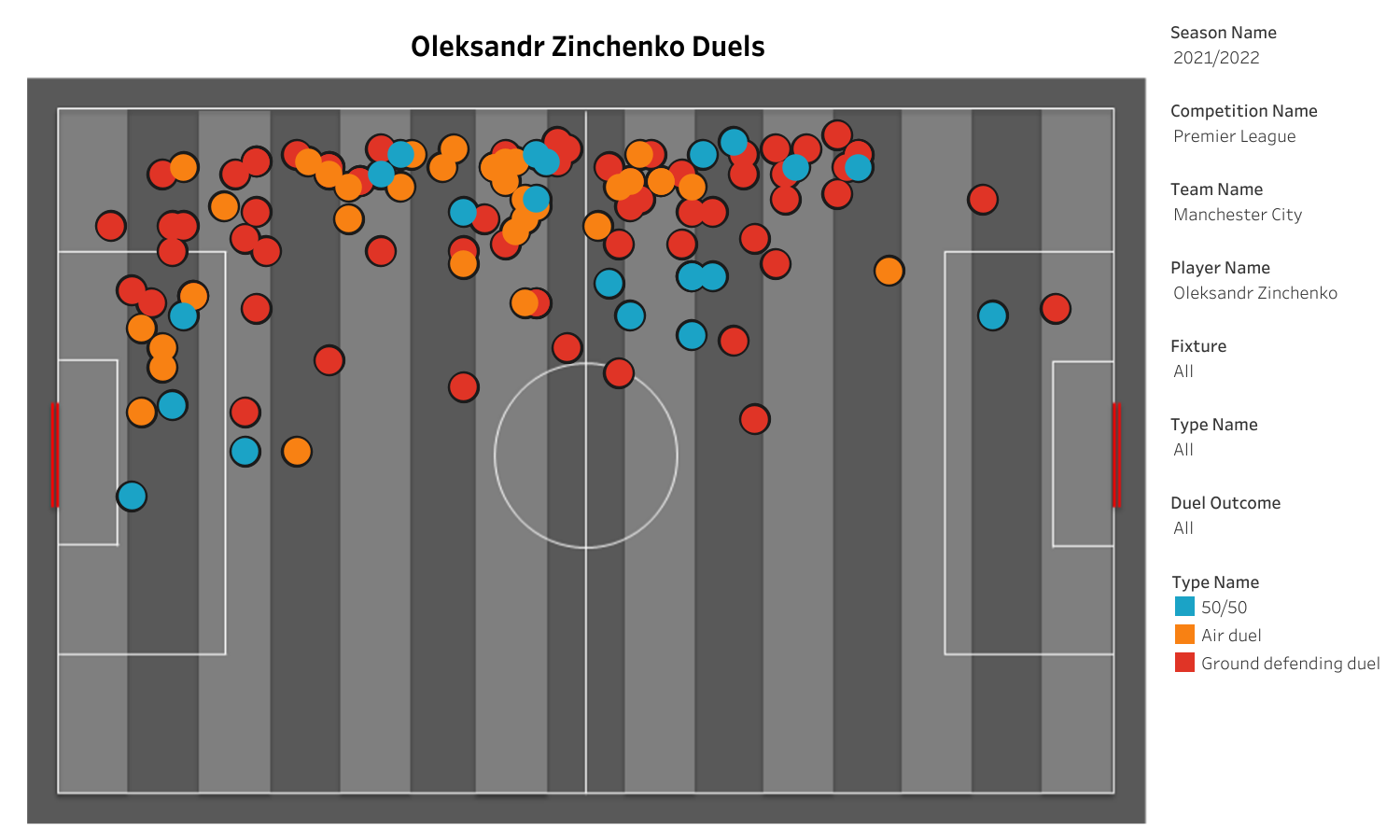 The above viz shows all the duels that were contested by Zinchenko throughout the season. He contested 5.11 defensive duels, 2.87 aerial duels and 1.68 loose ball duels per 90 minutes. The player won 28.13% of his defensive duels, 55.56% of his aerial duels, and 38.1% of his loose ball duels. Most of the duels were contested in the middle third and high up the pitch. Manchester City dominated possession, and the average position of the full-back remained inside the opposition’s half. 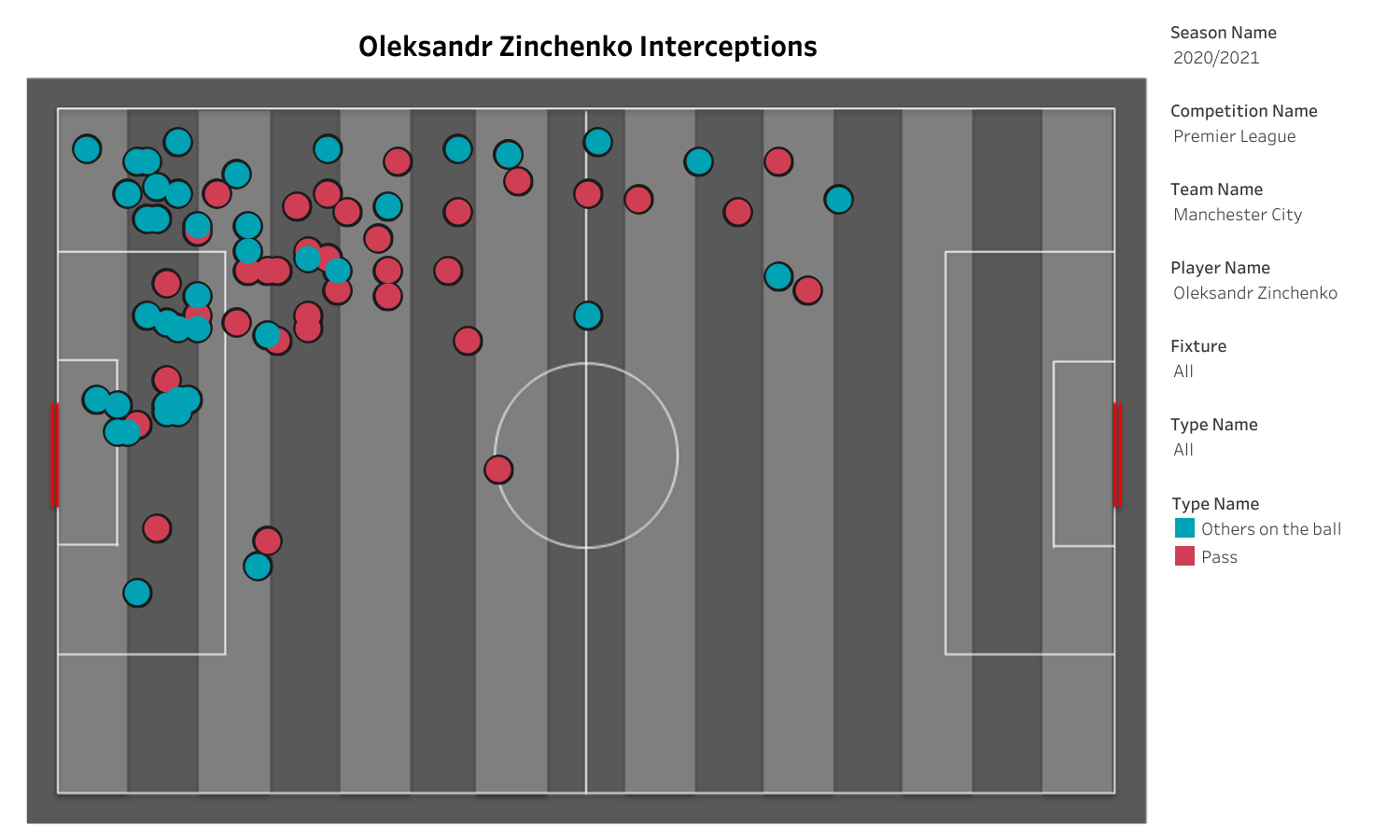 The Ukrainian also attempted 12 shots and managed to hit the target five times. Oleksandr Zinchenko could be the solution to Lampard’s left-back problems. He can even fit in the midfield, giving him another option. They will look to sign him before the rivals approach him.

Everton vs Brentford Preview: Defensive duels, recoveries, shots from open play and more – what do the stats say?